Trust in Me (Lim Young-woong song)

"Trust in Me" (Korean : 이제나만믿어요; RR : Ije Naman Mideoyo;lit. Now Only Believe Me) is a song recorded by South Korean trot singer Lim Young-woong. It was released for digital download and streaming as a single on April 3,2020,through TV Chosun under license to Kakao M. Written by Kim Eana and composed by Cho Young-soo  [ ko ],the track was produced as a special song for Lim,who became the final winner of the reality television show Mr. Trot . Lyrically,the ballad trot song depicts a person's heartfelt gratitude towards his or her beloved people. A piano version of the song was also released as a single on June 22 of the same year,with its accompanying music video simultaneously uploaded onto Kakao M's official YouTube channel.

"Trust in Me" attained commercial success,peaking at number 11 on the Gaon Digital Chart and becoming the singer's first top-20 single in South Korea. Additionally,the song won a Melon Music Award for Best Trot and a Genie Music Award for Best Trot Track. In Gallup Korea's annual year-end survey for 2020,it was ranked as one of the 10 most favorite songs by both people aged 13–39 (no. 6) and people aged 40 and over (no. 2).

"Trust in Me" is a special song produced for Lim,the final winner of the music competition show Mr. Trot . [2] It was written by lyricist Kim Eana and composer Cho Young-soo  [ ko ];they had previously worked together on Yoo San-seul's song "Redevelopment of Love" (Korean : 사랑의재개발; RR : Sarang-ui Jaegaebal). [3] As a combination of standard pop ballad and trot,the track expresses a person's heartfelt gratitude towards his or her beloved people,with the singer's sincere voice and delicate emotion. [2] Kim elaborated the background behind writing the lyrics,on her Instagram account:

"[...] I wrote the lyrics,wishing this song would be loved by all generations,just like children and adults sang along Noh Sa-yeon's song "Encounter" when I was a child. The plot and character were inspired entirely by Lim's brief words. There was an echo from stories that the winner was announced on the anniversary of his father's passing and he gave all the prize money to his mother. [...] I guessed he might want to say such words to his mother,and his fans who have continued supporting him from the start." [4]

"Trust in Me" (Piano by Cho Young-soo)

A waltz-esque piano version of "Trust in Me",arranged by Cho who composed the original track,was surprisingly released as a single on June 22 the same year. [6] According to New Era Project,the singer's management label,this version was recorded as a gift to his fans,with his thankful heart for their love and support. [6] Prior to its release,a snippet of the song was featured in a commercial for Maeil Dairies  [ ko ]' coffee brand "Barista Rules". [7] [nb 1]

An accompanying music video for the song was filmed by Maeil Dairies,as a birthday gift for Lim who had never released any official music videos since his debut. [9] The clip was uploaded onto Kakao M's official YouTube channel on the same day of the single's release. [10] The video begins with a scene depicting Lim entering an old building,dressed in black. Throughout the clip,he sings the song while playing a black piano placed in the center of the building. [10] As of March 31,2021,the music video has surpassed four million combined views on YouTube. [11]

The single debuted at number 20 on South Korea's Gaon Digital Chart for the issue dated March 29 –April 4,2020. [14] It became Lim's first top-20 entry on the chart,with its first two days of availability. The song rose to number 16 the following week, [15] fueled by its chart-topping downloads and soaring streams during its second week of release. [16] [17] Almost nine months later,it peaked at number 11. [18] As of April 8,2021,"Trust in Me" has spent 53 consecutive weeks in the top 100. [19] In addition,the song topped the component Download Chart for four weeks in total, [20] giving the singer his first chart-topper there,while peaking at number 34 on the component Streaming Chart. [21] Meanwhile,the piano version peaked at number 181 on the Gaon Digital Chart for the issue dated March 14–20,2021. [22]

"Trust in Me" also proved to be successful in a music program record chart,reaching the top five of SBS' Inkigayo Chart even almost one year after its release. [26]

After the release of "Trust in Me",Lim promoted the song on various music programs including MBC's Show! Music Core , [27] [28] MBC M's Show Champion and SBS' Inkigayo, [29] [30] from April 4 until 12,2020. On June 6,he performed the song at the Haeinsa Memorial Music Concert,which was held in commemoration of the 70th anniversary of the Korean War. [31] This concert was televised on TV Chosun later that month. [32] [33] The singer then performed this song also at the 12th MTN  [ ko ] Broadcast Advertising Festival on July 15,in celebration of the event. [34] He even sang the song as a duet with singer Lee Hae-ri during the 18th episode of TV Chosun's Romantic Call Centre which aired on July 30 the same year. [35] [36]

The song's first performance at a music awards show was made at the 2020 Trot Awards, [37] where the singer won six trophies including Best New Artist and Popularity Award. [38] He then performed "Trust in Me" at the 12th Annual Melon Music Awards,alongside the promotional single "Hero". [39] [40] Under the segment title "Hero:The Origin of Love",his performance contained the message;"What I sing is the beginning of everything for those who love me." [39] This live performance introduced EX-3D stereophonic sound technology. [39] [nb 2] These two songs were presented together at the 35th Golden Disc Awards as well. [41] [42]

Hong Jin-young is a South Korean trot singer and entertainer. She was a member of the short-lived South Korean girl group SWAN, which debuted in 2007. In 2009, she returned to the music scene, debuting as a trot singer. She is known for her vocal ability, signature aegyo, appearances on many variety programs, and prevalence at events throughout South Korea all year round. 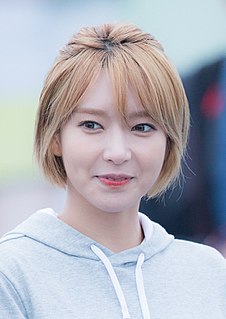 Park Cho-a, known mononymously as Choa, is a South Korean singer. She is best known as a former member of the girl group AOA.

Shon Seung-wan, known professionally as Wendy, is a South Korean singer, voice actress, and radio host. She is a member of the South Korean girl group Red Velvet. She made her solo debut in 2021 with the EP Like Water. She is also a member of South Korean supergroup Got the Beat. 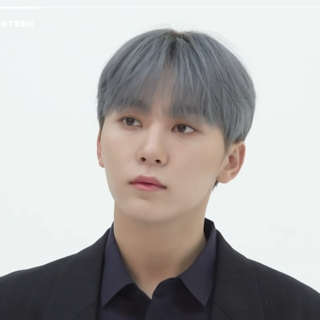 Boo Seung-kwan, better known as Seungkwan, is a South Korean singer, songwriter, and entertainer under Pledis Entertainment. He is a member of the popular South Korean boy group Seventeen. Apart from his group's activities, Seungkwan is known as an entertainment figure for his active participation in Korean variety shows such as MBC's Unexpected Q, Prison Life of Fools, and tvN's Racket Boys. 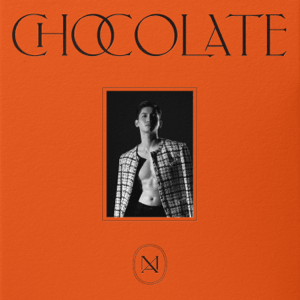 Chocolate is the debut extended play (EP) by South Korean singer Max. The album was released on April 6, 2020 by SM Entertainment and is distributed by Dreamus. It features six tracks including the title track, "Chocolate" and also includes a collaboration with Korean singer Chungha. The album was produced by Thomas Troelsen, Yoo Young-jin, German-based international production team Hitimpulse, Bottle God (X&), Bram Inscore, Jake Torrey and Omega. Musically, the album incorporates various genres including pop, dance-pop, R&B and folk-rock. Commercially, the EP debuted at number two on the South Korean Gaon Album Chart and at number three on the Japanese Oricon Albums Chart.

"2U" is a song by South Korean singer Kang Daniel. It was released on March 24, 2020 by Konnect Entertainment and distributed by Sony Music Korea. The song serves as the lead single from his second EP Cyan. 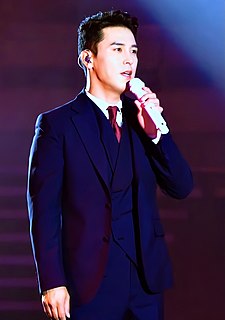 Jang Minho, also spelled as Jang Min-ho, is a South Korean singer. He competed in the TV Chosun audition show Mr. Trot, placing in the top sixth. He is also a model, dancer, and TV presenter.

Lim Young-woong is a South Korean trot singer, entertainer and YouTuber. He signed with Mulgogi Music in 2016 and debuted as a singer with his first single "Hate You". Four years later, he rose to stardom after competing on the reality television show Mr. Trot, where he won the first place out of 17,000 applicants. In 2021, Lim achieved his first number-one song on the Gaon Digital Chart with the single "My Starry Love".

Young Tak, also spelled as Yeong-tak, whose real name is Park Young-tak, is a South Korean singer, songwriter, actor and television personality. He made his debut in 2007 as a ballad singer with his 1st album "Young Tak Disia". In 2016, he started his trot career with the release of his first trot album "Nuna You Are Perfect". In 2020, he became well known by placing second in the TV Chosun audition show Mr. Trot out of 17,000 participants with his biggest hit Jjiniya. 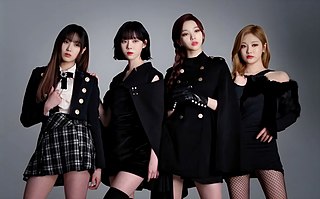 Aespa is a South Korean girl group formed by SM Entertainment. The group consists of four members: Karina, Giselle, Winter and Ningning. They debuted on November 17, 2020, with the single "Black Mamba".

Kim Ho-joong is a Korean classical- crossover singer and tenor born on October 2, 1991. He was a huge success in popular music and classical music in Korea in 2020.

"Rollin'" is a song by South Korean girl group Brave Girls. It was released on March 7, 2017, as the lead single from the EP of the same name. Written by Brave Brothers, Two Champ, and Chakun, the song has been characterized as a dance-pop track that incorporates elements of tropical house. A rearranged version of the song titled "Rollin' " was released on August 11, 2018, as a thank-you to the group's fans for their support of the original version.

"My Starry Love" is a song recorded by South Korean trot singer Lim Young-woong. It was released as a digital single on March 9, 2021, through Tizzo C&C, New Era Project, Mulgogi Music and Kakao Entertainment. Penned by veteran trot singer-songwriter Seol Woon-do, the song's musical style focuses on authentic trot music, while the lyrics are about a person's love for those who have stood by him or her for a long time. Prior to its release, Lim premiered the song at the finals of the second season of Miss Trot.

Lightsum is a South Korean girl group formed by Cube Entertainment. The group is composed of eight members: Sangah, Chowon, Nayoung, Hina, Juhyeon, Yujeong, Huiyeon, and Jian. The group debuted on June 10, 2021, with the release of their debut single album, Vanilla.

"The Man Says" is a slow tempo Trot song performed by Jang Minho on his EP, The Man Says. It was first released as EP in 2013 and later included in his first album Drama in 2017. This song became Jang's first big hit.

"Lilac" is a song by South Korean singer-songwriter IU. It was released on March 25, 2021, by Edam Entertainment through Kakao M as the second single from her fifth studio album of the same name. The song is an upbeat pop song with a nostalgic sound.

Hello is the nineteenth studio album by South Korean singer Cho Yong-pil. It was released on April 23, 2013, through his self-founded label Pil Records, and marked his first album release in ten years. Mostly recognized for his trot and folk-centered discography, the production of Hello was primarily handled by Western producers and explored a new style of music in comparison to his previous works.

The 11th Gaon Chart Music Awards ceremony was held at Jamsil Arena in Seoul on January 27, 2022, to recognise the best artists and recordings, primarily based on Gaon Music Chart of the year from December 1, 2020, to November 30, 2021. The ceremony was hosted by Doyoung, Sieun, and Jaejae.