Truther may refer to: 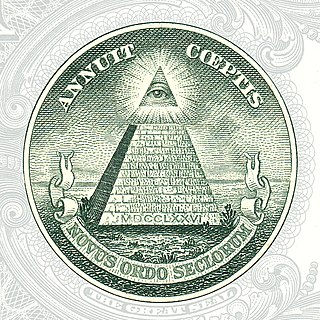 A conspiracy theory is an explanation for an event or situation that invokes a conspiracy by sinister and powerful groups, often political in motivation, when other explanations are more probable. The term has a negative connotation, implying that the appeal to a conspiracy is based on prejudice or insufficient evidence.

A Bible conspiracy theory is any conspiracy theory that posits that much of what is known about the Bible is a deception created to suppress some secret, ancient truth. Some of these theories claim that Jesus really had a wife and children, or that a group such as the Priory of Sion has secret information about the true descendants of Jesus; some claim that there was a secret movement to censor books that truly belonged in the Bible, etc. 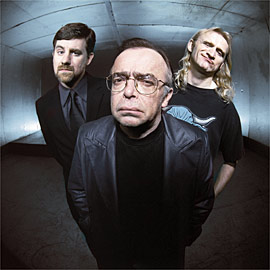 The Lone Gunmen are a trio of fictional characters, Richard "Ringo" Langly, Melvin Frohike and John Fitzgerald Byers, who appeared in recurring roles on the American television series The X-Files, and who starred in the short-lived spin-off, The Lone Gunmen. Their name was derived from the Warren Commission's conclusion that Lee Harvey Oswald was solely responsible for the assassination of John F. Kennedy. 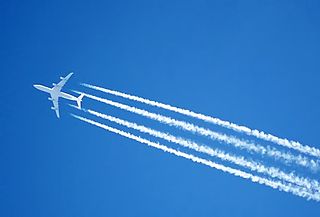 The chemtrail conspiracy theory posits the erroneous belief that long-lasting condensation trails are "chemtrails" consisting of chemical or biological agents left in the sky by high-flying aircraft, sprayed for nefarious purposes undisclosed to the general public. Believers in this conspiracy theory say that while normal contrails dissipate relatively quickly, contrails that linger must contain additional substances. Those who subscribe to the theory speculate that the purpose of the chemical release may be solar radiation management, weather modification, psychological manipulation, human population control, biological or chemical warfare, or testing of biological or chemical agents on a population, and that the trails are causing respiratory illnesses and other health problems.

Dulce Base is the subject of a conspiracy theory claiming that a jointly-operated human and alien underground facility exists under Archuleta Mesa on the Colorado-New Mexico border near the town of Dulce, New Mexico, in the United States. Claims of alien activity there first arose from Albuquerque businessman Paul Bennewitz. 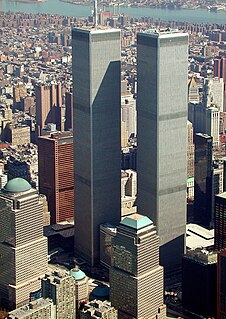 There are many conspiracy theories that attribute the planning and execution of the September 11 attacks against the United States to parties other than, or in addition to, al-Qaeda, including that there was advance knowledge of the attacks among high-level government officials. Government investigations and independent reviews have rejected these theories. Proponents of these theories assert that there are inconsistencies in the commonly accepted version, or that there exists evidence that was ignored, concealed, or overlooked.

The conspiracy thriller is a subgenre of thriller fiction. The protagonists of conspiracy thrillers are often journalists or amateur investigators who find themselves pulling on a small thread which unravels a vast conspiracy that ultimately goes "all the way to the top." The complexities of historical fact are recast as a morality play in which bad people cause bad events, and good people identify and defeat them. Conspiracies are often played out as "man-in-peril" stories, or yield quest narratives similar to those found in whodunits and detective stories. 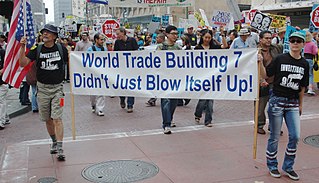 Adherents of the 9/11 Truth movement are conspiracy theorists who dispute the general consensus of the September 11 attacks in 2001. The group disputes the consensus that Al-Qaeda terrorists hijacked four airliners, crashed them into the Pentagon and the original World Trade Center Twin Towers, where the crashes led to their collapse. The primary focus is on missed information that they allege is not adequately explained in the official NIST report, such as the collapse of 7 World Trade Center. They suggest a cover-up and, at the least, complicity by insiders. 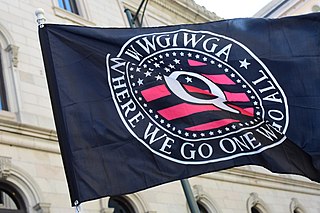 QAnon is a disproven and discredited far-right conspiracy theory alleging that a secret cabal of Satan-worshipping, cannibalistic pedophiles is running a global child sex-trafficking ring and plotting against former U.S. president Donald Trump, who has been fighting the cabal. According to U.S. prosecutors, QAnon is commonly called a cult.

A Believer Sings the Truth is a gospel double album and 63rd overall album by American country singer Johnny Cash. The tracks for the double-length album were all recorded in 1979.

Some conspiracy theories contend that the collapse of the World Trade Center was not solely caused by the airliner crash damage that occurred as part of the September 11 attacks, and the resulting fire damage, but by explosives installed in the buildings in advance. Controlled demolition theories make up a major component of 9/11 conspiracy theories. 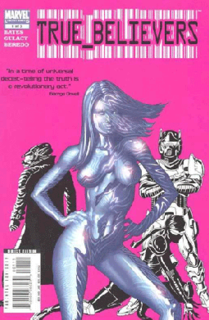 New World Order is a 2009 American documentary film directed by Luke Meyer and Andrew Neel. It explores conspiracy theorists who are committed to vigorously opposing what they believe to be an emerging "New World Order".

Architects & Engineers for 9/11 Truth, Inc. (AE911Truth) is an American non-profit organization promoting the conspiracy theory that the World Trade Center was destroyed in a controlled demolition, disputing accepted conclusions around the September 11 attacks, including the 9/11 Commission Report, as well as FEMA's "WTC Building Performance Study" (2002) and instead advocates for World Trade Center controlled demolition conspiracy theories. Their claims and theories lack support among the relevant professional communities.

True-believer syndrome is an informal or rhetorical term used by M. Lamar Keene in his 1976 book The Psychic Mafia. Keene used the term to refer to people who continued to believe in a paranormal event or phenomenon even after it had been proven to have been staged. Keene considered it to be a cognitive disorder, and regarded it as being a key factor in the success of many psychic mediums. 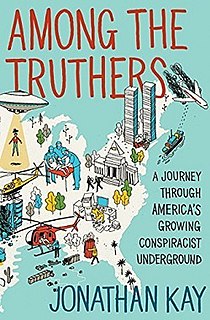 Among the Truthers: A Journey Through America's Growing Conspiracist Underground is a 2011 book by Canadian journalist Jonathan Kay that examines the popularity of conspiracy theories in the United States. The book examines the history and psychology of conspiracy theories, particularly focusing on the 9/11 Truth movement. It received generally positive reviews, though some reviewers raised issues about the book's focus and political claims.

The Sandy Hook Elementary School shooting occurred on December 14, 2012, in Newtown, Connecticut. The perpetrator, Adam Lanza, fatally shot his mother before murdering 20 students and six staff members at Sandy Hook Elementary School, and later committed suicide. A number of fringe figures have promoted conspiracy theories that doubt or dispute what occurred at Sandy Hook. Various conspiracy theorists have claimed, for example, that the massacre was actually orchestrated by the U.S. government as part of an elaborate plot to promote stricter gun control laws. The more common conspiracy theory, initially disseminated by Alex Jones on InfoWars, denied that the massacre actually occurred, asserting that it was "completely fake."

The Big Pharma conspiracy theory is a group of conspiracy theories that claim that the medical community in general and pharmaceutical companies in particular, especially large corporations, operate for sinister purposes and against the public good, and that they allegedly conceal effective treatments, or even cause and worsen a wide range of diseases. Specific variations of the conspiracy theory have included the claim that natural alternative remedies to health problems are being suppressed, the claim that drugs for the treatment of HIV/AIDS are ineffective and harmful, and the claim that a cure for all cancers has been discovered but hidden from the public. In each case the conspiracy theorists have blamed pharmaceutical companies' search for profits. A range of authors have shown these claims to be false, though some of these authors nevertheless maintain that other criticisms of the pharmaceutical industry are legitimate.

The Kalergi Plan, or sometimes called the Coudenhove-Kalergi Conspiracy, is a far-right, anti-semitic, white nationalist conspiracy theory, which states that a plot to mix white Europeans with other races via immigration was constructed by Austrian-Japanese politician Richard von Coudenhove-Kalergi and promoted in aristocratic European social circles. The conspiracy theory is most often associated with European groups and parties, but it has also spread to North American politics.