Trygve Moe may refer to: 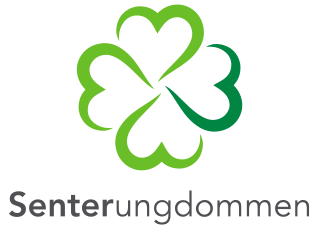 The Centre Youth is the youth organization of the Norwegian Centre Party. Hence, they advocate decentralization and stress their opposition of the European Union.

Hallvard Eika was a Norwegian politician for the Liberal Party. 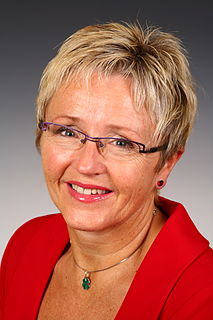 Liv Signe Hundere Navarsete was the Norwegian Minister of Local Government and Regional Development from 2009 to 2013 and has been leader of the Center Party since 2008. She first took office in 2005, serving in Stoltenberg's Second Cabinet. On 11 February she announced that she would retire as the leader of the party in April 2014. She was succeeded by Trygve Slagsvold Vedum.

Trygve Utheim was a Norwegian jurist and politician for the Liberal Party. He was the Norwegian Minister of Social Affairs from 1933 to 1935.

Trygve is a given name for males and most common in Norway. Trygve is derived from the Old Norse tryggr, meaning "true, trustworthy", cognate with Old English treowe, Old High German triuwe. Gothic has triggws. The Icelandic, Faroese and Old Norse form of the name is Tryggvi, e.g. Tryggvi Óláfsson.

Trygve Moe is a Norwegian journalist.

Moe is a surname of Norwegian origin which may refer to:

Kåre Kleivan was a Norwegian journalist.