The Trylon and Perisphere were two monumental modernistic structures designed by architects Wallace Harrison and J. Andre Fouilhoux that were together known as the Theme Center of the 1939 New York World's Fair. The Perisphere was a tremendous sphere, 180 feet (55 m) in diameter, connected to the 610-foot (190 m) spire-shaped Trylon by what was at the time the world's longest escalator. The Perisphere housed a diorama by Henry Dreyfuss called Democracity which, in keeping with the fair's theme "The World of Tomorrow", depicted a utopian city-of-the-future. The interior display was viewed from above on a moving sidewalk, while a multi-image slide presentation was projected on the dome of the sphere. After exiting the Perisphere, visitors descended to ground level on the third element of the Theme Center, the Helicline, a 950-foot-long (290 m) spiral ramp that partially encircled the Perisphere.

The name "Perisphere" was coined using the Greek prefix peri-, meaning "all around", "about", or "enclosing". The name "Trylon" was coined from the phrase "triangular pylon". [1]

The Theme Center was designed by architects Wallace Harrison and J. Andre Fouilhoux, with the interior exhibit by Henry Dreyfuss. The structures were built in Flushing Meadows Park in Queens, New York and were intended as temporary with steel framing and plaster board facades. Both buildings were subsequently razed and scrapped after the closing of the fair, their materials to be used in World War II armaments.[ citation needed ]

The Trylon and Perisphere became the central symbol of the 1939 World's Fair, its image reproduced by the millions on a wide range of promotional materials and serving as the fairground's focal point. [2] The United States issued a postage stamp in 1939 depicting the Trylon and Perisphere (pictured). Neither structure survives; however, the Unisphere, the symbol of the 1964–65 New York World's Fair, is now located where the Perisphere once stood. 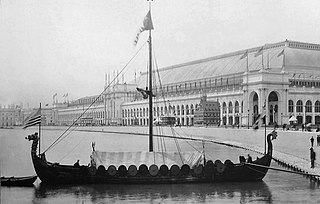 A world's fair, also known as a universal exhibition or an expo, is a large international exhibition designed to showcase the achievements of nations. These exhibitions vary in character and are held in different parts of the world at a specific site for a period of time, typically between three and six months. 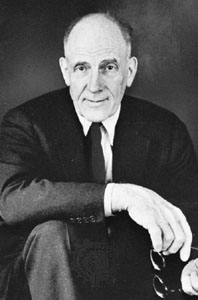 Wallace Kirkman Harrison was an American architect. Harrison started his professional career with the firm of Corbett, Harrison & MacMurray, participating in the construction of Rockefeller Center. He is best known for executing large public projects in New York City and upstate, many of them a result of his long and fruitful personal relationship with Nelson Rockefeller, for whom he served as an adviser. 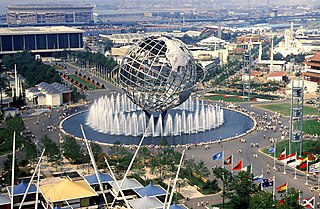 The 1964-1965 New York World's Fair was a world's fair that held over 140 pavilions and 110 restaurants, representing 80 nations, 24 US states, and over 45 corporations with the goal and the final result of building exhibits or attractions at Flushing Meadows–Corona Park in Queens, New York City. The immense fair covered 646 acres (2.61 km2) on half the park, with numerous pools or fountains, and an amusement park with rides near the lake. However, the fair did not receive official support or approval from the Bureau of International Expositions (BIE).

The Unisphere is a spherical stainless steel representation of Earth in Flushing Meadows–Corona Park in the New York City borough of Queens. The globe was designed by Gilmore D. Clarke as part of his plan for the 1964 New York World's Fair. Commissioned to celebrate the beginning of the space age, the Unisphere was conceived and constructed as the theme symbol of the World's Fair. The theme of the World's Fair was "Peace Through Understanding", and the Unisphere represented the theme of global interdependence, being dedicated to "Man's Achievements on a Shrinking Globe in an Expanding Universe". 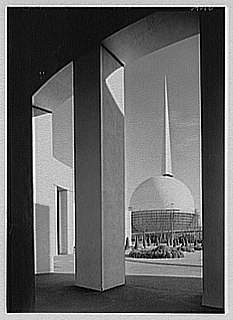 The 1939–40 New York World's Fair was a world's fair held at Flushing Meadows–Corona Park in Queens, New York, United States. It was the second-most expensive American world's fair of all time, exceeded only by St. Louis's Louisiana Purchase Exposition of 1904. Many countries around the world participated in it, and over 44 million people attended its exhibits in two seasons. It was the first exposition to be based on the future, with an opening slogan of "Dawn of a New Day", and it allowed all visitors to take a look at "the world of tomorrow".

Edgar Lawrence Doctorow was an American novelist, editor, and professor, best known for his works of historical fiction.

The year 1939 in architecture involved some significant events.

Henry Dreyfuss was an American industrial design pioneer. Dreyfuss is known for designing some of the most iconic devices found in American homes and offices throughout the twentieth century, including the Western Electric Model 500 telephone, the Westclox Big Ben alarm clock, and the Honeywell round thermostat. Dreyfuss enjoyed long-term associations with several name brand companies such as John Deere, Polaroid, and American Airlines.

The Dome of Discovery was a temporary exhibition building designed by architect Ralph Tubbs for the Festival of Britain celebrations which took place on London's South Bank in 1951, alongside the River Thames. The consulting engineers were Freeman Fox & Partners, in particular Oleg Kerensky and Gilbert Roberts. 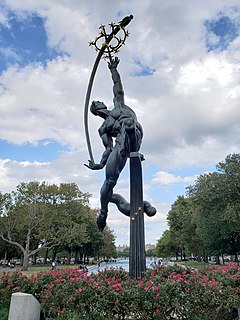 Rocket Thrower is a 1963 bronze sculpture by American sculptor Donald De Lue. Created for the 1964 New York World's Fair, it is located in Flushing Meadows–Corona Park in Queens, New York City. De Lue was among a total of five sculptors who would create pieces for the fairground. He was contracted in 1962 for the amount of $105,000 with a deadline for completion of under six months. De Lue completed a full plaster model in 1963 at which time it was sent to Italy to be cast.

Art Deco stamps are postage stamps designed in the Art Deco style, which was a popular international design style in the 1920s through the 1930s. The style is marked by the use of "geometric motifs, curvilinear forms, sharply defined outlines, often bold colors", and a fascination with machinery and modernity. This style strongly influenced contemporary architecture, furniture, industrial design, books and posters. Art Deco was named for after 1925 exhibit in Paris Exposition Internationale des Arts Décoratifs et Industriels Modernes. The exhibit lasted from April to October 1925 and displayed numerous objects in the new style. Examples of the style, however, are also found in the early twenties. 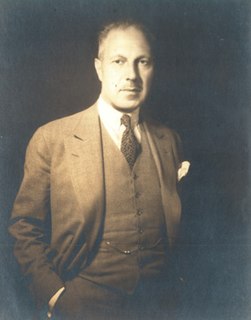 Jacques André Fouilhoux was a French-born architect active in the United States from 1904 to 1945. He is most well known for his work on Tribune Tower (Chicago) and Rockefeller Center, early skyscrapers such as the Daily News Building and RCA Building, and the 1939 World's Fair in New York, for which he designed the central Trylon and Perisphere. Many of his early works are also listed in the National Historic Register, including 705 Davis Street Apartments and Wickersham Apartments in Portland, Oregon. According to the New York City Landmarks Preservation Commission, Fouilhoux has received less attention than partners such as John Mead Howells and Raymond Hood, but was "known as an astute engineer and a painstaking supervisor and his work gained the respect of his collaborators." 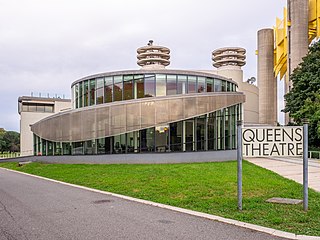 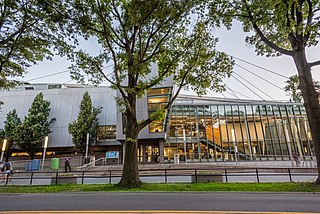 The Flushing Meadows Corona Park Natatorium and Ice Rink, also known as the Flushing Meadows Corona Park Pool and Rink or Flushing Meadows Natatorium, is a 110,000-square-foot (10,000 m2) facility in Flushing Meadows-Corona Park, Queens, New York City, with an Olympic-sized pool and an NHL-standard rink. Built in 2008, the $66.3 million project is the first indoor public pool to open in New York City in four decades. Initially, the building was intended to serve as the venue for water polo events during the 2012 Summer Olympics, but when the city's bid was lost to London, the New York City Department of Parks and Recreation proceeded to build the pool anyway. The result is an innovative building with 130-foot-high twin masts and a swooping roof form. The masts are an architectural feature extending up into the Queens skyline as well as the structural supports for the cable-stayed roof. This design provides the clear spans necessary to house an Olympic swimming pool along with an ice skating rink.

"Trylon and Perisphere" is the second episode of the fourth season of the American television drama series Homeland and the 38th episode overall. It premiered on Showtime on October 5, 2014, airing back-to-back with the season's first episode, "The Drone Queen."

World's Fair is a 1985 novel by American author E.L. Doctorow. It is a semi-autobiographical story of a boy named Edgar who lives in the Bronx during the late 1930s, and culminates with the 1939 World's Fair. It won the National Book Award in 1986.