Osage is a Siouan language that was spoken by the Osage people of Oklahoma. 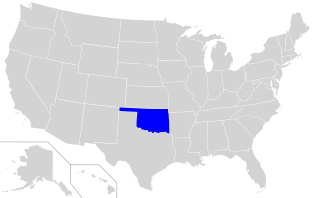 The Muscogee language, also known as Creek, is a Muskogean language spoken by Muscogee (Creek) and Seminole people, primarily in the US states of Oklahoma and Florida. Along with Mikasuki, when it is spoken by the Seminole, it is known as Seminole. 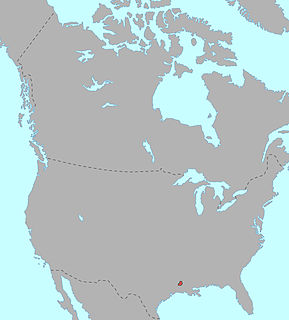 Koasati is a Native American language of Muskogean origin. The language is spoken by the Coushatta people, most of whom live in Allen Parish north of the town of Elton, Louisiana, though a smaller number share a reservation near Livingston, Texas, with the Alabama people. In 1991, linguist Geoffrey Kimball estimated the number of speakers of the language at around 400 people, of whom approximately 350 live in Louisiana. The exact number of current speakers is unclear, but Coushatta Tribe officials claim that most tribe members over 20 speak Koasati. In 2007, the Coushatta Tribe of Louisiana, in collaboration with McNeese State University and the College of William and Mary, began the Koasati (Coushatta) Language Project as a part of broader language revitalization efforts with National Science Foundation grant money under the Documenting Endangered Languages program.

Dahalo is an endangered Cushitic language spoken by at most 400 Dahalo people on the coast of Kenya, near the mouth of the Tana River. Dahalo is unusual among the world's languages in using all four airstream mechanisms found in human language.

Turkana is the language of the Turkana people of Kenya. It is spoken in northwestern Kenya, primarily in Turkana County, which lies west of Lake Turkana. It is one of the Eastern Nilotic languages, and is closely related to Karamojong, Jie and Teso of Uganda, to Toposa spoken in the extreme southeast of South Sudan, and to Nyangatom in the South Sudan/Ethiopia Omo valley borderland; these languages together form the cluster of Ateker Languages. 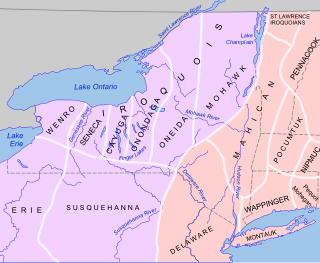 Seneca is the language of the Seneca people, one of the Six Nations of the Iroquois League; it is an Iroquoian language, spoken at the time of contact in the western portion of New York. While the name Seneca, attested as early as the seventeenth century, is of obscure origins, the endonym Onödowáʼga꞉ translates to "those of the big hill." About 10,000 Seneca live in the United States and Canada, primarily on reservations in western New York, with others living in Oklahoma and near Brantford, Ontario. As of 2013, an active language revitalization program is underway.

Zande is the largest of the Zande languages. It is spoken by the Azande, primarily in the northeast of the Democratic Republic of the Congo and western South Sudan, but also in the eastern part of the Central African Republic. It is called Pazande in the Zande language and Kizande in Lingala.

The Nukak language is a language of uncertain classification, perhaps part of the macrofamily Puinave-Maku. It is very closely related to Kakwa.

Taos is a Tanoan language spoken by several hundred people in New Mexico, in the United States. The main description of its phonology was contributed by George L. Trager in a (pre-generative) structuralist framework. Earlier considerations of the phonetics-phonology were by John P. Harrington and Jaime de Angulo. Trager's first account was in Trager (1946) based on fieldwork 1935-1937, which was then substantially revised in Trager (1948). The description below takes Trager (1946) as the main point of departure and notes where this differs from the analysis of Trager (1948). Harrington's description is more similar to Trager (1946). Certain comments from a generative perspective are noted in a comparative work Hale (1967).

Akwáwa is a Tupi–Guarani dialect cluster spoken in Pará in western Brazil.

Chokwe is a Bantu language spoken by the Chokwe people of the Democratic Republic of the Congo, Angola and Zambia. It is recognised as a national language of Angola, where half a million people were estimated to have spoken it in 1991; another half a million speakers lived in the Congo in 1990, and some 20,000 in Zambia in 2010. It is used as a lingua franca in eastern Angola.

The Cubeo language is the language spoken by the Cubeo people in the Vaupés Department, the Cuduyari and Querarí Rivers and their tributaries in Colombia, and in Brazil and Venezuela. It is a member of the central branch of the Tucanoan languages. Cubeo has borrowed a number of words from the Nadahup languages, and its grammar has apparently been influenced by Arawak languages. The language has been variously described as having a subject–object–verb or an object–verb–subject word order, the latter quite rare. It is sometimes called Pamiwa, the ethnic group's autonym, but it is not to be confused with the Pamigua language, sometimes called Pamiwa. 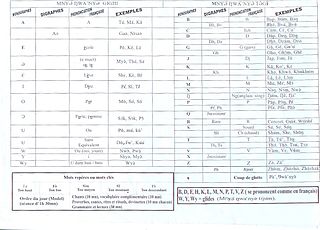 Highland Chatino is an indigenous Mesoamerican language, one of the Chatino family of the Oto-Manguean languages. Dialects are rather diverse; Ethnologue 16 counts them as three languages as follows:

Coatzospan Mixtec is a Mixtec language of Oaxaca spoken in the town of San Juan Coatzospan.