Last updated February 01, 2020
This article is about the district of Bayan-Ölgii Province in Mongolia. For other uses, see Tsagaannuur.
District in Bayan-Ölgii, Mongolia

Tsagaannuur (Mongolian : Цагааннуур, white lake) is a sum (district) of Bayan-Ölgii Province in western Mongolia. It is primarily inhabited by ethnic Kazakhs. As of 2014 it had a population of 1436 people. [1]

The administrative center of the Tsagaannuur sum is the starting point of a road to Russia, which is an important trade connection for the region and the Aimag capital Ölgii.

Customs is an authority or agency in a country responsible for collecting tariffs and for controlling the flow of goods, including animals, transports, personal, and hazardous items, into and out of a country. The movement of people into and out of a country is normally monitored by migration authorities, under a variety of names and arrangements. Immigration authorities normally check for appropriate documentation, verify that a person is entitled to enter the country, apprehend people wanted by domestic or international arrest warrants, and impede the entry of people deemed dangerous to the country. Compare illegal emigration.

A bonded warehouse, or bond, is a building or other secured area in which dutiable goods may be stored, manipulated, or undergo manufacturing operations without payment of duty. It may be managed by the state or by private enterprise. In the latter case a customs bond must be posted with the government. This system exists in all developed countries of the world.

In economics, a duty is a kind of tax levied by a state. It is often associated with customs, in which context they are also known as tariffs or dues. The term is often used to describe a tax on certain items purchased abroad. Properly, a duty differs from a tax in being levied on specific commodities, financial transactions, estates, etc. rather than on individuals. Duties may be import duties, excise duties, stamp duties, death or succession duties, etc.; but not such direct impositions as personal income taxes.

Taxation in the Netherlands is defined by the income tax, the wage withholding tax, the value added tax and the corporate tax.

The Common Purse Agreement entitles the Isle of Man to a share in the United Kingdom's Customs and Excise revenues in return for being in customs union with the UK and not charging any import duties on goods from the UK, or that have been imported through the UK. As the UK is a member of the European Union, the Isle of Man is effectively in customs union with the entire EU.

Missing trader fraud and the related carousel fraud is the theft of Value Added Tax (VAT) from a government by organised crime gangs who exploit the way VAT is treated within multi-jurisdictional trading where the movement of goods between jurisdictions is VAT-free. This allows the fraudster to charge VAT on the sale of goods, and then instead of paying this over to the government's collection authority, to abscond, taking the VAT with them. This is termed "missing trader" as the trader goes missing with the VAT. "Carousel" refers to a more complex type of fraud in which VAT and goods are passed around between companies and jurisdictions, similar to how a carousel goes round and round.

Ulaankhus is a sum (district) of Bayan-Ölgii Province in western Mongolia. The seat of the district is Bilüü, situated 46 kilometres (29 mi) west of the city of Ölgii and 1,682 kilometres (1,045 mi) from the Mongolian capital of Ulan Bator. It is primarily inhabited by ethnic Kazakhs. As of 2014 it had a population of 8010 people.

The fiscal year begins on March 21 and ends on March 20 of the next year according to Iranian calendar. The Ministry of Finance and Economic Affairs is the government agency authorized to levy and collect taxes. In 2008, about 55% of the government's budget came from oil and natural gas revenues, the rest from taxes and fees. An estimated 50% of Iran's GDP was exempt from taxes in FY 2004. There are virtually millions of people who do not pay taxes in Iran and hence operate outside the formal economy.

Taxes in India are levied by the Central Government and the state governments. Some minor taxes are also levied by the local authorities such as the Municipality.

Taxation represents the biggest source of revenues for the Peruvian government. For 2016, the projected amount of taxation revenues was S/.94.6 billion. There are four taxes that make up approximately 90 percent of the taxation revenues:

Taxation is one of the oldest functions of the Tanzanian government in running her affairs. By definition, a tax is a compulsory contribution from a person to the state to defray the expenses incurred in the common interest of all without any reference to the special benefits conferred. It is a compulsory contribution or payment for the support of governmental or other public purposes. The Tanzania Revenue Authority (TRA) is the government agency of Tanzania, charged with the responsibility of managing the assessment, collection and accounting of all central government revenue in Tanzania 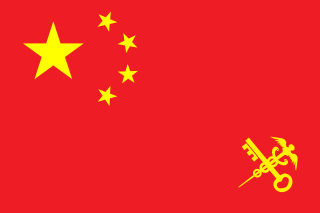 The General Administration of Customs is a ministry-level administrative agency within the government of the People's Republic of China. It is responsible for the collection of value added tax (VAT), customs duties, excise duties, and other indirect taxes such as air passenger duty, climate change levy, insurance premium tax, landfill tax and aggregates levy. It is also responsible for managing the import and export of goods and services into China. The current minister is Ni Yuefeng, appointed in March 2018. 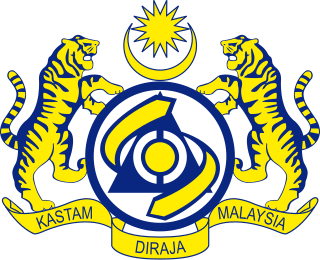 The tax legislation of Azerbaijan is comprised by the Constitution of Azerbaijan Republic, the Tax Code and legal standards which are adopted herewith. The taxes levied in Azerbaijan can be generally broken down into 3 main types: state taxes, taxes of autonomy republic and local (municipal) taxes. State taxes include the following: personal income tax, corporate tax, value added tax, excise tax, property tax, land tax, road tax, mineral royalty tax and simplified tax. Taxes of autonomy republic are the same as state taxes but levied in Nakhichevan Autonomous Republic.

Sughd free economic zone is an industrial-innovative type, which was established in 2009 according to the Decree of the Government of the Republic of Tajikistan dated May 2, 2008.

Taxation in Norway is levied by the central government, the county municipality (fylkeskommune) and the municipality (kommune). In 2012 the total tax revenue was 42.2% of the gross domestic product (GDP). Many direct and indirect taxes exist. The most important taxes — in terms of revenue — are VAT, income tax in the petroleum sector, employers’ social security contributions and tax on "ordinary income" for persons. Most direct taxes are collected by the Norwegian Tax Administration (Skatteetaten) and most indirect taxes are collected by the Norwegian Customs and Excise Authorities. 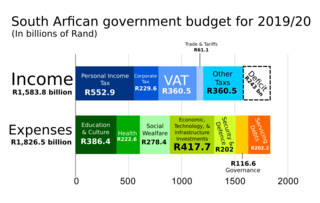 Taxation may involve payments to a minimum of two different levels of government: central government through SARS or to local government. Prior to 2001 the South African tax system was "source-based", wherein income is taxed in the country where it originates. Since January 2001, the tax system was changed to "residence-based" wherein taxpayers residing in South Africa are taxed on their income irrespective of its source. Non residents are only subject to domestic taxes.

Kenya’s taxation system covers income tax, value-added tax, customs and excise duty. The regulations are governed by independent legislators that govern the taxation system, the main legislator, the Kenya Revenue Authority (KRA) has different sections that deal with the above taxes while also having the authority to undertake reviews on various companies and corporations. The main goal of the system is to limit corruption as it is a problem in developing nations such as Kenya.