Tsuen King Garden (Chinese :荃景花園) is one of the largest private housing estates in Tsuen Wan, New Territories, Hong Kong, located at Tsuen King Circuit. It comprises 12 high-rise buildings into 2 phases which were completed between 1987 and 1988, and was developed by Sun Hung Kai Properties. [1] [2] [3]

According to the 2016 by-census, Tsuen King Garden had a population of 7,734. The median age was 42.6 and the majority of residents (95.6 per cent) were of Chinese ethnicity. The average household size was 2.7 people. The median monthly household income of all households (i.e. including both economically active and inactive households) was HK$38,000. [4]

Tsuen King Garden is located in Discovery Park constituency of the Tsuen Wan District Council. [5] It is currently represented by Lau Cheuk-yu, who was elected in the 2019 elections. [6] 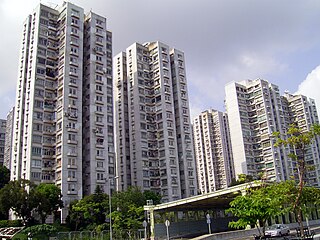 Hong Kong Garden is Tsing Lung Tau's largest private housing estate between Sham Tseng and Tai Lam in Hong Kong. Hong Kong Garden was developed by the property developer Chinachem Group in late 1980s and built in three phases. It has 28 blocks and 2830 flats from 300 sq ft to 1400 sq ft, including The Top and Perfetto.

Belvedere Garden is one of the largest-scale private housing estates in Tsuen Wan, New Territories, Hong Kong, located at the seaside of Tsuen Wan West. 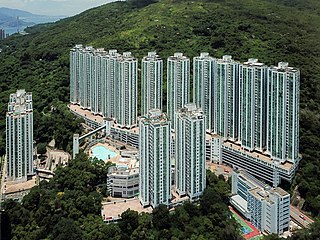 Allway Gardens is the earliest and one of the largest-scale private housing estates located in Tsuen Wan, New Territories, Hong Kong. 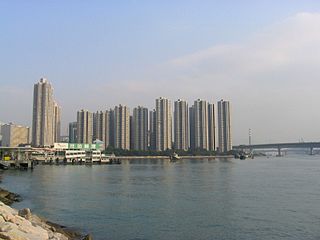 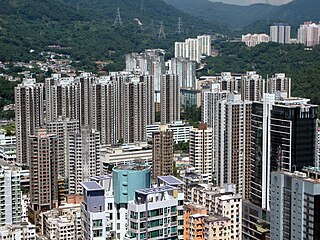 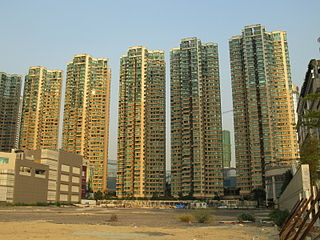 Island Harbourview is one of the largest private housing estates in Tai Kok Tsui, Yau Tsim Mong District, Kowloon, Hong Kong. It is one of the property projects in MTR Olympic station Phase I. Developed by MTR Corporation, Sino Land, Bank of China, Kerry Properties, China Overseas Land and Investment and Capitaland Commercial Limited, it comprises 10 high-rise buildings, which were completed in 1998 and 1999. Flats in the development range in size from 609 to 1,215 square feet. It is the first estate to be completed in the new Reclamation Area which was part of the 1997 Construction Project.

Tsuen Wan Centre is one of the largest private housing estates in Tsuen Wan, New Territories, Hong Kong, located at Tsuen King Circuit. It consists of 19 high-rise buildings, with their names of a number of Chinese cities, and a shopping arcade. It was divided into 3 phases which were completed between 1980 and 1982, and was developed by Sun Hung Kai Properties. 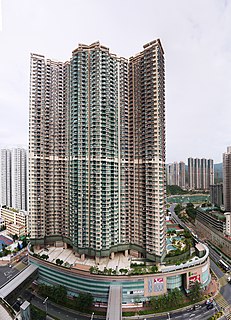 Serenity Place is a private housing estate in 88 Po Hong Road, Tseung Kwan O, New Territories, Hong Kong, developed by Hong Kong Housing Society. It is the Society's last Sandwich Class Housing Scheme project that was converted to private development. It was developed in 2000 and was opened to the public in 2003. 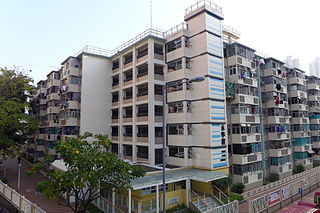 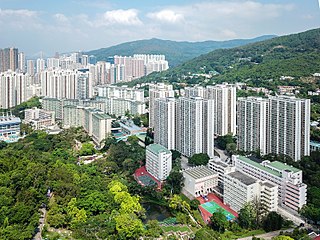 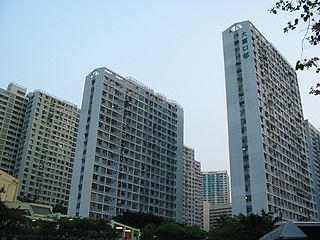 Tai Wo Hau Estate is a public housing estate in Tai Wo Hau, Kwai Chung, Kwai Tsing District, New Territories, Hong Kong. It has a total of 17 blocks following redevelopment. 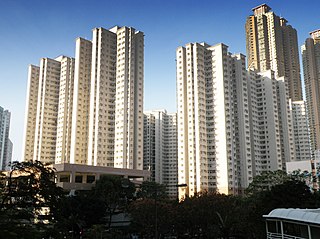