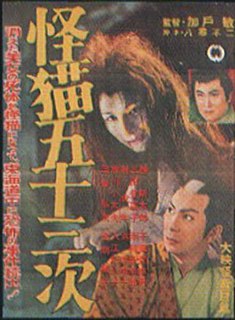 Ghost-Cat of Gojusan-Tsugi is a 1956 Japanese horror (J-Horror) film directed by Bin Kado for Daiei Film. It was filmed in black and white, Academy ratio format (fullscreen) and was never dubbed in English.

Tōkaidō Gojūsan-tsugi is a side-scrolling action-adventure game developed and published by Sunsoft. The game's full title is Kanshaku tamanage Kantarō no Tōkaidō Gojūsan-tsugi. The game was released in Japan on July 3, 1986 for the Family Computer, and has been re-released for several other platforms in video game compilations.

Blessed Thomas Tsugi was born around the year 1571 in Japan, to a wealthy family of Japanese nobility. Educated by the priests of the Society of Jesus at Arima, he joined the order while quite young, around the year 1588. As a Jesuit, Thomas traveled Japan and became very popular as an eloquent and persuasive preacher.

Tsugi Takano was a female novelist from Hamamatsu in Shizuoka prefecture, Japan. She was born in 1890 as the second daughter of a local merchant. In 1904, she entered Hamamatsu Women's High School and in 1907 she entered Shizuoko Women's High School. However, she was forced to withdraw because of an eye disease. In 1909, at the age of 19, she married newspaper reporter Yasaburō Takano despite the objections of those around her. She moved with her husband to Toyohashi, Fukushima, and Tokyo. In the midst of her husband's long unemployment, six of eight of her children succomed to ill health. She herself fought a long battle with tuberculosis to which she succumbed to in 1943 at the age of 52.

The Nintendo VS. System, officially sold simply as the VS. System, is a coin-operated video game platform sold to arcades from 1984 to 1990. Designed for two-player competitive play using the VS. UniSystem or VS. DualSystem and with arcade system boards based on the Nintendo Entertainment System, many of these stand-up or sit-down arcade machines have two screens and controllers joined at an angle. Cutting costs compared to higher powered arcade hardware, games were ported from existing home video games for the Family Computer and Nintendo Entertainment System. 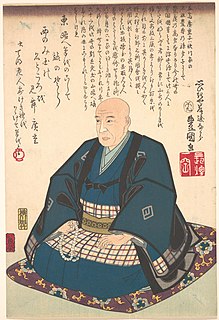 The Fifty-Three Stations of the Tōkaidō , in the Hōeidō edition (1833–1834), is a series of ukiyo-e woodcut prints created by Utagawa Hiroshige after his first travel along the Tōkaidō in 1832.

Goshaku Somegoro (ja:五尺染五郎) is a fictional hero made popular in Japanese kabuki theatre in the play Koi moyô furisode myoto. 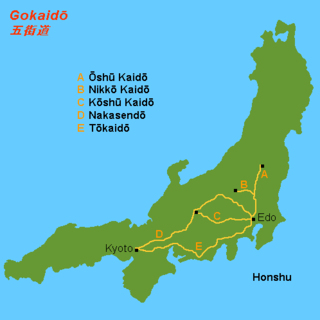 The Tōkaidō road (東海道), which roughly means "eastern sea route," was the most important of the Five Routes of the Edo period in Japan, connecting Kyoto to Edo. Unlike the inland and less heavily travelled Nakasendō, the Tōkaidō travelled along the sea coast of eastern Honshū, hence the route's name.

Ikki , is an arcade game originally released by Sunsoft in 1985. The game was released for the Famicom on November 28 of the same year, and is a multi-directional scrolling action game which contains some elements of a top-down shooter. The game is known outside Japan as Boomerang and Farmers Rebellion. Its main character, Gonbe, makes a cameo appearance in Atlantis no Nazo, another Sunsoft game.

The 53 Stations of the Tōkaidō are the rest areas along the Tōkaidō, which was a coastal route that ran from Nihonbashi in Edo to Sanjō Ōhashi in Kyoto.

The Wing of Madoola is a video game developed and published by Sunsoft for the Family Computer. It was released exclusively in Japan in 1986 and was re-released for the two-in-one PlayStation game, Memorial Series SunSoft Vol. 3 alongside Tōkaidō Gojūsan-tsugi, another Sunsoft game.

Ghost-Cat of Arima Palace is a black-and-white 1953 Japanese horror film directed by Ryohei Arai for Daiei Film. It was filmed in black and white, Academy ratio format (fullscreen) and was never dubbed in English. It was filmed before in 1937 under the title Arima Neko.

Fuji Yahiro was a Japanese screenwriter, mostly of chanbara films. His real name was Minoru Yahiro. Leaving Meiji University before graduating, he began writing screenplays at Shōzō Makino's Makino Film Productions in 1927. He ended up penning hundreds of screenplays at many studios, such as Teikine, Shinkō Kinema, and Daiei. He also participated in the "Narutakimura" group, writing screenplays with Sadao Yamanaka, Hiroshi Inagaki, Eisuke Takizawa and others. He also wrote many books and received the Order of the Rising Sun in 1975. 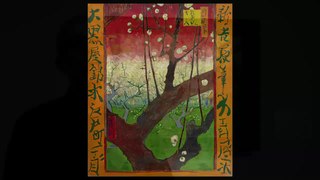 Japonaiserie was the term the Dutch post-impressionist painter Vincent van Gogh used to express the influence of Japanese art.

Yojigen was a Japanese company who published video games. The most notable titles published by the company were the manga-based Hana no Keiji: Kumo no Kanata ni and Super Snakey, a game endorsed by Alexey Pajitnov.

"Fighters" is a single by Japanese group Sandaime J Soul Brothers from Exile Tribe. It was released on September 7, 2011. It debuted in number one on the weekly Oricon Singles Chart, selling 83,048 copies.

Affect Co., Ltd. was a video game development company that was active in that industry from 1990 to 2008, primarily releasing games in Japan through other publishers.One of the first products developed by the company was a highly successful baseball simulator, Nolan Ryan's Baseball. After 2008, Affect transitioned to producing web applications.

The 53rd Division was an infantry division of the Imperial Japanese Army. Its call sign was the Peace Division . It was formed on 16 September 1941 at Kyoto and initially assigned to Central District Army. The nucleus for the division formation was the headquarters of the 16th division. The men of the 53rd Division were drafted from Shiga, Fukui, Mie and Kyoto prefectures, belonging to Kyoto mobilization district.