Tsukada may refer to

Tsukada is a Japanese surname. Notable people with the surname include:

Tsukada is an extinct genus of flowering plant in the family Nyssaceae related to the modern "dove-tree", Davidia involucrata, containing the single species Tsukada davidiifolia. The genus is known from fossil leaves found in the early Eocene deposits of northern Washington state, United States and a similar aged formation in British Columbia, Canada. 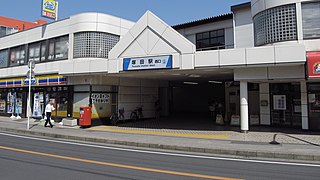 Shimotsuma is a city located in Ibaraki Prefecture, Japan. As of September 2015, the city had an estimated population of 42,484, and a population density of 236 persons per km². Its total area is 180.06 km².

Troides plateni, the Dr. Platen's birdwing, is a birdwing butterfly endemic to Palawan, Balabac, Dumaran, and the Calamian Islands in the Philippines. It is named for Dr. Carl Constantin Platen.

Masaaki Tsukada was a Japanese voice actor working for Mausu Promotion. His widow, Masako Nozawa, is also a voice actress.

Maki Tsukada born January 5, 1982 in Shimotsuma, Ibaraki Prefecture) is a Japanese female judoka. She won the Women's +78 kg category gold medal at the Athens Olympic in 2004 and the silver medal at the Beijing Olympics. 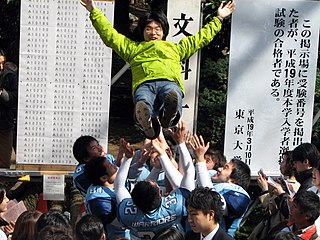 The yobikō (予備校) are privately-run schools marketed to students who are taking examinations held each year in Japan from January to March to determine college admissions. The students generally graduated from high school but failed to enter the school of their choice. The test, unlike the French baccalauréat and the South Korean College Scholastic Ability Test, has different versions, with different schools looking for results from different exams. In Japan, the test is generally considered the most important event in a child's education. Students who fail may spend a year or more studying to retake the examination. They are colloquially referred to as rōnin. Yobiko are similar to juku except for differences such as curriculum, legal status, and the main type of students who attend.

Yuji Tsukada is a former Japanese football player and manager.

Rikichi Tsukada was a Lieutenant General of the Imperial Japanese Army.

Susumu Katsumata is a former Japanese football player and manager.

General Rouge no Gaisen is a 12-episode Japanese medical drama television series broadcast in 2010, a sequel to the series Team Batista no Eikō. Atsushi Itō and Tōru Nakamura reprised their lead roles. 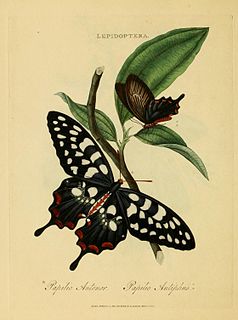 Pachliopta antiphus is a species of butterfly from the family Papilionidae (swallowtails) that is found in Sumatra, Borneo and the Philippines.

In shogi, Tsukada Special is a Floating Rook variant of the Double Wing Attack shogi opening developed by professional Yasuaki Tsukada in the 1980s.

In shogi, Floating Rook is a variation of the Double Wing Attack opening in which Black's rook falls back to rank 6 (R-26) aiming to protect this rank and prevent White from exchanging pawns on the eighth file to get a pawn in hand.

Yasuaki Tsukada is a Japanese professional shogi player, ranked 9-dan. He is a former Ōza title holder and the inventor of the influential Tsukada Special strategy, which he used to win numerous games in the 1980s, is named after him.

Masao Tsukada is a deceased Japanese professional shogi player who achieved the rank of 8-dan and also 10-dan, which is an honorary rank, after death. He is a former Meijin and Ninth Dan title holder.