Tufanbeyli is small city and a district in Adana Province of Turkey, 196 km north-east of the city of Adana, on an uneven, sloping plateau high in the Tahtalı range of the Toros mountains. It has been bounded economically to Kayseri, 178 km far. Its neighbors are Sarız from North, Göksun from east, Saimbeyli from south, Develi from south-west and Tomarza from west.

Tufanbeyli is reached by crossing one of three high mountain passes. It's a struggle to reach but the views are incredible. The river Göksu, a tributary of the Seyhan runs across the plateau. The climate is hot dry summers and cold winters. The mountains are forested but these are steadily being consumed by the local people.[ citation needed ]

During the Bronze Age, the area was part of the kingdom of Kizzuwatna. In classical antiquity, the region of Tufanbeyli was in the southwestern corner of Cappadocia (while the parts of the Adana region south of Tufanbeyli were in Cilicia). The city of Comana was situated near Şarköy, some kilometers north of Tufanbeyli.

The area is now settled by descendants of Turks from the Caucasus and the Avşar (Afshar tribe; the former having come to Anatolia as a result of the Russian influx into the Caucasus in the 18th and 19th centuries. The latter being one of the group of Turkish migrants from Asia that have preserved their clan identity in Anatolia. The Avşar played a key role in the Turkish conquest of the Çukurova region and remained a local authority right up until the 19th century, especially in mountain strongholds like Tufanbeyli. Its former names were Höketçe before 1923 and Mağara between 1923 and 1967. It became a district in 1958 by separating from Saimbeyli.

Mercury air pollution from the coal-fired power station has been estimated at over 500 kg/year. [3] 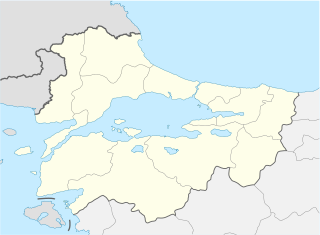 Söğüt is a town and district in Bilecik Province, Turkey. It is located in the Marmara region in the north-west of the country, with an area of 599 km2 (231 sq mi), bordering Bilecik to the west, Gölpazarı to the north, İnhisar to the north-east, Tepebaşı (Eskişehir) to the south-east, and Bozüyük to the south-west. Söğüt district has 5 boroughs and 23 villages, with the population last recorded as 21,012 citizens (2000), but according to a 2010 estimate the population was 19,425. 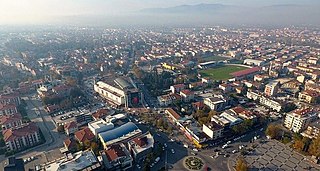 Dörtyol is a city in Hatay Province, Turkey. It is a port city and oil terminus located 26 km north of the city of Iskenderun, near the easternmost point of the Mediterranean at the head of the Gulf of İskenderun. 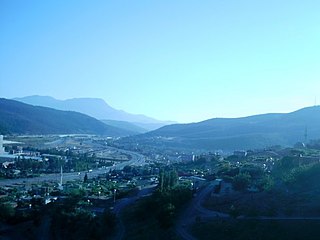 Dodurga is a district of Çorum Province in the Black Sea region of Turkey. It is located at 42 km north of the city of Çorum, 35 km from the town of Osmancık on the road to İskilip. The mayor is Mustafa Aydın (DP).

Hacılar is a town and district of Kayseri Province in the Central Anatolia region of Turkey. The mayor is Ahmet Herdem (AKP).

Polatlı is a city and a district in Ankara Province in the Central Anatolia region of Turkey, 80 km west of the Turkish capital Ankara, on the road to Eskişehir. According to 2019 census, population of the district is 125,075 of which 98,605 live in the city of Polatlı. The district covers an area of 3,789 km², and the average elevation is 850 m. 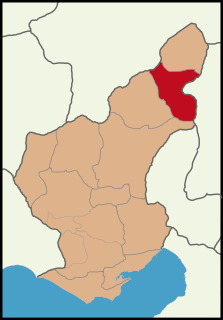 Saimbeyli, alternatively known as Hadjin, is a township and a district in the Adana Province, Turkey. The township is located at the Taurus mountains of Cilicia region, 157 km north of the city of Adana. The district a population of 14,764 as December 2019. 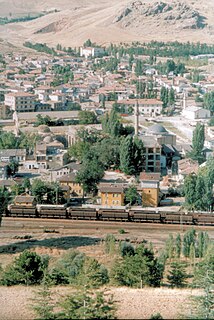 Bozgüney is a town in Adana Province, Turkey.