Beside his film roles, Carminati starred in several plays, including Joan of Arc at the Stake (which was later adapted into Rossellini's movie of the same name [2] ) and Broadway productions Strictly Dishonorable and Music in the Air .

Carminati was born into a Dalmatian Italian family in Zadar (in modern-day Croatia), then belonging to the Austro-Hungarian Empire. [3]

After achieving his first successes on the theatrical scene with the companies of Ettore Paladini and Ermete Novelli, he had the opportunity to make his debut in the world of cinema, around 1914, thanks to his elegant and refined presence. [4]

He took part in about thirty silent films before founding his own production house in the late 1910s. [3]

In 1921 he obtained enough popularity, thanks to his interpretation in The Lady with the Camellias (from the novel of the same name by Alexandre Dumas) alongside Alda Borelli, to induce the diva Eleonora Duse to offer him the direction of her company. [4] [1]

He staged Duse's last performances, including The Lady from the Sea written by Henrik Ibsen and The Closed Door by Emilio Praga.

During the year 1924 he moved to Germany and two years later to the United States, where he continued his career with some success until 1940. During the United States period he made a single participation in an Italian-French production in 1934. [4]

In America he participated in the 725 performances of the comedy Strictly Dishonorable , being acclaimed for his role as "Latin lover". [4] In this period he also devoted himself to musical comedies, thus also performing as a singer. In 1932 he was Bruno Mahler in the world premiere of Jerome Kern's Music in the Air at Broadway's Alvin Theater, with Al Shean, Walter Slezak and Marjorie Main, reprising the role in the 1933 premiere at Broadway's 44th Street Theatre.

After the beginning of the hostilities of the Second World War he returned to Italy where he was active the most from that moment, although he continued to participate in French, Spanish and American productions. [3]

In 1953 he starred as Saint Dominic in Joan of Arc at the Stake alongside Ingrid Bergman, Marcella Pobbe, Miriam Pirazzini, Agnese Dubbini, Giacinto Prandelli and Piero De Palma at the San Carlo Theater in Naples. In 1954 the play was adapted into a movie directed by Roberto Rossellini. 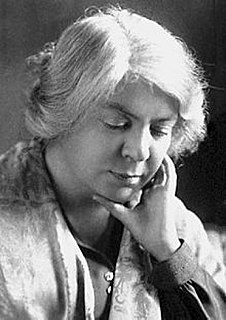 Grazia Maria Cosima Damiana Deledda, also known in Sardinian language as Gràssia or Gràtzia Deledda, was an Italian writer who received the Nobel Prize for Literature in 1926 "for her idealistically inspired writings which with plastic clarity picture the life on her native island [i.e. Sardinia] and with depth and sympathy deal with human problems in general". She was the first Italian woman to receive the prize, and only the second woman in general after Selma Lagerlöf was awarded hers in 1909. 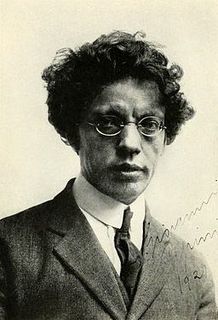 Giovanni Papini was an Italian journalist, essayist, novelist, short story writer, poet, literary critic, and philosopher. A controversial literary figure of the early and mid-twentieth century, he was the earliest and most enthusiastic representative and promoter of Italian pragmatism. Papini was admired for his writing style and engaged in heated polemics. Involved with avant-garde movements such as futurism and post-decadentism, he moved from one political and philosophical position to another, always dissatisfied and uneasy: he converted from anti-clericalism and atheism to Catholicism, and went from convinced interventionism – before 1915 – to an aversion to war. In the 1930s, after moving from individualism to conservatism, he finally became a fascist, while maintaining an aversion to Nazism. 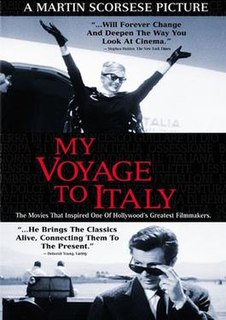 Augusto Genina was an Italian film pioneer. He was a movie producer and director. 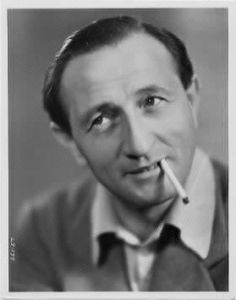 Carmine Gallone was an early Italian film director, screenwriter, and film producer, who was also controversial for his works of pro-Fascist propaganda and historical revisionism. Considered one of Italian cinema's leading early directors, he directed over 120 films in his fifty-year career between 1913 and 1963.

Otello Martelli was an Italian cinematographer whose films include La Dolce Vita.

Carlo Duse was an Italian film actor. He appeared in more than 80 films between 1916 and 1956. He was born in Udine, Italy and died in Rome, Italy.

Giovanni Grasso was an Italian stage and film actor. He appeared in more than 80 films between 1910 and 1955. He was born and died in Catania, Sicily, Italy. Born into a family of marionettists, he was cousin and namesake of Giovanni Grasso, a respected stage actor specialized in the Sicilian language repertoire, so he assumed at the beginning of his career the stage name "Giovanni Grasso Junior" to stand out. He was mainly active on stage, often acting together with his wife, Virginia Balestrieri.

Ezio Maria Gray was an Italian fascist politician and journalist. 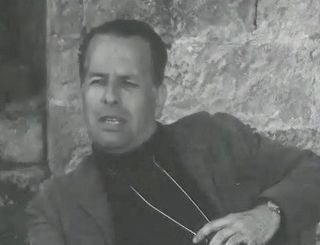 Marino Moretti was an Italian poet and author.

Ivo Illuminati was an Italian film director, actor and screenwriter and a pioneer of the Italian silent movie.

Biagio Pelligra is an Italian stage, film and television actor. 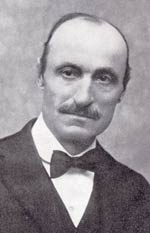 Giovanni Bertacchi was a poet, teacher and Italian literary critic.

Umberto Fracchia was an Italian writer who died young. He was intensely active professionally for slightly more than two decades, between 1908 and 1930. He began writing short stories at an early age, but built his career initially as a journalist and literary critic. During 1919/20 he broke into the movie business, directing several films in quick succession, before his professional focus returned abruptly to writing. Over the next decade, in parallel with his journalistic work, he published a succession of novels and short stories which achieved significant commercial success. He also, in 1925, launched La Fiera Letteraria, a broadly-based literary magazine which he ran successfully for a couple of years with a skeleton staff consisting principally of himself and his wife. Exhausted by the intensity of the work and the political pressure to which magazine publishers were subjected at the time, in 1928 he transferred management of the publication to Giovanni Battista Angioletti and Curzio Malaparte while, at this stage, retaining his financial interest in it. After his sudden death from heart disease at the end of 1930, Fracchia's work remained widely read in and beyond Italy for a number of years.

Wikimedia Commons has media related to Tullio Carminati .
This page is based on this Wikipedia article
Text is available under the CC BY-SA 4.0 license; additional terms may apply.
Images, videos and audio are available under their respective licenses.