They originated not as a manzai duo, so much as an ippatsu gag and monomane act. During the early 80's, they became immensely popular with young Japanese audiences, appearing in several television shows, but their popularity exploded with their show The Tunnels' Thanks to Everyone . [1] Many times they absorbed more than 30% of nationwide television viewers, a great feat for any television show. They then turned their attention to creating music, spawning a string of hit singles that also generated massive sales and attention.

They created many words and expressions that resonated with the youth of Japan included such as moto-kare (元カレ) and moto-kano (元カノ), which are abbreviations meaning "ex-boyfriend" and "ex-girlfriend". Both phrases are still in popular use today. Also, their tendency to use inside jokes that only the show's staff would understand and laugh at created a sur-like response from the audience, inciting nervous laughter from a confused audience, while the staff laughed loudly on-mike.

Interest in the group quickly mellowed in 1990, as Tunnels took a half year vacation from the show, and U-tchan Nan-chan replaced them. They returned later saying, "We are sorry to have laid the burden on U-tchan Nan-chan," but were never really accepted back by the public. As groups such as Downtown and U-tchan Nan-chan became more popular with young audiences, Tunnels changed their focus to talk and interview-related shows. 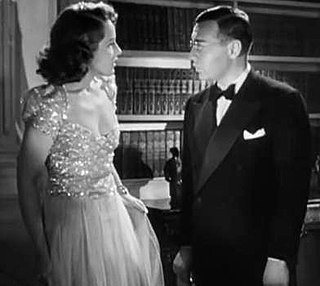 Mr. Moto is a fictional Japanese secret agent created by the American author John P. Marquand. He appeared in six novels by Marquand published between 1935 and 1957. Marquand initially created the character for the Saturday Evening Post, which was seeking stories with an Asian hero after the death of Charlie Chan's creator Earl Derr Biggers.

Charlie Chan is a fictional Honolulu police detective created by author Earl Derr Biggers for a series of mystery novels. Biggers loosely based Chan on Hawaiian detective Chang Apana. The benevolent and heroic Chan was conceived of as an alternative to Yellow Peril stereotypes and villains like Fu Manchu. Many stories feature Chan traveling the world beyond Hawaii as he investigates mysteries and solves crimes.

A laugh track is a separate soundtrack for a recorded comedy show containing the sound of audience laughter. In some productions, the laughter is a live audience response instead; in the United States, where it is most commonly used, the term usually implies artificial laughter made to be inserted into the show. This was invented by American sound engineer Charles "Charley" Douglass.

Crayon Shin-chan, also known as Shin Chan, is a Japanese manga series written and illustrated by Yoshito Usui. It follows the adventures of the five-year-old Shinnosuke "Shin" Nohara and his parents, baby sister, dog, neighbours, and friends and is set in Kasukabe, Saitama Prefecture of Japan.

Tarento (タレント) are celebrities who regularly appear in mass media in Japan, especially television. The term is a gairaigo word – a borrowed foreign language word – derived from the English word talent, and has a connotation of "famous for being famous". During the Golden Age of Hollywood, bankable stars in America were described as talents, and were distinguished from production crews, which were seen as having more technical than charismatic talents. In Japan the concept of tarento may approximate the English term celebrity, including the nuance that the fame of a Tarento may or may not be based upon specific accomplishments and abilities.

Agnes Meiling Kaneko Chan is a pop singer, a "foreign television personality", a Doctor of Philosophy, a professor at Japanese universities, an essayist and a novelist. Since 1988, Chan has been a UNICEF Goodwill Ambassador and also supports the Japan Committee for UNICEF.

Ultraman Zearth is a fictional character from the Ultra Series of tokusatsu and the name of a 1996 movie in the series. 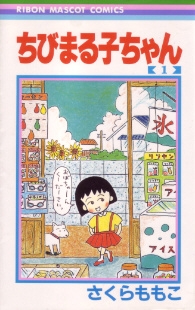 Chibi Maruko-chan is a shōjo manga series written and illustrated by Momoko Sakura. The series depicts the simple, everyday life of Momoko Sakura, a young girl everyone calls Maruko, and her family in suburban Japan in the year 1974. Maruko is a troublemaker, every episode recounts an Maruko’s trouble and how she and her friends succeed in solve the situation. The series is set in the former of Irie District (入江町), Shimizu, now part of Shizuoka City, birthplace of its author.

Nuts Entertainment is a Philippine television sketch comedy show broadcast by GMA Network. Starring Joey De Leon, Janno Gibbs and Anjo Yllana, it premiered on April 30, 2003 on the network's KiliTV line up. The show concluded on December 27, 2008 with a total of 608 episodes. It was replaced by Kapuso Movie Festival in its timeslot.

Utaban (うたばん) was a Japanese music variety show, broadcast weekly from October 15, 1996 until March 23, 2010 on TBS. The name of the show is an abbreviation of "uta bangumi" (歌番組), meaning "music program". A special version of the show, running for two hours, was occasionally aired under the name Tokuban (とくばん), an abbreviation of "tokubetsu bangumi" (特別番組), meaning "special program".

DJ Ozma born as Nao Baba on June 24, 1979 in Roppongi, Minato, Tokyo, and legally known as Sumitada Ozumano, is a Japanese pop singer and musical artist.

Kaba-chan (KABA.ちゃん) is a transgender Japanese celebrity and choreographer, born on June 19, 1969, in Yanagawa, Fukuoka. After studying dance in New York City, she returned to Japan and was a member of the musical group Dos with Taeco Nishikawa and Asami Yoshino.

Noritake Kinashi is a Japanese comedian, actor, singer and artist. He is the short member of the comedy duo Tunnels. His partner is Takaaki Ishibashi. He is the executive vice president of the entertainment office Arrival.

"A.S.A.P." is a song recorded by Japanese comedian Takaaki Ishibashi and Japanese singer Shizuka Kudo, under the unit name, Little Kiss, as part of an act for the AX variety show Tunnels no Nama de Daradara Ikasete!!, co-headed by Ishibashi. It was released as a single through Pony Canyon on Valentine's Day 1997. The song was featured on TV commercials for Ginza Jewelry Maki's exclusive jewelry brand Rhapsoamo.