The Tweede Divisie (English: Second Division) is the highest amateur (and historically the lowest professional) football league in the Netherlands. It was established in 1956, together with the Eredivisie and the Eerste Divisie. Between 1956 and 1960 and between 1962 and 1966, the league consisted of two divisions, Tweede Divisie A and Tweede Divisie B. The league was disbanded in 1971. Six clubs were promoted to the Eerste Divisie (De Volewijckers, FC Eindhoven, FC VVV, Fortuna Vlaardingen, PEC and Roda JC), while the other eleven teams became amateur clubs.

Plans for a new, amateur Tweede Divisie, to be made up of 4 reserve teams and 14 Topklasse clubs, were approved in a KNVB assembly in December 2014. Thus, the Topklasse, renamed the Derde Divisie (English: Third Division), and leagues below decremented by one level, and furthermore, promotion and relegation among the second to fourth divisions were implemented starting in 2016-17. [1] [2] Despite its amateurism, the league obligates its clubs to have a minimum number of players under contract. [3] No first team will be promoted to the Eerste Divisie until after 2022–23, but from the end of 2020–21, the highest-ranked second (i.e., reserve) team gains promotion, while the lowest-ranked reserves are relegated to a new under-21 division. An under-23 competition has been established for the Tweede Divisie's amateur clubs that are not directly eligible for its under-21 equivalent. [4] 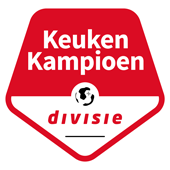 HFC Haarlem was a Dutch football club from the city of Haarlem, established in 1889 and dissolved in 2010. The club won the Dutch national title in 1946 and reached five Cup finals, winning in 1902 and 1912. Haarlem reached the second round of the 1982–83 UEFA Cup, losing to Spartak Moscow of the Soviet Union. 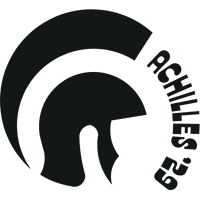 Achilles '29 is a football club from Groesbeek, Netherlands. The first squad played in 2017–18 in the Tweede Divisie.

The Dutch Eerste Divisie in the 1971–72 season was contested by 21 teams, five more than in the previous year. Due to the disbandment of the Tweede Divisie, six teams were promoted to the Eerste Divisie; the rest of the teams returned to amateur football. As a result of the disbandment, teams no longer could relegate to lower leagues. HFC Haarlem won the championship.

The 2015–16 Eerste Divisie, known as Jupiler League for sponsorship reasons, is the sixtieth season of Eerste Divisie since its establishment in 1955. It began in August 2015 with the first matches of the season and will end in May 2016 with the returns of the finals of the promotion/relegation play-offs, involving also the 16th- and 17th-placed teams from the 2015–16 Eredivisie.

The 2016–17 Tweede Divisie season was the first edition of the Dutch third tier since its initial dissolution from the 1970-71 season and the fifteenth overall using "Tweede Divisie" name. Fourteen teams were completed from the Topklasse Saturday and Sunday divisions. Seven highest-placed teams of each division earned promotion to constitute a new, amateur Tweede Divisie. This change in the league system was approved in a KNVB assembly in December 2014. Thus, the Topklasse and leagues below it decremented by one level, and furthermore, promotion and relegation between the Tweede Divisie and the Topklasse were implemented.

The 2016–17 Derde Divisie season is the first edition of the new Dutch fourth tier, formerly called Topklasse, since the restructuring of the league system in the summer of 2016.

The 2018–19 Tweede Divisie season is the third edition of the Dutch third tier since on hiatus from 1970-71 season and the 18th edition using Tweede Divisie name. Thirteen teams competed from the last season along with one relegated team from the Eerste Divisie and four promoted teams from the Derde Divisie.

The 2019–20 Tweede Divisie season was the fourth edition of the Dutch third tier since on hiatus from 1970-71 season and the 19th edition using Tweede Divisie name. Thirteen teams competed from the last season along with five promoted teams from the Derde Divisie.

The 2020–21 Derde Divisie season is the fifth edition of the Dutch fourth tier, formerly called Topklasse, since the restructuring of the league system in the summer of 2016.