United Test and Assembly Center Ltd (Abbreviation: UTAC; Chinese :联合科技; pinyin :Liánhé Kējì) is one of the largest providers of test and assembly services for a wide range of semiconductor devices, including memory, mixed-signal/RF and logic integrated circuits. Founded in 1997 by Inderjit Singh and commencing full operations in 1999, the company started out by acquiring the semiconductor test operations of Fujitsu Microelectronics Asia Pte. Ltd.

At the end of 2006, the company was ranked the fifth largest independent provider of semiconductor tests by Gartner Dataquest. [1] Headquartered in Singapore, UTAC has manufacturing facilities in Singapore, Shanghai, China and Taiwan with global sales offices located worldwide including the United States, Italy and Japan.

In 2003, UTAC established its wholly owned Shanghai operations in Waigaoqiao - a free trade zone in Shanghai. It also formed an alliance with Amkor Technology Inc. in China, combining the strengths of both companies to create a powerful turnkey assembly and test supplier capable of supporting as well as Integrated Device Manufacturers looking to service their end customers in the China market. This partnership was further enhanced in 2007 when both companies announced that they had entered into a multi-year cross-licensing agreement under which Amkor would license its MicroLeadFrame patents to UTAC, and UTAC would license its QFN patents to Amkor. The agreement covers the license of intellectual property rights and transfer of associated packaging technologies.

In 2005, UTAC completed the acquisition of UltraTera Corporation to become a leading test player in the world. In the same year, the company announced several joint ventures with SMIC to build a test and assembly center in Chengdu, China [2] and with Korea's Nepes Corp to build the first 12-inch wafer bumping facility in Singapore. [3]

In 2006, UTAC announced its plans to acquire Thailand-based NS Electronics Bangkok (NSEB) for S$175 million after announcing plans to invest S$500 million into its Singapore operations. [4]

Some of UTAC's customers include:

Renesas Electronics Corporation is a Japanese semiconductor manufacturer headquartered in Tokyo, Japan, initially incorporated in 2002 as Renesas Technology by consolidating the semiconductor units of Hitachi and Mitsubishi excluding their dynamic random-access memory businesses, to which NEC Electronics merged in 2010, resulting in a minor change in the corporate name and logo. 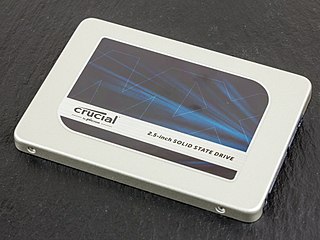 Amkor Technology, Inc. is a semiconductor product packaging and test services provider. The company has been headquartered in Tempe, Arizona, since 2005, when it was moved from West Chester, Pennsylvania, United States. The company was founded in 1969 and, as of 2017, had approximately 29,300 employees worldwide and a reported $4.19 billion in sales. 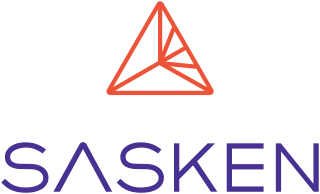 Sasken Technologies Limited is a technology and service provider based in Bangalore, India, which provides product engineering and digital transformation services to global customers in industries such as semiconductors, automotive, enterprise grade devices, smart devices and wearables, industrials, satcom, and telecom.

NXP Semiconductors N.V. is a Dutch-American semiconductor manufacturer with headquarters in Eindhoven, Netherlands and Austin, United States. The company employs approximately 31,000 people in more than 35 countries, including 11,200 engineers in 33 countries. NXP reported revenue of $9.4 billion in 2018.

TTI, Inc. is a specialty distributor of electronic components that include, but are not limited to: capacitors, resistors, connectors, switches, relays, circuit protection, electromagnetics, discrete semiconductors, sensors, RF modules, antennas, and more.

GlobalFoundries is an American semiconductor foundry headquartered in Santa Clara, California, United States. GlobalFoundries was created by the divestiture of the manufacturing arm of Advanced Micro Devices (AMD). The Emirate of Abu Dhabi is the owner of the company through its subsidiary Advanced Technology Investment Company (ATIC).

Prof Inderjit Singh Dhaliwal is a serial entrepreneur and former politician in Singapore's parliament representing the Ang Mo Kio GRC from 1996 to 2015.

Onto Innovation Inc. is an American semiconductor company formed in 2019 from the merger of Rudolph Technologies, Inc. and Nanometrics Incorporated. Onto Innovation is traded as NYSE: ONTO on the New York Stock Exchange, it is a provider of process and process control equipment and software for microelectronic manufacturing industries. The company's product offering includes automated defect inspection and metrology systems, probe card test and analysis systems, and lithography step-and-repeat systems. In addition, Onto Innovation provides a broad range of software products designed to improve yield, control processes and reduce manufacturing costs.

Advanced Semiconductor Engineering, Inc., also known as ASE Group, is a provider of independent semiconductor assembling and test manufacturing services, with its headquarters in Kaohsiung, Taiwan.

Adesto Technologies is an American corporation founded in 2006 and based in Santa Clara, California. The company provides application-specific semiconductors and embedded systems for the Internet of Things (IoT), and sells its products directly to original equipment manufacturers (OEMs) and original design manufacturers (ODMs) that manufacture products for its end customers.