UTC Sheffield opened in September 2013. The University Technical College (UTC) is funded by the Department for Education and co-sponsored by Sheffield Hallam University , The Sheffield College and Sheffield Chamber of Commerce and Industry. It is governed by the Sheffield UTC Academy Trust. It differs from a secondary school as it offers technical qualifications either in creative and digital media or advanced engineering and manufacturing, alongside GCSEs and A Levels. Pupils study their technical subject for a substantial proportion of the week. The college day is longer than in most secondary schools. [4]

There is a higher proportion of boys than girls. The proportion of disadvantaged students supported by pupil premium funding, and pupils from minority ethnic backgrounds is average while the proportion of pupils who have special educational needs or disability is well above average. In 2015, the UTC met the government’s floor standards, which are the minimum expectations for pupils’ attainment and progress at GCSE. [4]

UTC Sheffield City Centre had an initial intake of students aged 14 and 16 (academic years 10 and 12) in 2013, but has expanded to accommodate students aged 13 to 19. The primary catchment area of the UTC is the Sheffield City Region. Where the number of applications for admission to the UTC is greater than the number of places, a proportion of places are awarded to students from each district within the city region. [5]

UTC Sheffield City Centre specialises in advanced engineering and manufacturing and creative and digital media. Pupils aged 14 to 16 study for a diploma in one of the specialised areas – either engineering and manufacturing, or creative and digital media. Pupils also study a core range of GCSEs. Sixth form students also choose between the two specialisms and take a diploma with at least two A Levels. The choice of specialism determines the A Levels on offer to the student. [6]

City of Bristol College is a further education college in Bristol, England. 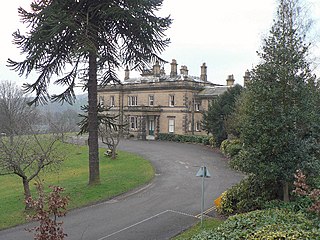 A university technical college (UTC) is a type of secondary school in England that is led by a sponsor university and has close ties to local business and industry. These university and industry partners support the curriculum development of the UTC, provide professional development opportunities for teachers, and guide suitably qualified students to industrial apprenticeships, foundation degrees or full degrees. The sponsor university appoints the majority of the UTC's governors and key members of staff. Pupils transfer to a UTC at the age of 14, part-way through their secondary education. The first UTCs were established in 2010.

Black Country UTC was a university technical college (UTC) located in the Bloxwich area of Walsall, West Midlands, England. The University of Wolverhampton and Walsall College were the lead academic sponsors of the UTC, and Siemens acted as the lead business partner for the UTC. The UTC closed at the end of August 2015.

Hackney University Technical College was a university technical college (UTC) that opened in September 2012 in the Shoreditch area of the London Borough of Hackney in Greater London, England. The University of East London and Hackney College were the lead academic sponsors of the UTC, and BT Group and Homerton University Hospital NHS Trust were the lead business sponsors. The college closed in August 2015.

Buckinghamshire University Technical College is a university technical college (UTC) which opened in September 2013 in Aylesbury, Buckinghamshire, England. The UTC is located in a newly constructed building on the campus of Aylesbury College.

UTC Plymouth is a university technical college (UTC) that opened in the Devonport area of Plymouth, Devon, England in September 2013.

UTC@harbourside was a University Technical College for students aged 14–18 located in Newhaven, East Sussex, England which opened in September 2015. It specialised in science, technology, engineering and maths, leading to academic and vocational qualifications. The college closed in July 2019 due to financial issues and a lack of students.

Sheffield Olympic Legacy Park, in Sheffield, England, is a sports and recreation hub for health and wellbeing collaborative research and learning.

South Bank Engineering UTC is a University Technical College in Brixton, south London, England. The college opened in September 2016 and has capacity for 600 pupils.