UVIS may stand for

The Unified Victim Identification System (UVIS) is an Internet-enabled database system developed for the Office of Chief Medical Examiner of the City of New York (OCME) in the aftermath of the September 11 attacks on New York City and the crash of American Airlines Flight 587. It is intended to handle critical fatality management functions made necessary by a major disaster. 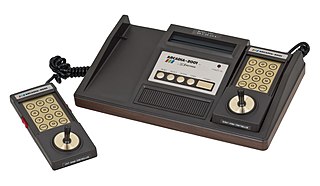 Arcadia 2001 is a second-generation 8-bit console released by Emerson Radio in May 1982, several months before the release of ColecoVision. It was discontinued only 18 months later, with a total of 35 games having been released. Emerson licensed the Arcadia 2001 to Bandai, which released it in Japan. Over 30 Arcadia 2001 clones exist.

Larry W. Esposito is an American planetary astronomer and a professor at the Laboratory for Atmospheric and Space Physics, University of Colorado Boulder. A 1973 graduate at the Massachusetts Institute of Technology, Esposito received his Ph.D in astronomy at the University of Massachusetts Amherst. In 1985, he was awarded the H. C. Urey Prize by the American Astronomical Society. He was also awarded The NASA Medal for Exceptional Scientific Achievement, and the Richtmeyer Lecture Award from the American Association of Physics Teachers and the American Physical Society. His current work involves planetary atmospheres and ring systems.

ASK Rīga is a former professional basketball club that was based in Riga, Latvia. "ASK" stood for "Armijas Sporta Klubs".

The Latvian national basketball team is organized and run by the Latvia Basketball Association. The national team had remarkable success during the inter-war period, being the smallest nation population wise to win the EuroBasket.

College Hill was a reality television series on BET that followed the lives of students at historically black colleges.

The University of St. Martin (USM) is a university in Philipsburg, Sint Maarten founded in 1989. It closed on October 31, 2017. As of 2018 it has reopened. Its specialization was the hospitality program of which it offers the UK accredited Higher National Diploma. The USM had about 350 part and full-time students, and more than 500 alumni. Its president was Dr. Francio Guadeloupe. 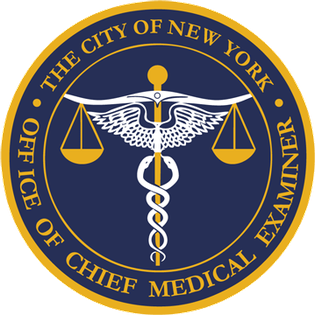 The Office of Chief Medical Examiner of the City of New York (OCME) is a department within the city government that investigates cases of persons who die within New York City from criminal violence; by casualty or by suicide; suddenly, when in apparent good health; when unattended by a physician; in a correctional facility; or in any suspicious or unusual manner. The OCME also investigates when an application is made pursuant to law for a permit to cremate the body of a deceased person.

David Hamilton Jackson was a labor rights advocate in the Danish West Indies, later the United States Virgin Islands. Jackson was an important figure in the struggle for increased civil rights and workers' rights on the islands. He petitioned for freedom of the press, organized the islands' first trade union. Following the transfer of the territory to American control in 1917, he lobbied for US citizenship for the islanders. 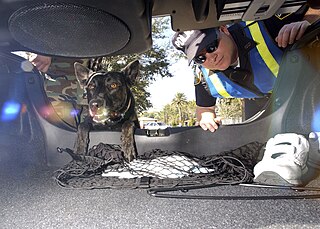 Uvis Helmanis is a former Latvian professional basketball player who played at power forward position. After retiring he became a basketball coach, and currently works as an assistant coach for Rytas Vilnius.

Uvis Kalniņš is a Latvian swimmer, who specialized in sprint freestyle events. He won a bronze medal in the men's 100 m freestyle at the 2011 European Junior Swimming Championships in Belgrade, Serbia, with a time of 50.18 seconds. Kalniņš is also a member of the swimming team for the Missouri State Bears, and an undergraduate student at Missouri State University in Springfield, Missouri.

Solar wind Magnetosphere Ionosphere Link Explorer (SMILE) is a planned joint venture mission between the European Space Agency and the Chinese Academy of Sciences to study the interaction between Earth's magnetosphere and the solar wind, while simultaneously monitoring the magnetosphere's plasma environment. Launch is expected in 2023.

Camille McKayle is an Afro-Jamaican-American mathematician and is the current Provost of the University of the Virgin Islands. She holds a PhD in mathematics from Lehigh University and taught undergraduates at Lafayette College and UVI from 1993 to 2008. In 2008, she became Interim Dean of Science and Mathematics at UVI and four years later was made interim provost. She became the permanent Provost in 2014. McKayle's research focuses on expanding participation of STEM curricula to minority populations.

Uvis is a Latvian masculine given name. People bearing the name include: