U ogledalu (English: In the Mirror) is a 2004 album by Serbian pop singer Ana Stanić. It was released in 2004.

This is a list of notable events in music that took place in the year 2004.

The album contains 10 songs. One of the producers was popular Montenegrin pop singer and producer Vlado Georgiev. Her first hit-single off the album titled "Pogrešan" was published under the label "BK Sound", but after a while, Ana's made a transfer into City Records and surprisingly published her album, and rest of the singles from it, under this label. 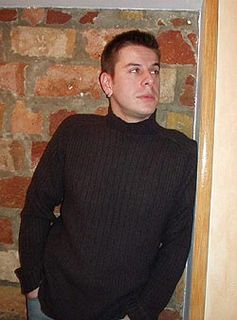 Vladimir "Vlado" Georgiev is a Serbian recording artist. Georgiev remains one of the most prominent musicians in the Balkans.

Mecano was a Spanish pop band formed in 1981 and active until 1992. Mecano became one of the most successful Spanish pop bands of all time. The band is still the best-selling Spanish band to this date, reaching over 25 million albums worldwide. They were considered by some to be avant-garde for their time and part of la Movida Madrileña countercultural movement. They had a brief comeback in 1998. 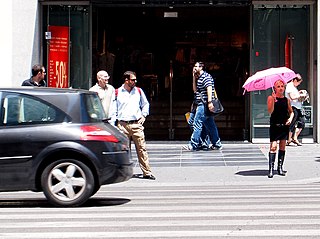 Ana Torroja Fungairiño is a Spanish singer. She was the lead singer of the pop trio Mecano, considered one of the most popular pop bands from Spain during the 1980s and 1990s. Mecano split in 1998 and she embarked on a solo career. 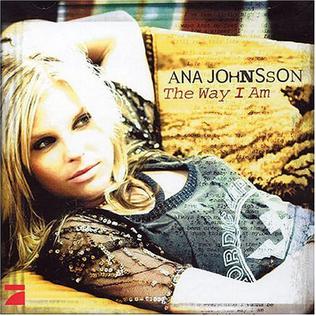 The Way I Am is the 2004 first internationally released album by the Swedish pop/rock singer Ana Johnsson. The album spawned three singles: "We Are", which was the theme song from the Spider-Man 2 movie, and two songs co-written by the singer, "Don't Cry for Pain" and "Coz I Can". In Japan, the album was a hit, selling omore than 100,000 copies, and was certified Gold. The album was 24th best-selling international album of 2004 in Japan. 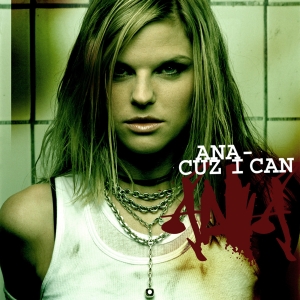 Cuz I Can is the first album by the Swedish pop rock singer Ana Johnsson. The album was released exclusively in Sweden on April 14, 2004. It was later worldwide-released as The Way I Am, so that this latter is sometimes considered to be the first album by Johnsson. The latter album has a different cover and track listing; otherwise the albums are identical. The Way I Am contains the first seven songs from Cuz I Can and some new tracks, including the huge hit "We Are", which was the official soundtrack for the Spider-Man 2 film, "Don't Cry for Pain" and "Coz I Can", a remix of "Cuz I Can". The leftover tracks were included as B-sides on the later released singles.

"Cuz I Can" is the debut single by the Swedish Pop/rock singer Ana Johnsson released from her (officially) first studio album Cuz I Can. Both the single and album were only released in Sweden. The single was released in March 2004.

John William Bristol was an American musician, most famous as a songwriter and record producer for the Motown label in the late 1960s and early 1970s. He was a native of Morganton, North Carolina, about which he wrote an eponymous song. His composition "Love Me for a Reason" saw global success when covered by The Osmonds including a number 1 in the UK charts in 1974. His most famous solo recording was "Hang On in There Baby" recorded in 1974, which reached the Top Ten in the United States and number 3 in the United Kingdom. Both singles were in the UK top 5 simultaneously.

Tijana Dapčević also known as simply Tijana, is a Macedonian recording artist, who gained acclaim in Balkan countries, mainly in Serbia. Dapčević is fluent in Macedonian, Serbian, English, and Italian.

Anamaría Tijoux Merino, commonly known by her stage name Ana Tijoux or Anita Tijoux, is a French-Chilean musician. She became famous in Latin America as the MC of hip-hop group Makiza during the late 1990s. In 2006, she crossed over to the mainstream of Latin pop after her collaboration with Mexican songstress Julieta Venegas in the radio hit "Eres para mí". Tijoux has often been praised for "exploring sensitive matters devoid of violence." She gained more widespread recognition following her second solo album, 1977.

Elliott Brown Bannister III is a contemporary Christian music (CCM) producer and songwriter. Bannister released one album of his own, Talk to One Another, in 1981 on NewPax Records. It was reissued on the Reunion Records label five years later, featuring a newer recording of the album's final cut, "Create in Me a Clean Heart". The original NewPax version featured Ed DeGarmo on the Hammond B3 organ; the 1986 version featured Amy Grant and her then husband Gary Chapman on vocals. The 1986 version was released as a radio single and gained moderate airplay in some markets. 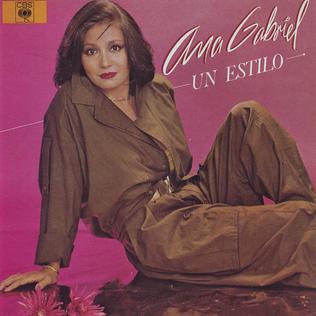 Un Estilo is the 1st studio album by Mexican pop singer Ana Gabriel. It was released on 1985. She participated with the song Búscame in the OTI Festival which media started to know about her. In the beginning she found it difficult, as no label was willing to give her the opportunity, til the then-label CBS Records, now Columbia Records, signed her. The sales of the album were low, though it was received well. The album also features a cover of the Eurythmics song "Right By Your Side" entitled Sin ti no sé amar.

Soy como soy is the 15th studio album by Mexican pop singer, Ana Gabriel. It was released on 1999. This material shows her firmly planted in the pop music, guided by the masterful hand of producer Emilio Estefan Jr. Gabriel composed some of the songs, with collaborations by Estefan himself, as well as renowned pop composer Kike Santander. It was recorded at Crescent Moon Studios, Miami, Florida.

Moby Dick is a notable Serbian pop-dance band. It is named for the well-known novel Moby-Dick by Herman Melville. 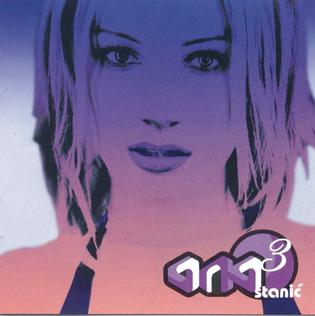 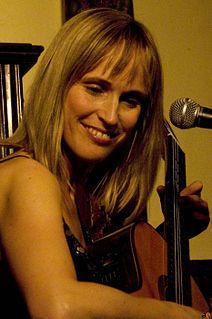 Ana Serrano van der Laan is a singer-songwriter born in Madrid, Spain. She composes in English, Spanish and Swedish, with a smattering of French.

This page includes the discography of the Serbian artist Ana Stanić. 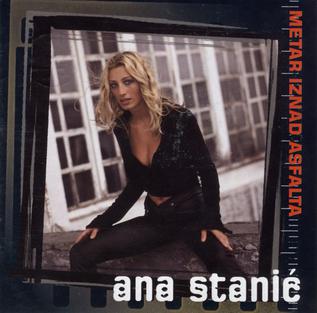 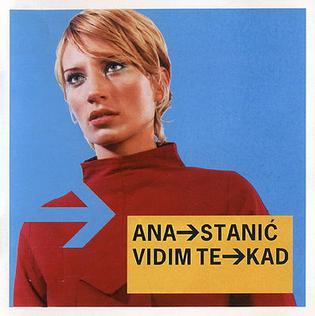 Vidim te kad is a 1999 album by Serbian pop singer Ana Stanić. The album was released in summer 1998.