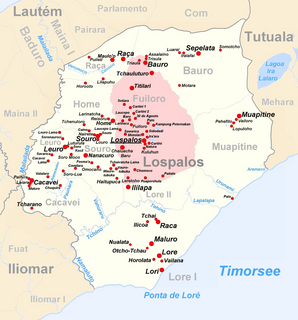 Fuiloro is a suco and village on the northeastern tip of East Timor. The district capital Lospalos lies in the suco of Fuiloro.

Lari Arthur Ketner was an American professional basketball player. A 6-foot-9-inch (2.06 m), 277-pound (126 kg) forward/center, Ketner played college basketball at the University of Massachusetts Amherst, and was selected by the Chicago Bulls with the 49th overall pick of the 1999 NBA draft.

Ranracancha is one of the eight districts of the province Chincheros in Peru.

Birinci Şordəhnə is a village in the Agdash Rayon of Azerbaijan.

Gəndov is a village in the Ismailli Rayon of Azerbaijan. The village forms part of the municipality of Qaraqaya.

Tarovlu is a village in the Qubadli Rayon of Azerbaijan.

Uników is a village in the administrative district of Gmina Pińczów, within Pińczów County, Świętokrzyskie Voivodeship, in south-central Poland. It lies approximately 8 kilometres (5 mi) east of Pińczów and 39 km (24 mi) south of the regional capital Kielce.

Panton River is a river in the Kimberley region of Western Australia.

The Mapo Bridge crosses the Han River in South Korea and connects the Mapo District and the Yeongdeungpo District in the city of Seoul. The bridge was completed in 1970. Until 1984, the bridge was called Seoul Bridge.

Michichi is a hamlet in southern Alberta, Canada within Starland County. It is located 7 kilometres (4.3 mi) south of Highway 9, approximately 121 kilometres (75 mi) northeast of Calgary.

Uatucarbau is an administrative post in the Viqueque District of East Timor. Its population at the 2004 census was 6,725. The capital is Uatucarbau.

Aït Chafâa is a town and commune in Tizi Ouzou Province in northern Algeria.

The Church of San Giovanni Battista is a church located in the center of Praiano, a small comune located on the Amalfi Coast in southern Italy. Constructed in the Romanesque style, San Giovanni Battista has a rectangular plan and a vaulted ceiling, featuring Italian Baroque design elements on the inside. Dating back to the 11th–12th centuries, the church features a very well preserved maiolica flora- and fauna-inspired tiled floor and a pipe organ from Neapolitan organ masters. 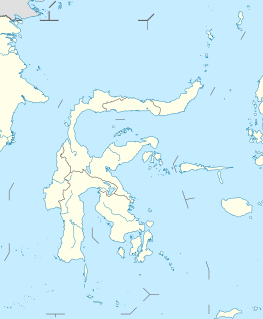 Pongtiku Airport is an airport in Rantetayo, Tana Toraja Regency, Province South Sulawesi Indonesia and with 1,300 meters runway can serve ATR 42 and Fokker 50. 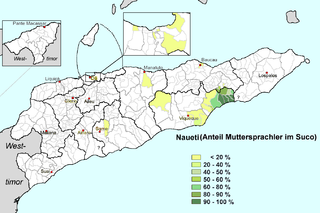 Horacio de Almeida is Deputy Provedor of Human Rights in the Office of the Provedor for Human Rights and Justice, or Provedoria dos Direitos Humanos e Justiça (PDHJ), in Timor-Leste. He has held this position since January 2015.