Born in Germany to Taiwanese parents, Ue-Li Pen at age 13 moved with his parents to Canada. He received in 1989 B.Sc. in mathematics from National Taiwan University, in 1991 M.Sc. in physics from National Chiao Tung University, Taiwan, and in 1996 Ph.D. in astrophysics from Princeton University with thesis Numerical Studies of Gasdynamics in Cluster of Galaxies under the supervision of Jeremiah P. Ostriker. [1]

From 1995 to 1998 Pen was a post-doc at Harvard University. In 1998 he joined the faculty of the University of Toronto, where he has remained until the present. He was the Interim Director of the Canadian Institute for Theoretical Astrophysics from 2016 to 2019. He does research on massively parallel simulations in astrophysics, dark matter, and black hole physics. Current projects include "the non-linear dynamics of the cosmic neutrino background, 21cm intensity mapping, pulsar VLBI scintillometry, and Canadian Hydrogen Intensity Mapping Experiment CHIME". [2]

Subrahmanyan Chandrasekhar was an Indian-American astrophysicist and mathematician who spent his professional life in the United States. He was awarded the 1983 Nobel Prize for Physics with William A. Fowler for "...theoretical studies of the physical processes of importance to the structure and evolution of the stars". His mathematical treatment of stellar evolution yielded many of the current theoretical models of the later evolutionary stages of massive stars and black holes. The Chandrasekhar limit is named after him.

Phillip James Edwin Peebles is a Canadian-American astrophysicist, astronomer, and theoretical cosmologist who is currently the Albert Einstein Professor of Science, Emeritus, at Princeton University. He is widely regarded as one of the world's leading theoretical cosmologists in the period since 1970, with major theoretical contributions to primordial nucleosynthesis, dark matter, the cosmic microwave background, and structure formation.

Margaret J. Geller is an American astrophysicist at the Harvard–Smithsonian Center for Astrophysics. Her work has included pioneering maps of the nearby universe, studies of the relationship between galaxies and their environment, and the development and application of methods for measuring the distribution of matter in the universe.

Peter Goldreich is an American astrophysicist whose research focuses on celestial mechanics, planetary rings, helioseismology and neutron stars. He is currently the Lee DuBridge Professor of Astrophysics and Planetary Physics at California Institute of Technology. Since 2005 he has also been a professor at the Institute for Advanced Study in Princeton, New Jersey. Asteroid 3805 Goldreich is named after him. 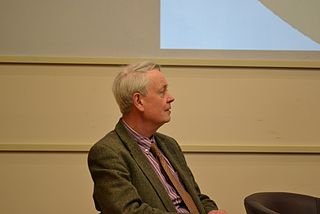 James Jeffrey Binney, FRS, FInstP is a British astrophysicist. He is a professor of physics at the University of Oxford and former head of the Sub-Department of Theoretical Physics as well as an Emeritus Fellow of Merton College. Binney is known principally for his work in theoretical galactic and extragalactic astrophysics, though he has made a number of contributions to areas outside of astrophysics as well. 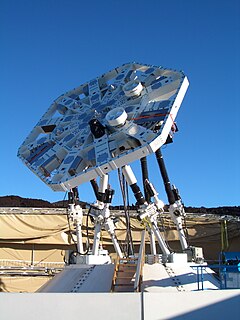 Hugh Couchman is a Canadian astronomer and professor at McMaster University. He is a computational astrophysicist who studies the growth of structure in the universe via gravitational N-body simulations.

David Merritt is an American astrophysicist and professor at the Rochester Institute of Technology in Rochester, New York. He received his PhD in Astrophysical Sciences from Princeton University and held postdoctoral positions at the University of California, Berkeley and the Canadian Institute for Theoretical Astrophysics in Toronto. His fields of specialization include dynamics and evolution of galaxies, supermassive black holes, and computational astrophysics.

Priyamvada (Priya) Natarajan is a professor in the departments of Astronomy and Physics at Yale University. She is noted for her work in mapping dark matter and dark energy, particularly with her work in gravitational lensing, and in models describing the assembly and accretion histories of supermassive black holes. She authored the book Mapping the Heavens: The Radical Scientific Ideas That Reveal the Cosmos.

Neta Bahcall is an Israeli astrophysicist and cosmologist specializing in dark matter, the structure of the universe, quasars, and the formation of galaxies. Bahcall is the Eugene Higgins Professor of Astronomy at Princeton University.

Adam Burrows is a noted professor of astrophysical sciences at Princeton University.

Edmund Bertschinger is an American theoretical astrophysicist and cosmologist and professor of physics at MIT.

Nicholas Kaiser is a British cosmologist.

Mohammad Sami, FASc & FNASc... is an Indian theoretical physicist and cosmologist, known for his work on dark energy. A research paper known as "Dynamics of Dark Energy", co-authored by him, has found place in the elite document titled as "Scientific Background on the Nobel Prize in Physics" (2011), compiled by the Class for Physics of the Royal Swedish Academy of Sciences on the accelerating universe. He is currently a Professor and Director (Founder) at the Centre for Theoretical Physics (CTP) and also the Dean of Faculty of Natural Sciences in Jamia Millia Islamia, which is a Central University by an act of Parliament at New Delhi, India

Shane W. Davis is an American astrophysicist. He is an assistant professor in the department of astronomy at the University of Virginia. Davis was a senior research associate at the Canadian Institute for Theoretical Astrophysics. He was awarded a Sloan Research Fellowship in 2015.

James McLellan Stone is an American astrophysicist who specialises in the study of fluid dynamics. He is currently a faculty member at the School of Natural Sciences at the Institute for Advanced Study. Stone is also the Lyman Spitzer Jr., Professor of Theoretical Astrophysics, Emeritus, and Professor of Astrophysical Sciences and Applied and Computational Mathematics, Emeritus, at Princeton University.