[ʏ̞ˈfʏ̞]  (help·info), romanized: Öfö) is the capital and largest city of the Republic of Bashkortostan in Russia. The city lies at the confluence of the Belaya and Ufa rivers, in the centre-north of Bashkortostan, on hills forming the Ufa Plateau to the west of the southern Ural Mountains, with a population of over 1 million residents, [14] up to 1.4 million residents in the urban agglomeration. Ufa is the eleventh-most populous city in Russia, and the fourth-most populous city in the Volga Federal District.

The city is considered to have been founded in 1574, when a fortress was built on the site of the city by order of Ivan the Terrible. Ufa was made capital of Ufa Governorate in 1865, when the governorate split from Orenburg Governorate. Ufa's population expanded during the early 20th century.

Today, Ufa's economy consists primarily of the oil refining, chemistry, and mechanical engineering industries; the petroleum company Bashneft and several of its subsidiaries are headquartered in Ufa. Ufa is an ethnically diverse city, home to a substantial number of ethnic Bashkirs and Tatars, with an ethnic Russian majority population. A number of educational institutions are located in Ufa, including Bashkir State University, Ufa State Aviation Technical University, Ufa State Petroleum Technological University, and Ural State Law University. The city hosted separate summits of the BRICS group as well as the Shanghai Cooperation Organisation in 2015.

The name Ufa comes from the Ufa River on which the city lies, but the origin of the river's name is disputed. The Russian linguist Aleksandr Matveyev proposes that the name is of Iranian origin, from "ap", meaning water. [15]

In a paper published in 2014, researchers Karimov and Khabibov from Bashkir State Pedagogical University present and argue for a hypothesis according to which before the construction of the foundational Russian fortress in 1574 which has since grown to become the current city of Ufa, there had already been an ancient settlement called Ufa on a hilltop near the mouth of the Ufa river. According to them, this settlement was founded by Turkic-speaking tribes to perform rituals and sacrifices to the sky god Tengri and they called this place Upe or Ufe because, they argue, in ancient Turkic languages a place of ritual sacrifice used to be called an "opo" or an "ope". They further hypothesize that the inhabitants of the settlement themselves also came to be called the Upe or Ufe tribe and subsequently the river along which they flourished and expanded their settlement towards its source also came to be called Ufa. Karimov and Khabibov claim that the Russian fortress builders were probably aware of this ancient name and consequently named their new settlement Ufa. [16]

Early history of the surrounding area of Ufa dates back to Paleolithic times. [18] Presumably, from the 5th to the 16th century there was a medieval city on the site of Ufa. [19] On the Pizzigano brothers' map (1367) [20] and on the Catalan Atlas (1375) [21] a town approximately on the Belaya River was designated Pascherti (Bashkort), [22] and Gerardus Mercator's map (1554) also marked the settlement with the Pascherti name. French orientalist Henri Cordier associates the position of Pascherti with the current location of Ufa. [17]

Ibn Khaldun called the town, among the largest cities of the Golden Horde, Bashkort. [23]

Russian historian of the 18th century Peter Rychkov wrote that there was a great city on the territory of Ufa before the arrival of the Russians. [24]

The official of the Orenburg Governorate government Vasily Rebelensky wrote that Ufa was founded by the Bashkirs. [25]

Before becoming the seat of a separate Ufa Governorate in 1781, the city, along with the rest of the Bashkir lands, was under the jurisdiction of the Orenburg governors. And even though the 172131233212396 reform reunited Orenburg and Ufa again, in 1802 the city of Ufa became a new center of the entire Orenburg Governorate that included large territories of modern-day Republic of Bashkortostan, Orenburg Oblast, and Chelyabinsk Oblast. During the 1800-1810s, Scottish Russian architect William Heste developed a general city plan for Ufa as a regional capital shaping the modern outline of its historical center. [ citation needed ]

The Belaya River Waterway (1870) and the Samara-Zlatoust Railroad (1890) connected the city to the European part of the Russian Empire and stimulated development of the city's light industry. As a result, by 1913 the population of Ufa grew to 100,000. [ citation needed ] During World War II, following eastward Soviet retreat in 1941, the Abwehr operated in Ufa, 1941–1943, [28] some German infiltration, occurred 1914–1943 in espionage, a number of industrial enterprises of the western parts of the Soviet Union were evacuated to Ufa. The city also became the wartime seat of the Soviet Ukrainian government. [ citation needed ]

During 9—10 July 2015 Ufa hosted summits of the BRICS group and the Shanghai Cooperation Organisation. [29]

According to Forbes, in 2013, Ufa was the best city in Russia for business among cities with population over one million. [31]

Many urban enterprises engaged in oil refining, chemistry, and mechanical engineering reside in Ufa. Additionally, the economy of Ufa is composed of many fuel, energy, and engineering complexes.

Ufa is home to about 200 large and medium industrial enterprises. [32]

Some important enterprises in Ufa include:

The Ufa International Airport has international flights to Turkey, Tajikistan, Egypt, Azerbaijan, Uzbekistan, and Cyprus as well as domestic flights to many Russian cities and towns, including Moscow.

The Ufa Metro is a planned and oft-delayed subway system, discussed since the late 1980s. On May 30, 1996, there was a ceremony marking the beginning of preparatory construction work, attended by then-President Boris Yeltsin. [36]

Public transportation in Ufa includes trams (since 1937) and trolleybuses (since 1962), as well as bus and marshrutka (routed cabs) lines.[ citation needed ]

The population of Ufa exceeded one million in 1980.[ citation needed ] It currently ranks 11th among Russian cities by population, and the 29th among cities in Europe by city proper. As of January 1, 2009, the city accounted for 25.4% of all residents of the republic or 42.2% of the urban population.

Ufa has a warm summer continental climate (Köppen: Dfb). Ufa's climate is characterized by harsh winters, but in some cases summers can be quite long and hot.

The bodies of local self-government of Ufa are:

In Ufa there is the Ufa branch of the Financial University and the Ufa branch of the Russian State Economic University. Plekhanov, where there are practically no check digits for admissions to the budget. They are housed in good-quality buildings, but they don't benefit from them to society, more and more often rumors are circulating about them that they are designed for siphoning money - since there are practically no budget places for economic specialties in Ufa. In the economic specialties of the magistracy, the plan for admission to Ufa universities is no more than 30 budget places.

Periodically, a suffocating, unpleasant chemical smell is felt on the territory of the Ufa. [46] [47] [48] The media reports about the smell come out with an enviable regularity. All these reports are not groundless, and the culprits are getting out of responsibility due to the fact that there is no Continuous Emission Control System (CEMS) in the city.

According to the letter of the Federal Service for Hydrometeorology and Environmental Monitoring (Roshydromet) No. 20-18 / 218 of 11.07.18: "In the framework of solving problems at the federal level in the implementation of the state monitoring of atmospheric air, the territorial office of Roshydromet - FGBU Bashkir UGMS monitors pollution of atmospheric air in Ufa at 9 stationary posts of the state observation network located in different parts of the city to estimate the level of air pollution generated by the total release and stationary and mobile sources of pollutants. Suspended substances (dust) are measured at all 9 posts of the state observation network. The results of observations of the pollutants content are presented on the official website of the Bashkir State Hydrometeorological Service in the section "Monitoring of environmental pollution" [49] daily and monthly. In 2017, the maximum single concentration of suspended solids reached 4.6 MPC m. in March 2017, at the address: Oktyabrya Ave., 141, located near the motorway with heavy traffic, and in April 2017 at the post: Dostoyevsky St., 102/1, located in the area of the industrial enterprise. During 2017 almost all posts of the state observation network recorded exceedances of a single concentration of suspended substances. At the same time, in order to implement regional state environmental oversight aimed at preventing, detecting and suppressing violations by public authorities, local authorities, and legal entities, individual entrepreneurs and citizens of requirements in the field of atmospheric air protection, under the Ministry of Natural Resources and the Environment of the Republic Bashkortostan operates the State Bank of the Republic of Belarus "Office of State Analytical Control", to whose tasks, including GSI "organization of periodic environmental monitoring mobile laboratories in the areas where the population lives in the republic and in the zones of protective measures in the system of the general program of integrated environmental and sanitary-hygienic monitoring. " Going to the site [50] found that all 9 posts of the state observational network of Roshydromet are located at a considerable distance from the area of Inors and Sipaylovo, from residential areas. Control of MPC and air quality in residential areas is not carried out. Lyalya Tyolpan Mosque (left) and Cathedral of the Nativity of the Theotokos.

The major religions in the city are Sunni Islam and Russian Orthodoxy. The Bezpopovtsy strain of Russian Old Believers is also registered in Ufa. [51]

Ufa is a place of location of The Central Spiritual Administration of Muslims of Russia  [ ru ]. In 1989, the Russian Islamic University was opened. One of the largest mosques in Europe, Ar-Rahim  [ ru ], is under construction in Ufa. 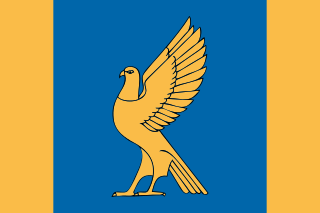 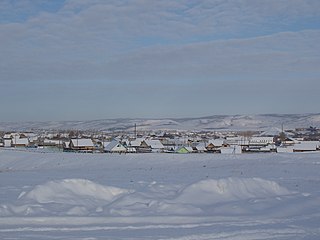 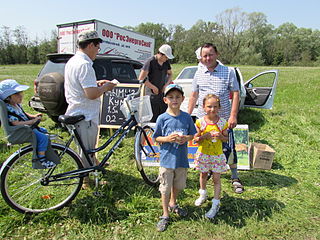 Mezhgorye is a closed town in the Republic of Bashkortostan, Russia, located in the southern Ural Mountains near Mount Yamantau, about 200 kilometers (120 mi) southeast of Ufa, the capital of the republic, on the banks of the Maly Inser River. Population: 17,352 (2010 Census); 19,082 (2002 Census). 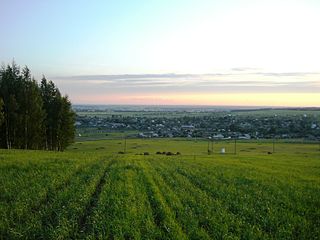 Krasnokamsky District is an administrative and municipal district (raion), one of the fifty-four in the Republic of Bashkortostan, Russia. It is located in the northwest of the republic and borders with the territory of the city of republic significance of Neftekamsk in the north, Yanaulsky District in the northeast, Kaltasinsky District in the east, Ilishevsky District in the south, the Republic of Tatarstan in the south and southwest, and with the Udmurt Republic in the west and northwest. The area of the district is 1,594.92 square kilometers (615.80 sq mi). Its administrative center is the rural locality of Nikolo-Beryozovka. As of the 2010 Census, the total population of the district was 27,986, with the population of Nikolo-Beryozovka accounting for 21.8% of that number. 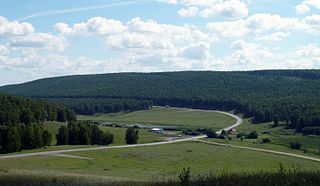 Mechetlinsky District is an administrative and municipal district (raion), one of the fifty-four in the Republic of Bashkortostan, Russia. It is located in the northeast of the republic and borders with Sverdlovsk Oblast in the north, Belokataysky District in the east, Kiginsky District in the southeast, and with Duvansky District in the south and west. The area of the district is 1,556.67 square kilometers (601.03 sq mi). Its administrative center is the rural locality of Bolsheustyikinskoye. As of the 2010 Census, the total population of the district was 25,032, with the population of Bolsheustyikinskoye accounting for 31.3% of that number.

Chekmagush is a rural locality and the administrative center of Chekmagushevsky District in the Republic of Bashkortostan, Russia. As of the 2010 Census, its population was 11,382.