Ufuk is a unisex Turkish given name meaning "horizon". [1] It stems from the Arabic ufuq (أفق), having the same meaning, [2] as does the corresponding Hebrew name "אופק". The name may refer to: 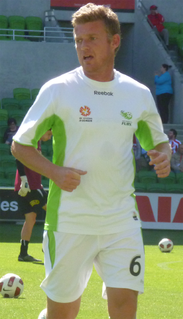 Ufuk Talay is an Australian football coach and former player. Talay was suited to play in central midfield and was known for his good distribution and on-field vision. He is the current manager of Wellington Phoenix.

Talay is a surname that is particularly common in Turkey. People with the surname include:

Barış Özbek is a German professional footballer who most recently played as a midfielder for Fatih Karagümrük.

Turks in Azerbaijan, or Turkish Azerbaijanis, refers to ethnic Turkish people who live in the Republic of Azerbaijan. The community is largely made of Ottoman Turkish descendants who have lived in Azerbaijan for centuries, as well as the Turkish Meskhetian community which arrived in large numbers during Soviet rule. More recently, there has been Turkish migration from the Republic of Turkey, as well as from other post-Ottoman modern nation-states and from the Turkish diaspora.

Ufuk Ceylan is a Turkish professional footballer who plays as a goalkeeper for Süper Lig club Alanyaspor. 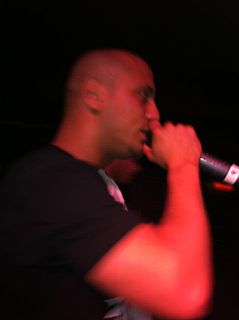 Alper Sendilmen, better known as "Alpa Gun", is a German rapper of Turkish descent. In 2004, he got signed to Berlin label Sektenmuzik and has since been a member of rap group Die Sekte.

Sinan is a name found in Arabic and Early Arabic, meaning spearhead. The name may also be related to the Ancient Greek name Sinon. It was used as a male given name.

Ufuk Özbek is a Turkish professional footballer who plays as an attacking midfielder for Gönen Belediyespor. He is the brother of Barış Özbek who is also a midfielder.

Ceylan is a Turkish given name and also surname and may refer to:

Ufuk Budak is an Azerbaijani footballer of ethnic Turkish descent who plays as a defender for Bursaspor.

Ilter Tashkin, also spelled as Taşkın İlter, is a German-born Azerbaijani footballer of ethnic Turkish origin who plays as a midfielder for Turkish club Eyüpspor.

Karşıyaka Basket, mostly known as Pınar Karşıyaka for sponsorship reasons, is a Turkish professional basketball team that is located in Karşıyaka, İzmir. It is a section of the multi-sport club Karşıyaka SK. The team also goes by the name of KSK, which stands for Karşıyaka Spor Kulübü.

Beşiktaş Basketbol, for sponsorship reasons Beşiktaş Icrypex is a Turkish professional basketball team from the city of İstanbul. The team formed in 1967 as the basketball section of Beşiktaş J.K., which was founded in 1903. The team competes in the Turkish Basketball Super League and in the FIBA Europe Cup.

Ufuk Akyol is a German footballer who plays as a defender for Turkish club Antalyaspor.

Uras may refer to:

Sevtap Altunoluk is a Turkish Paralympian goalball player having visual impairment. She is a member of the national team taking part at the 2020 Summer Paralympics. She is a native of Tokat in Turkey.

Kader Çelik is a Turkish Paralympian goalball player having visual impairment. She is a member of the national team taking part at the 2020 Summer Paralympics.