Uguisu no fun (鶯の糞, literally meaning "nightingale faeces" in Japanese), also called the "Geisha Facial", [1] refers to the excrement (fun) produced by a particular nightingale, the Japanese bush warbler (uguisu). [1] The droppings have been used in facials throughout Japanese history. [1] Recently, the product has appeared in the Western world. [1] The facial is said to whiten the skin and balance skin tone,[ clarification needed ] as well as treat skin affected by hyperpigmentation. [2]

The use of nightingale excrement dates back to the Heian period (794–1185) when it was introduced to the Japanese by the Korean people. [1] [3] Koreans used the guano to remove dye from fabric, allowing them to make intricate designs on clothing. [1] [3] The Japanese used the bird droppings to remove stains from silk garments such as kimono. [4] [5] During the Edo period (1603–1868), the Japanese expanded its use by using it as a beauty treatment. [3] Some sources, however, report that as early as the 3rd century Japanese women used bags of rice bran and supplies of nightingale droppings to whiten their skin. [6] [7] Geisha and kabuki actors used white makeup known as oshiroi that contained zinc and lead, which likely caused many issues such as skin diseases. [1] [8] Uguisu no fun was used to thoroughly remove this makeup and to whiten the skin. [1] [4] Buddhist monks also used the droppings to polish and clean their bald scalps. [1] [3]

The first modern written mention of the use of uguisu no fun is in a book entitled Shunkin-sho (Portrait of Lady Shunkin), published in 1933 by Jun'ichirō Tanizaki, set in Japan's Meiji period (1868–1912).

Currently, Hyakusuke is the last shop in Tokyo to sell government-approved uguisu no fun. [9] This 200 year-old cosmetic shop carries the powder along with other cosmetic products. [9] [10]

The modern-day revival of uguisu no fun in Japan[ clarification needed ] may be attributed to a respect for ancestral traditions as well as to the innovative culture of Japan.[ citation needed ]

Uguisu no fun is harvested in nightingale farms in Japan. [1] Though wild nightingales eat insects and berries, the diet of the caged birds consists of organic seeds. [1] [11] Some nightingales feed on caterpillars that eat from plum trees. [5] The guano is scraped from the cages, and an ultraviolet light is often used to kill the bacteria to sanitize it. [1] [11] The droppings are then usually dried with a dehydrator. [1] Some are sun-dried for over two weeks while simultaneously being UV sterilized. Next, it is ground into a fine white powder, and it is sold in this form. [1]

Rice bran is sometimes added to the guano for the purpose of exfoliation. [1] The powder is mixed with water, yielding a paste, before being massaged into the skin for a few minutes and then being rinsed off. [1] The facial is usually rather odorless and sanitized. [1] [5] The added rice bran can also neutralize the slight musky odor. [12]

In one New York spa that offers the application of ugisu no fun, the process takes about one hour and costs $180. [8]

The way the facial works is not entirely clear. [4] The guano from the nightingale has a high concentration of urea and guanine. [1] Because birds excrete a fecal and urine waste from a single opening, called the cloaca, the fecal-urine combination gives the droppings a high concentration of urea. [1] [4] Urea is sometimes found in cosmetics because it locks moisture into the skin. [1] [4] The guanine may produce shimmery, iridescent effects on the skin. [1] [8] It is claimed that because of the short intestine of the nightingale, the droppings have protein, a fat-degrading enzyme, and a whitening enzyme that acts on fat and scurf to whiten skin and even out blemishes.

Numerous sources comment that "the amino acid guanine" gives uguisu no fun its cosmetic properties, though guanine is a nucleotide base, not an amino acid. [1] [3] [12]

Victoria Beckham, who has long suffered with acne, has used uguisu no fun to improve her skin. It was reported that Beckham admired the clarity of the skin of Japanese women and subsequently learned about the droppings. [11]

In the novel Memoirs of a Geisha , the character Chiyo repays Hatsumomo's cruelty by mixing pigeon droppings with her face cream that contained unguent of nightingale droppings. [13]

In the 2012 movie Mirror Mirror , based on the fairytale Snow White, the evil queen, played by Julia Roberts, undergoes extreme beauty treatments in order to woo a prince. The treatment begins with an application of bird droppings to her face. 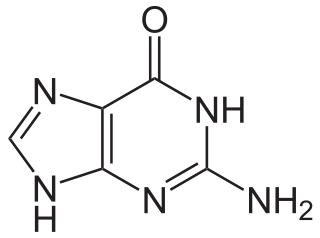 Guanine is one of the four main nucleobases found in the nucleic acids DNA and RNA, the others being adenine, cytosine, and thymine. In DNA, guanine is paired with cytosine. The guanine nucleoside is called guanosine. 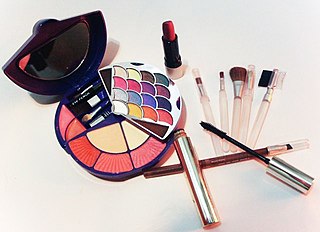 Cosmetics are constituted from a mixture of chemical compounds derived from either natural sources or synthetically created ones. Cosmetics designed for skin care can be used to cleanse, exfoliate and protect the skin, as well as replenishing it, through the use of cleansers, toners, serums, moisturizers, and balms; cosmetics designed for more general personal care, such as shampoo and body wash, can be used to cleanse the body; cosmetics designed to enhance one's appearance (makeup) can be used to conceal blemishes, enhance one's natural features, add color to a person's face and, in the case of more extreme forms of makeup used for performances, fashion shows and people in costume, can be used to change the appearance of the face entirely to resemble a different person, creature or object. Cosmetics can also be designed to add fragrance to the body.

Florence Nightingale Graham, who went by the business name Elizabeth Arden, was a Canadian-American businesswoman who founded what is now Elizabeth Arden, Inc., and built a cosmetics empire in the United States. By 1929, she owned 150 salons in Europe and the United States. Her 1,000 products were being sold in 22 countries. She was the sole owner, and at the peak of her career, she was one of the wealthiest women in the world. 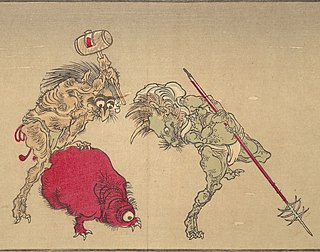 Yōkai are a class of supernatural monsters and spirits in Japanese folklore. The word 'yōkai' is composed of the kanji for "bewitching; attractive; calamity" and "spectre; apparition; mystery; suspicious." Yōkai are also referred to as ayakashi (あやかし), mononoke (物の怪) or mamono (魔物). The characteristics of yōkai range diversely from malevolent and mischievous entities believed to cause misfortune and harm, to those who are considered to bring good fortune to those who encounter them. 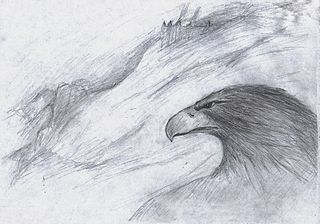 In J. R. R. Tolkien's fictional universe of Middle-earth, the eagles were immense flying birds that were sapient and could speak. Often emphatically referred to as the Great Eagles, they appear, usually and intentionally serving as agents of eucatastrophe or deus ex machina, in his legendarium, from The Silmarillion and the accounts of Númenor to The Hobbit and The Lord of the Rings.

The Japanese bush warbler, known in Japanese as uguisu (鶯), is an Asian passerine bird more often heard than seen. Its distinctive breeding song can be heard throughout much of Japan from the start of spring.

The Nakajima Ki-27 was the main fighter aircraft used by the Imperial Japanese Army Air Force up until 1940. Its Allied nickname was "Nate", although it was called "Abdul" in the "China Burma India" (CBI) theater by many post war sources; Allied Intelligence had reserved that name for the nonexistent Mitsubishi Navy Type 97 fighter, expected to be the successor to the carrier-borne Type 96 with retractable landing gear and an enclosed cockpit.

The Kawasaki Ki-60 was an experimental Japanese pre-World War II fighter aircraft that used a license-built (Kawasaki) DB 601 liquid-cooled engine. This was at that time an unusual choice because the majority of Japanese aircraft at that time used air-cooled radial engines.

Skin whitening, also known as skin lightening and skin bleaching, is the practice of using chemical substances in an attempt to lighten the skin or provide an even skin color by reducing the melanin concentration in the skin. Several chemicals have been shown to be effective in skin whitening, while some have proven to be toxic or have questionable safety profiles. This includes mercury compounds which may cause neurological problems and kidney problems. 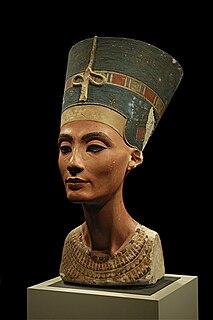 The history of cosmetics spans at least 7,000 years and is present in almost every society on earth. Cosmetic body art is argued to have been the earliest form of a ritual in human culture. The evidence for this comes in the form of utilised red mineral pigments including crayons associated with the emergence of Homo sapiens in Africa. Cosmetics are mentioned in the Old Testament—2 Kings 9:30 where Jezebel painted her eyelids—approximately 840 BC—and the book of Esther describes various beauty treatments as well. 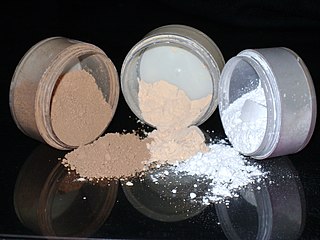 Face powder is a cosmetic product applied to the face to serve different functions, typically to beautify the face. Originating from ancient Egypt, face powder has had different social uses across cultures and in modern times, it is typically used to set makeup, brighten the skin and contour the face.

Guano is the accumulated excrement of seabirds and bats. As a manure, guano is a highly effective fertilizer due to its exceptionally high content of nitrogen, phosphate, and potassium: key nutrients essential for plant growth. Guano was also, to a lesser extent, sought for the production of gunpowder and other explosive materials.

Bihaku (美白) is a Japanese term meaning "beautifully white" which was coined in the early 1900s with the emergence of skin whitening products and cosmetics. Even in ancient Japanese haiku there have been numerous references to this term.

The Kawasaki Ki-64 was a one-off prototype of an experimental heavy, single seat, fighter. It had two unusual design features. First; it had two Kawasaki Ha-40 engines in tandem; one in the aircraft nose, the other behind the cockpit, both being connected by a drive shaft. This combination drove two, three-bladed, contra-rotating propellors. The second feature was the use of the wing surface as a radiator for the water-cooled engines. The aircraft first flew in December 1943. During the fifth flight, the rear engine caught fire; and while the aircraft made an emergency landing, it was damaged. The aircraft was subsequently abandoned in mid-1944 in favour of more promising projects. The airframe survived the war, and parts of the unique cooling system were sent to Wright Field for examination.

e.l.f. Cosmetics is an American cosmetics brand based in Oakland, California. It was founded by Joseph Shamah and Scott Vincent Borba in 2004. Items include bath and skin-care products, mineral-based makeup, professional tools, eyeliners, lipstick, glosses, blushes, bronzers, brushes, and mascara, among others.