UHL or Uhl may refer to:

This disambiguation page lists articles associated with the title Uhl.
If an internal link led you here, you may wish to change the link to point directly to the intended article.

May 4 is the 124th day of the year in the Gregorian calendar; 241 days remain until the end of the year.

Dominic is a name common among Roman Catholics and other Latin-Romans as a male given name. Originally from the late Roman-Italic name "Dominicus", its translation means "Lordly", "Belonging to God" or "of the Master". Variations include: Dominicus, Dominik, Dominick, Domenic, Domenico (Italian), Domanic, Dominiq, Domonic, Domingo (Spanish), Dominykas (Lithuanian), Domingos (Portuguese), Dominggus; and the feminine forms Dominica, Dominika, Domenica, Dominga, Domingas; as well as the unisex French origin Dominique.

Fischer is an Alsatian surname, derived from the profession of the fisherman. The name Fischer is the fourth most common German surname. The English version is Fisher. 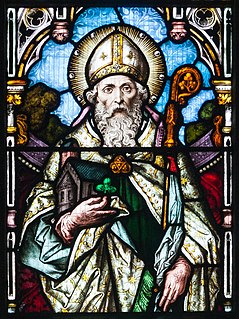 Patrick is a given name derived from the Latin name Patricius. Alternative meaning could be derived from Old English elements "Pǣga", meaning unknown, and "rīce", meaning ruler. 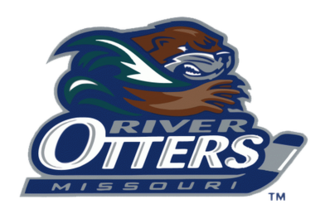 Missouri River Otters were a minor professional ice hockey team based in St. Charles, Missouri. They played in the United Hockey League from 1999 to 2006. They played their home games at the St. Charles Family Arena, which also opened in October 1999. 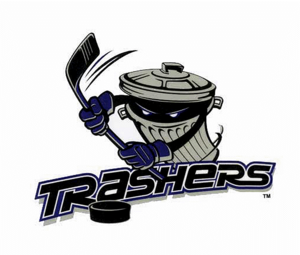 The Danbury Trashers are a defunct United Hockey League (UHL) ice hockey team that was located in Danbury, Connecticut. They were first established in 2004 as an expansion team named for their owner's business ventures. Michael Kardas purchased the franchising rights for $500,000 and named his 17-year-old illegitimate son, Michael McGrath, president and general manager. As part of the franchising agreement, Kardas invested an additional $1.5 million to upgrade the team's home arena, Danbury Ice Arena, from a 750-seat facility to a 3,000-seat venue. 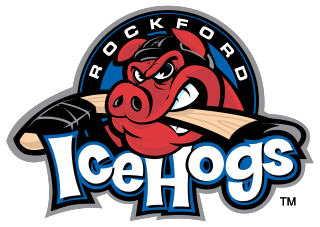 The Rockford IceHogs were a minor professional ice hockey team in Rockford, Illinois. They were a member of the United Hockey League from 1999 to 2007. The IceHogs played their home games at the MetroCentre. In 2007, the name and logo were purchased and applied to the current American Hockey League franchise. After the transfer of the name and logo to the AHL franchise was complete, the UHL IceHogs ceased operations. 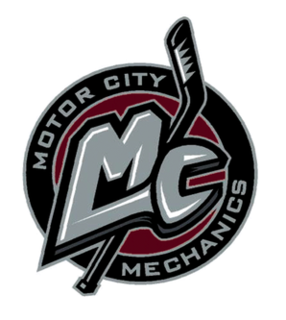 The Motor City Mechanics were a minor professional ice hockey team in the United Hockey League. The Mechanics played two seasons from 2004 to 2006 at Great Lakes Sports City Superior Arena in Fraser, Michigan.

Marlies may refer to the following:

Straub is a Germanic surname that literally means "one with bushy or bristly hair". Its original meaning in Middle High German is "rough" or "unkempt". It may also refer to people who come from Straubing in Germany. Spelling variations of Straub include Straube, Strauber, Straubinger, Strauble, Strob, Strobel, Strube, Strub, Strufe, Struwe, and Struwing.

Marcus is a masculine given name of Ancient Roman pre-Christian origin derived either from Etruscan Marce of unknown meaning or referring to the god Mars. Because Mars was identified as the Roman god of War, the name 'Marcus' can by extension be taken to refer to Ares in the Greek pantheon.

Nikolas is a given name and a surname. Notable people with the name include the following:

Michael Muller or Müller may refer to:

Sauter is a surname of German origin. The name refers to:

Lang is a surname of Germanic origin, closely related to Lange, Laing and Long, all of which mean "tall".

Decker is a surname of German origin. Notable people with the surname include:

Mayer is a common German surname and less frequent as a given name. Notable people with the name include:

Schubert is a German surname.