Uijeongbu High School (Korean: 의정부고등학교, Hanja: 議政府高等學校), also known as "'UIGO'", is a public boarding high school located in Ganeung-dong, Uijeongbu, South Korea. It is a prestigious high school in South Korea and requires the completion of an application and admissions test by applicant students. The school was established on January 5, 1974, and opened its doors on March 6, 1974. In 2004, Uijeongbu High School was designated an excellent school by the South Korean government.

A cram school, informally called crammer and colloquially also referred to as test-prep or exam factory, is a specialized school that trains its students to achieve particular goals, most commonly to pass the entrance examinations of high schools, or universities. The English name is derived from the slang term "cramming", meaning to study hard or to study a large amount of material in a short period of time. 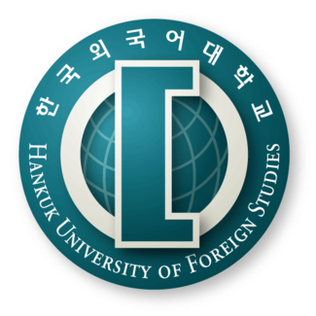 Uijeongbu is a city in Gyeonggi Province, South Korea.

Chugye University for the Arts is a South Korean institute of higher education in the fine arts. The campus is in Seodaemun-gu in central Seoul, the country's capital.

Sookmyung Women’s University is a private university in Yongsan-gu, Seoul, South Korea. Founded in 1906, Sookmyung is Korea’s first royal private educational institution for women. The university's name is derived from Hanja characters of sook and myung, which mean "elegant" and "bright" respectively. With its more than a century-long legacy and history, Sookmyung is renowned as one of the best women's universities nationwide. According to JoongAng Daily's 2018 university rankings, it has been ranked as the second-best women's university in Korea and is ranked nr. 20 on South Korea's list of best universities. 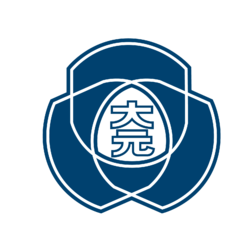 Underwood International College, Yonsei University was founded in 2006 as a constituent college of Yonsei University. Based in Seoul and Incheon, South Korea, it is the first and only liberal arts college in the country that has all classes conducted in English.

The Second High School Attached to Beijing Normal University is a secondary school in the north Beijing neighbourhood of Xicheng. As a school "attached" to a major university, it is considered a prestigious institution, and the entry requirements for the programmes are quite rigorous. In a 2016 ranking of Chinese high schools that send students to study in American universities, it ranked number 16 in mainland China in terms of the number of students entering top American universities.

Hyundai Chungun High School, is a private boarding high school located in Dong-gu, Ulsan, South Korea. It is one of six independent private high schools in South Korea that require an application of nationwide scale and admissions test to the applicant students.

Mary F. Scranton was a Methodist Episcopal Church missionary. She was the first Woman's Foreign Missionary Society of the Methodist Episcopal Church representative to Korea and the founder of the Ewha Girls School under Emperor Gojong. Today, the Ewha Girls School is the Ewha Womans University, one of the most prestigious women's schools in Asia. Scranton also founded the Tal Syeng Day School for Women in Seoul and the Training School for Bible Women.

The KDI School of Public Policy and Management is a government-run graduate school located in Sejong City, South Korea and is affiliated to the Korea Development Institute (KDI) and a member of the National Research Council for Economics, Humanities, and Social Sciences. The school was first established in 1997 in Dongdaemun District, Seoul, before moving to Sejong City in 2015 under the South Korean government's actions to establish the city as the de facto administrative capital of the country. The school specializes in fostering international experts in the field of development economics and public policy.

Korea International School, Jeju Campus (KISJ) is South Korea's first international boarding school. The school is a sister campus to Korea International School and an affiliate of YBM, a pioneering publishing and English-language education services company. Founded in 2010 and first opened in 2011 as part of the Jeju Global Education City, the school's first senior class of 52 students matriculated in May 2016. KISJ is a proprietary, nonsectarian school offering an internationalized American college preparatory curriculum from Junior Kindergarten through Grade 12, with a boarding program starting in Grade 6. The high school has been approved to implement AP Capstone™ in 2017–18.

Korea Maritime & Ocean University is South Korea's most prestigious national university for maritime study, transportation science and engineering. It is located in Yeongdo-gu in Busan. The university is also known for having its whole campus located inside an island.