Ukiah is a small town in Umatilla County, Oregon, United States. The population was 186 at the 2010 census. It is part of the Hermiston-Pendleton Micropolitan Statistical Area. It was named by an early settler after the town of Ukiah, California.

Ukiah school has a long history of receiving exchange students from countries all over the world, including the Netherlands, Germany and China. [7]

China, officially the People's Republic of China, is a country in East Asia and the world's most populous country, with a population of around 1.404 billion in 2017. Covering approximately 9,600,000 square kilometers (3,700,000 sq mi), it is the third or fourth largest country by total area. Governed by the Communist Party of China, the state exercises jurisdiction over 22 provinces, five autonomous regions, four direct-controlled municipalities, and the special administrative regions of Hong Kong and Macau. 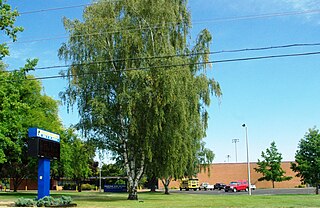 Vernonia High School is a public high school located in Vernonia, Oregon, United States. In the wake of severe flooding in 2007, Vernonia City voters approved a $13 million bond in 2009 to build a new school complex in Vernonia. The new school, now a K-12 school, was completed during the summer of 2012 at a cost $40 million. The new building was built above the flood plain to prevent future flooding.

Glide High School (GHS) is a public high school in Glide, Oregon, United States. As a result of careful planning and dedication to excellence, GHS facilities, programs and student services have become known as some of the best in the United States. 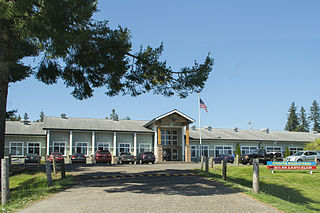 Knappa High School is a public high school near Knappa, Oregon, United States. The school is located on Highway 30, 12 miles east of Astoria and 90 miles from Portland, between Svensen and Knappa. The Knappa School District serves the unincorporated communities of Knappa, Svensen, Burnside and Brownsmead. 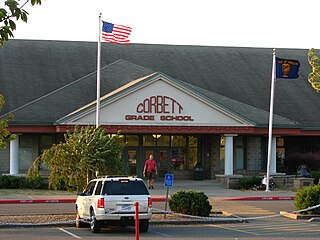 Oregon City Service Learning Academy is a public high school focused on service learning in Oregon City, Oregon, United States. Until the end of the 2011-2012 school year, the school was located on the campus of the Oregon City High School. It is currently located at the King Campus.

Three Lakes High School is a public high school in Albany, Oregon, United States. It is located at the Oak Creek Youth Correctional Facility. It is primarily a female-only institution but also serves transgender students. 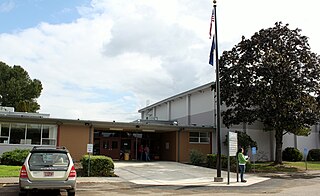 Early College High School is a high school in Salem, Oregon, United States that allows high school students to pursue college education early, similar to dual enrollment programs. When the students begin their junior year they enter cohort 2, which means that they are starting half college classes and half high school classes. By the time the student is in their senior year they are expected to be in cohort 3. Early College High School is located on the campus of Chemeketa Community College. 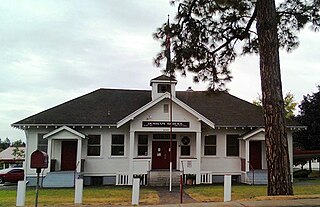