They are two of the only five archiepiscopal exarchates which exist in the world, all part of the particular Ukrainian Greek Catholic Church and following the Byzantine Ukrainian Rite.

As Major Archbishops have similar authority to that of Patriarchs, Archiepiscopal Exarchates similarly have roughly the same status in canon law as Patriarchal Exarchates.

Lubomyr Husar MSU was the major archbishop of the Ukrainian Catholic Church, a minority church in Ukraine but the largest sui juris Eastern church in full communion with the Holy See. He was also a Cardinal of the Catholic Church. After the transfer of the see of Lviv to Kyiv in 2005, he was the Ukrainian Catholic Major Archbishop of Kyiv-Galicia. In February 2011 he became Major Archeparch Emeritus after he resigned due to ill health.

The Ukrainian Catholic Eparchy of Saint Vladimir the Great of Paris is an eparchy (diocesis) for Ukrainian Greek Catholics, who practice their particular Church's Ukrainian language Byzantine Rite in France, Belgium, Luxemburg, the Netherlands and Switzerland.

The Roman Catholic Archdiocese of Lviv is a Metropolitan archdiocese of the Latin Church of the Catholic Church in western Ukraine.

The Major Archeparchy of Kyiv–Galicia, or Kyiv–Halych, is the only major archeparchy of the Ukrainian Greek Catholic Church. The cathedral church, the Patriarchal Cathedral of the Resurrection of Christ, was finished in 2013 in Kyiv (Kiev).

The Eparchy of Sambir – Drohobych is an eparchy of the Ukrainian Greek Catholic Church, in the ecclesiastical province of Kyiv-Halych. 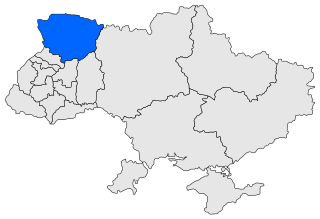 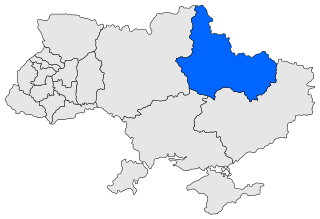 The Ukrainian Catholic Eparchy of Lutsk–Ostroh was thrice an eparchy of the Ukrainian Greek Catholic Church in part of the Polish-Lithuanian Commonwealth and later an Eastern Catholic titular see (1921-73) but was abolished even as such. It was converted by joining the Union of Brest along with eparchies of Kiev, Polotsk, Pinsk, Kholm and Volodymyr.