Uladislau Herculano de Freitas Guimarães (November 25, 1865 in Arroio Grande – May 14, 1926 in Rio de Janeiro) was a Brazilian politician and an advocate. [1]

In 1925, he was nominated ministry of the Supreme Federal Tribunal. [1] 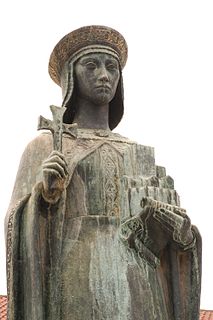 Mumadona Dias, or Muniadomna Díaz, was a Countess of Portugal, who ruled the county jointly with her husband from about c. 920 and then on her own after her husband's death around 950 until her death in 968. Celebrated, rich and the most powerful woman in the Northwest of the Iberian peninsula, she has been commemorated by several Portuguese cities.

Arroio Grande is a Brazilian municipality in the southern part of the state of Rio Grande do Sul. The population is 18,238 in an area of 2513.60 km². Its second industry is agriculture which was primary until the 1970s, it currently has more urban population (80%) than rural (20%). Much of the area is made up of plains. 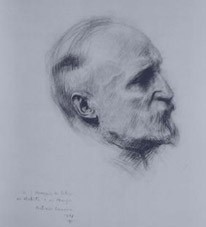 José Marques da Silva was a Portuguese architect and educator.

Guimarães is a city and municipality located in northern Portugal, in the district of Braga. Its historic town centre is listed as UNESCO World Heritage Site since 2001, in recognition for being an "exceptionally well-preserved and authentic example of the evolution of a medieval settlement into a modern town" in Europe. 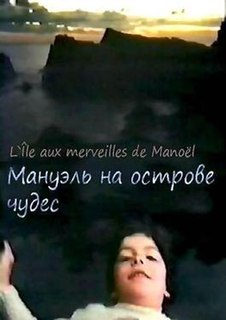 Manoel's Destinies is a 1984 French-Portuguese children's fantasy film directed by Chilean filmmaker Raúl Ruiz. It was edited down from the three-part TV miniseries Manuel on the Island of Wonders .

Mendo Nunes (Spanish: Menendo Núñez; was a Count of Portugal from the family of Vímara Peres as the son of Nuno Alvites and Ilduara Mendes.

Alvito Nunes or Aloyto Núñez was an 11th-century Count of Portugal. Following the death of Menendo González in 1008, he governed the county jointly with Toda, count Menendo's widow.

Hermenegildo González or Mendo I Gonçalves was a Galician count in the 10th century Kingdom of León, tenente in Deza, and the ancestor of one of the most relevant Galaico-Portuguese lineages of the Early Middle Ages. He appears in medieval charters confirming as Ermegildus Gundisaluis.

Lucídio Vimaranes was the second count of Portugal within the Kingdom of Asturias, which was divided internally into several provinces called "counties". Portus Cale was one of these counties which was incorporated in the Kingdom as a new land conquered from the moors. Although Lucídio's parentage is not confirmed in any source, all historians agree that based on his uncommon patronymic, he was most probably the son of Vímara Peres. Upon the death of his father, King Alfonso III of Asturias entrusted him with the government of the county jointly with Count Hermenegildo Gutiérrez who was succeeded by his son Gutier Menéndez. In the 11th-century, his great-grandson Count Alvito Nunes, initiated a second period in which the family governed the County of Portugal after succeeding Count Menendo González, son of Count Gonzalo Menéndez.

De Freitas or DeFreitas may refer to: 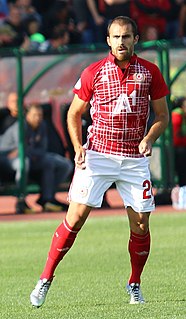 Tiago Filipe Sousa Nóbrega Rodrigues is a Portuguese professional footballer who plays for Saudi club Al-Hazem F.C. as a midfielder.

Rúben Alexandre Gomes Oliveira is a Portuguese professional footballer who plays as a midfielder for C.D. Santa Clara.

Cordel Encantado is a Brazilian telenovela produced and broadcast by Rede Globo from 11 April to 23 September 2011. It has been re-aired in Globo's Vale a Pena Ver de Novo since 14 January 2019.

The Castle of Mau Vizinho is a medieval castle situated in the civil parish of Cimo de Vila da Castanheira, in the municipality of Chaves, district of Vila Real. Also referred to as the Castle of Moors, it is literally translated as the Castle of the Bad Neighbour

Carlos Manuel Ribeiro Freitas is a Portuguese footballer who plays for AD Fafe as a defender.

Herculano Bucancil Nabian is a Portuguese professional footballer who plays as a forward for Vitória Guimarães.