Uladzimir (Belarusian : Уладзімір) is a given name. It is the Belarusian equivalent of Vladimir (Russian : Владимир), Volodymyr (Ukrainian : Володимир), and Włodzimierz (Polish). The name may refer to: 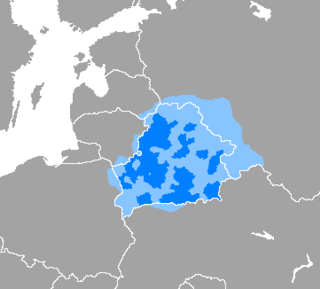 Belarusian is an official language of Belarus, along with Russian, and is also spoken in Russia, Poland and Ukraine. Before Belarus gained independence from the Soviet Union in 1991, the language was only known in English as Byelorussian or Belorussian, transliterating the Russian name, белорусский язык Belorusskiy yazyk, or alternatively as White Ruthenian or White Russian. Following independence, it has acquired the additional name Belarusian. 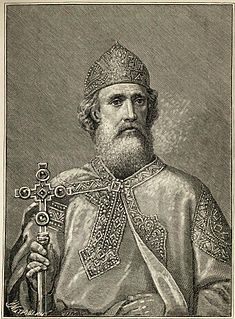 Vladimir is a male Slavic given name of Old Slavic origin, now widespread throughout all Slavic nations.

Uladzimir Kazlou is a Belarusian javelin thrower. His personal best throw is 82.86.

Uladzimir Ivanavich Zhuravel was a Belarusian professional football player and coach. In 2018 he was a head coach in Shakhter Karagandy. He made his professional debut in the Soviet Top League in 1990 for FC Dinamo Minsk.

Vladimir Nikolayevich Voltchkov is a Belarusian tennis player. Voltchkov reached the semi-finals at the 2000 Wimbledon Championships, where, as a qualifier, he lost to Pete Sampras in straight sets. He represented Belarus in both the Davis Cup and the Olympic games in 2000, also won the Wimbledon juniors competition in 1996. His career high singles ranking was World No. 25.

Uladzimir Mihailavich Karytska is a Belarusian football coach and a former player. He is the manager of the Under-21 squad of FC Dynamo Moscow.

Uladzimir Hayew, also known as Vladimir Gaev, is a retired association football goalkeeper from Belarus, who most recently played for Slavia Mozyr.

Uladzimir Shcherba is a Belarusian footballer. He currently plays for Torpedo-BelAZ Zhodino.

Vladimir Samsonov or Uładzimir Samsonaŭ is a Belarusian professional table tennis player, ranked 18th as of December 2017. He is known in China as the "Tai Chi Master" because of his superb all-around style, both offensive and defensive. Samsonov competed at six consecutive Olympics between 1996 and 2016, placing fourth-fifth individually in 1996, 2000 and 2016. 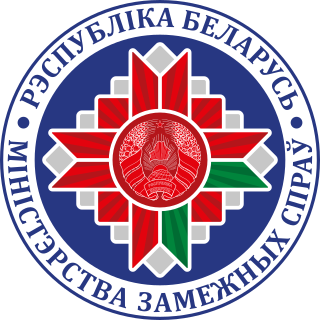 Uladzimir Khvashchynski is a Belarusian professional footballer. As of 2019, he plays for Shakhtyor Soligorsk.

Uladzimir Bushma is a Belarusian professional footballer. As of 2018, he plays for Torpedo-BelAZ Zhodino.

Uladzimir Shakaw is a Belarusian professional footballer. As of April 2015, he plays for Slonim. 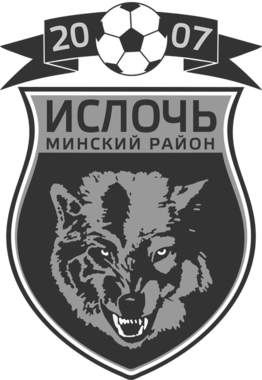 FC Isloch Minsk Raion is a Belarusian football club based in Minsk, although they officially represent Minsk Raion and named after Islach River.

Vladimir Makei is a Belarusian politician who has served as the Minister of Foreign Affairs of Belarus since 2012.

Uladzimir Mikalayevich Vostrykaw is a Belarusian football coach and a former player.

Uladzimir Niavinski is a Belarusian professional football coach and a former player. Since 2018 he is a head coach at Torpedo Minsk.