Colonia Ulpia Traiana Augusta Dacica Sarmizegetusa was the capital and the largest city of Roman Dacia, later named Ulpia Traiana Sarmizegetusa after the former Dacian capital, located some 40 km away. Built on the ground of a camp of the Fifth Macedonian Legion, the city was settled by veterans of the Dacian wars. From the very beginning it received the title of colonia and the status of ius Italicum . With an area of 30 hectares (74 acres; 0.12 sq mi), a population between 20,000 and 25,000,[ citation needed ] and strong fortifications, Ulpia Traiana was the political, administrative and religious centre of Roman Dacia in the 2nd and 3rd centuries.

The city was destroyed by the Goths. Today Ulpia Traiana remains in ruins, with a partly preserved forum, an amphitheatre, and remnants of several temples.

The exact period when the city was built is not known. Some say the first settlement was erected between 106-107, others say it was between 108-110. However, due to an inscription discovered at the beginning of the 14th century in the village of Grădişte, it is known that the new town was settled in the first years after the conquest of Dacia. The inscription reads: "On the command of the emperor Caesar Nerva Traianus Augustus, son of the divine Nerva, was settled the Dacian Colony by Decimus Terentius Scaurianus, its governor."

In Rome, the settlement of the colony was marked by the minting of a coin, by order of the Senate, dedicated to emperor Trajan.

During the reign of Hadrian the city was renamed Colonia Ulpia Traiana Augusta Dacica Sarmizegetusa. Between 222 and 235 the colony was called a metropolis. The name was found on a stone inscription that reads "To Gaius Arrius Quadratus, son of Gaius, acting praetor of the emperor in Colonia Ulpia Traiana Augusta Dacica Sarmizegetusa." [4] Gaius Arrius Antoninus bore the title legatus pro praetore , which was the official title of the governor of some imperial provinces of the Roman Empire.

The settlement was built at a distance of 8 km from Tapae, a pass between Banat and Transylvania (today known as the Iron Gates of Transylvania). The choice was based on the military and economic advantages given by the natural barrier represented by the Retezat Mountains in the south and Poiana Ruscă Mountains in the north. The territory of the metropolis extended from Tibiscum to Micia and to the Jiu canyon, the city being protected by several castra : Tibiscum, Pons Augusti, Micia and castra of Bumbești.

The city was crossed by the imperial road from the Danube that linked the north of the province with Porolissum (Moigrad). 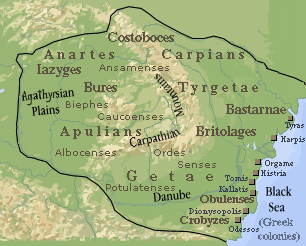 Dacia was the land inhabited by the Dacians. The Greeks referred to them as the Getae and the Romans called them Daci. 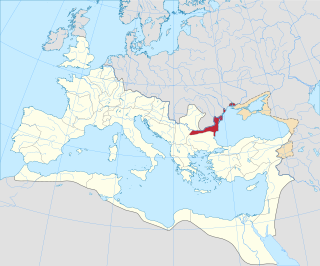 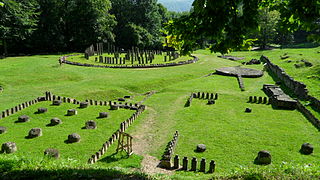 Sarmizegetusa Regia, also Sarmisegetusa, Sarmisegethusa, Sarmisegethuza, Ζαρμιζεγεθούσα (Zarmizegethoúsa) or Ζερμιζεγεθούση (Zermizegethoúsē), was the capital and the most important military, religious and political centre of the Dacians before the wars with the Roman Empire. Erected on top of a 1200 m high mountain, the fortress, comprising six citadels, was the core of a strategic defensive system in the Orăştie Mountains. 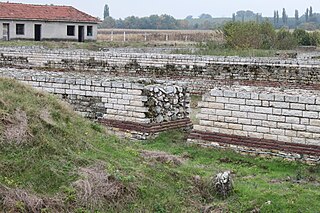 Oescus, Palatiolon or Palatiolum was an important ancient city on the Danube river in Roman Moesia. It later became known as Ulpia Oescus. It lay northwest of the modern Bulgarian city of Pleven, near the village of Gigen. 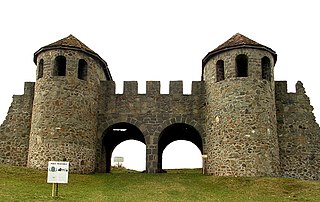 The Second Battle of Tapae (101) was the decisive battle of the first Dacian War, in which Roman Emperor Trajan defeated the Dacian King Decebalus's army. Other setbacks in the campaign delayed its completion until 102. The battle is most likely the battle-scene depicted on Plate 22 of Trajan's column. 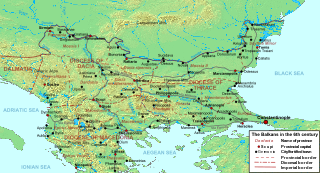 Ratiaria was a city founded by the Moesians, a Daco-Thracian tribe, in the 4th century BC, along the river Danube. In Roman times it was named Colonia Ulpia Traiana Ratiaria. 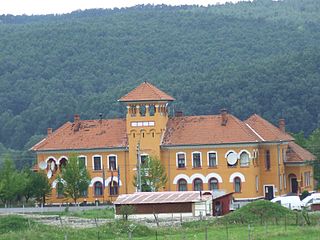 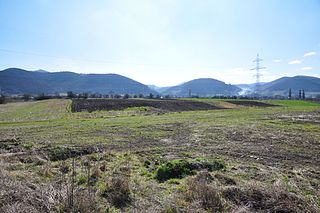 Micia was a large Roman fort for auxiliary troops and an important part of the western Dacian limes. The archaeological site is located in the municipality of Vețel (Witzel), Hunedoara County in Transylvania, Romania. This Roman garrison monitored and secured the road and the river route to Partiscum, today Szeged, Hungary. In addition, there was a strategically important river port. In the civil settlement, there were large baths and a small amphitheater. The large number of ancient inscriptions are significant.

Potaissa was a castra in the Roman province of Dacia, located in today's Turda, Romania. 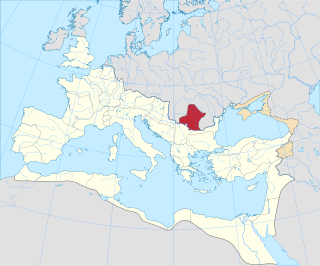 Roman Dacia was a province of the Roman Empire from 106 to 271–275 AD. Its territory consisted of what are now the regions of Oltenia, Transylvania and Banat. During Roman rule, it was organized as an imperial province on the borders of the empire. It is estimated that the population of Roman Dacia ranged from 650,000 to 1,200,000. It was conquered by Trajan (98–117) after two campaigns that devastated the Dacian Kingdom of Decebalus. However, the Romans did not occupy its entirety; Crișana, Maramureș, and most of Moldavia remained under the Free Dacians.

This section of the timeline of Romanian history concerns events from Late Neolithic till Late Antiquity, which took place in or are directly related with the territory of modern Romania.

Decimus Terentius Scaurianus was a Roman senator and general active in the late 1st and early 2nd centuries AD. He was suffect consul in either the year 102 or 104. He worked his way up through increasingly responsible positions. He commanded a legion from 96 to 98 and again during the Second Dacian War. After the war he was military governor of the newly conquered province from 106 to 111. He is known to have been decorated for his military service.