Gronings, in the dialect itself called Grunnegs or Grönnegs, is a collective name for some Friso-Saxon dialects spoken in the province of Groningen and around the Groningen border in Drenthe and Friesland. Gronings and the strongly related varieties in East Frisia have a strong East Frisian influence and take a remarkable position within West Low German. The dialect is characterized by a typical accent and vocabulary, which differ strongly from the other Low Saxon dialects. 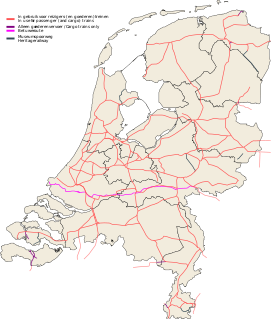 Ulsda was a railway stop in the village of Ulsda in the Netherlands. It was situated on the Harlingen–Nieuweschans railway between Winschoten and Nieuweschans. Trains called at Ulsda from 1887 until the railway stop was closed in 1938. Services were provided by Staatsspoorwegen (1887–1937) and Nederlandse Spoorwegen (1938). The stop had first a shelter (1890–1930) and later a building (1930–1950). 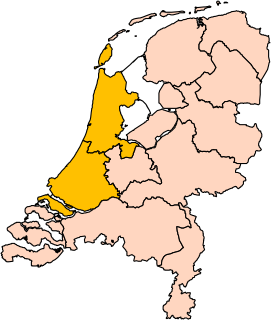 Utrecht is the fourth-largest city and a municipality of the Netherlands, capital and most populous city of the province of Utrecht. It is located in the eastern corner of the Randstad conurbation, and in the very centre of mainland Netherlands, and had a population of 345,080 in 2017. 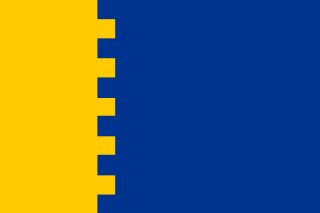 Reiderland is a former municipality in the province Groningen in the northeastern Netherlands, which was founded in 1990 during a large municipal reorganisation. The former municipalities Finsterwolde and Bad Nieuweschans were abolished and added to Beerta. In 1992, the new municipality was given its current name. In 2010 it joined in the municipality Oldambt.

The Belgian national football team has officially represented Belgium in association football since their maiden match in 1904. The squad is under the global jurisdiction of FIFA and is governed in Europe by UEFA—both of which were co-founded by the Belgian team's supervising body, the Royal Belgian Football Association (RBFA). Periods of regular Belgian representation at the highest international level, from 1920 to 1938, from 1982 to 2002 and again from 2014 onwards, have alternated with mostly unsuccessful qualification rounds. Most of Belgium's home matches are played at the King Baudouin Stadium in Brussels.

Beerta is a village and former municipality with a population of 2,365 in the municipality of Oldambt in the province of Groningen in the Netherlands.

Bellingwolde is a village with a population of 2,655 people in the municipality Westerwolde in the Netherlands. It is situated in the southeast of the region Oldambt, in the north of the region Westerwolde, and in the east of the province Groningen, at the border with Germany.

The Netherlands national football team has officially represented the Netherlands in international football since its initial match in 1905. The national team is controlled by the Royal Netherlands Football Association (KNVB) which is a part of UEFA and the global jurisdiction of FIFA. the governing body for football in the Netherlands. Most of the Netherland's home matches is between the Johan Cruyff Arena and the Stadion Feijenoord. The team is colloquially referred to as Het Nederlands Elftal and Oranje, after the House of Orange-Nassau. Like the country itself, the team is sometimes referred to as Holland. The fan club is known as the "Het Legioen" 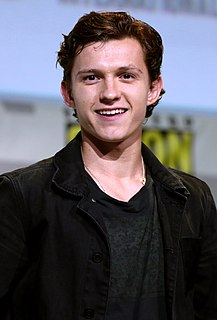 Thomas Stanley Holland is an English actor and dancer. A graduate of the BRIT School in London, he is known for playing Spider-Man in the Marvel Cinematic Universe (MCU), so far appearing or starring in five films: Captain America: Civil War (2016), Spider-Man: Homecoming (2017), Avengers: Infinity War (2018), the upcoming Avengers: Endgame and Spider-Man: Far From Home.

Winschoten is an unstaffed railway station in Winschoten in the Netherlands. It is located on the Harlingen–Nieuweschans railway between Scheemda and Bad Nieuweschans in the province of Groningen.

Klein-Ulsda is a hamlet near Oudeschans in the municipality of Westerwolde in the Netherlands. It has a population of around 45 and a total area of 25 ha.