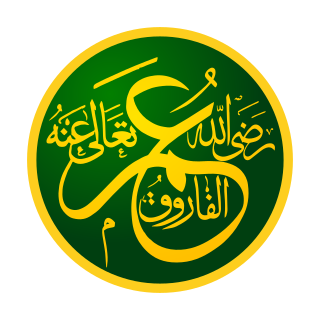 Umar, also spelled Omar, was one of the most powerful and influential Muslim caliphs in history. He was a senior companion of the Islamic prophet Muhammad. He succeeded Abu Bakr (632–634) as the second caliph of the Rashidun Caliphate on 23 August 634. He was an expert Muslim jurist known for his pious and just nature, which earned him the epithet Al-Farooq. He is sometimes referred to as Umar I by historians of Islam, since a later Umayyad caliph, Umar II, also bore that name. 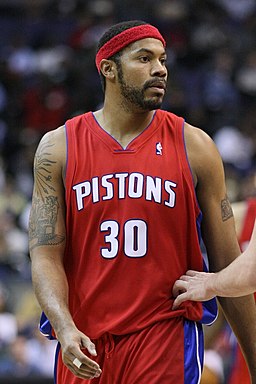 Rasheed Abdul Wallace is an American former professional basketball player who played 16 seasons in the National Basketball Association (NBA). A native of Philadelphia, Wallace played college basketball at the University of North Carolina before moving on to the NBA in 1995.

Ambassador Idris Waziri headed the Nigerian Federal Ministry of Commerce, until the June 2006 cabinet reshuffle, when he was replaced by Aliyu Modibbo Umar. 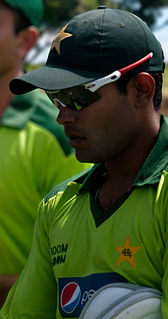 Umar Akmal is a Pakistani cricketer. He made his One Day International debut on 1 August 2009 against Sri Lanka and made his Test debut against New Zealand on 23 November 2009. He is a right-handed batsman and a part-time spinner. Like his two brothers, Adnan and Kamran, Umar has kept wicket for the national team in many ODIs.

Rasheed Naz is a Pakistani film and television actor. He was born in Peshawar, NWFP.

Khuda Ki Basti is a serial produced by Pakistan Television first in 1969 and then again in 1974 based on the novel Khuda Ki Basti by Shaukat Siddiqui. 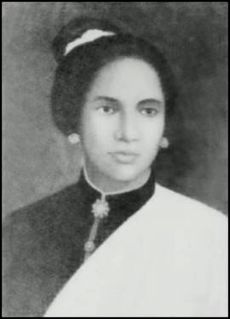 Abdul Rashid or Abdul Rasheed may refer to:

Shaikh, also rendered as Sheikh, Sheik, Shaik, Shaykh, Shaikh, Shekh, Cheikh, Šeih, Šejh, Şeyh and other variants, is a word or honorific term in the Arabic language that literally means "elder." It is commonly used to designate an elder of a tribe, a revered wise man, or an Islamic scholar. Although the title generally refers to a male, a very small number of female sheikhs have also existed in history.

Tahir Rasheed may refer to:

Ahmed Rasheed may refer to:

Mohtashim Rasheed is a Pakistani first-class cricketer who played 23 First-class and 18 List A games.

Ghughi is a 2018 Pakistani drama serial based on Amrita Pritam's novel Pinjar. This drama is directed by Iqbal Hussain, written by Amna Mufti and produced by Cereal Entertainment. It originally aired on TV One Pakistan.