Umrer College of Engineering (UCOE) is a four-year engineering college located near Nagpur, India. It is affiliated to Nagpur University and accredited by the All India Council for Technical Education.

The college was founded by the BCYR Committee headed by Shri Bhausaheb Mulak ex-Minister (government of Maharashtra), ex-Mayor (NMC, Nagpur) in 1999.

Nagpur is the third largest city and the winter capital of the Indian state of Maharashtra. It is the 13th largest city in India by population and according to an Oxford Economics report, Nagpur is projected to be the fifth fastest growing city in the world from 2019 to 2035 with an average growth of 8.41%. It has been proposed as one of the Smart Cities in Maharashtra and is one of the top ten cities in India in Smart City Project execution.

Jalgaon is a city in western India. The city is located in northern Maharashtra, and serves as the administrative headquarter of the Jalgaon district. Jalgaon is known as "Banana City" as the region contributes approximately two-thirds of Maharashtra's banana production. Jalgaon city is about 225 meters above sea level. The Girna River flows through the western part of the city. Jalgaon was divided in 1911, with East Khandesh covering the territory that is now Jalgaon. After the 1956 reorganisation of India's states, East Khandesh became part of Bombay State. 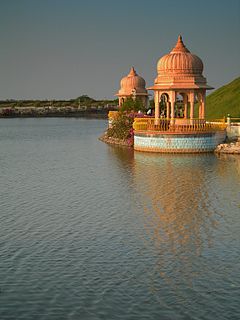 Shegaonpronunciation (help·info) is a town and municipal council in the Buldana district in the Indian state of Maharashtra. Shegaon has become a pilgrimage centre due to the influence of Shri Sant Gajanan Maharaj, who is considered a saint by Hindus.

Visvesvaraya National Institute of Technology (VNIT), formerly Visvesvaraya Regional College of Engineering, Nagpur (VRCE), is a public engineering and research institution in Nagpur, Maharashtra, in central India. It was established in June 1960 by the Government of India and later named in honor of engineer, planner and statesman Sir M. Visvesvaraya.

Ramtek is a city and municipal council in Nagpur district of the Maharashtra, India.

Vijay Pandurang Bhatkar is an Indian computer scientist, IT leader and educationalist. He is best known as the architect of India's national initiative in supercomputing where he led the development of Param supercomputers. He is a Padma Bhushan, Padma Shri and Maharashtra Bhushan awardee. Indian computer magazine Dataquest placed him among the pioneers of India's IT industry. He was the founder executive director of C-DAC and is currently working on developing Exascale supercomputing mission for India. 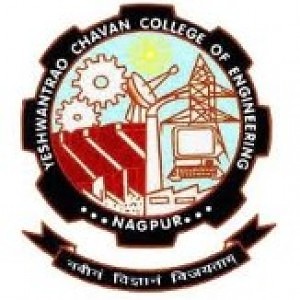 Yeshwantrao Chavan College of Engineering is an autonomous engineering college that falls under the University of Nagpur, Maharashtra. It is located in town of Hingna in the district of Nagpur. The college was established in 1984 and is named after Yashwantrao Chavan, former first Chief Minister of Maharashtra State and the former Deputy Prime Minister of India; since then, it has been under the administration of Nagar Yuwak Shikshan Sanstha, a subsidiary of Meghe Group. The current principal of the institute is Dr. U.P Waghe. It attained its autonomous status from the University Grants Commission (India) in 2010. The college offers engineering degrees at undergraduate, postgraduate and doctoral level.

St. Francis De'Sales High School and Junior College Nagpur is an educational institution in Nagpur, Maharashtra, India. Established in 1870, the school is managed by the Missionaries of St. Francis de Sales(MSFS). SFS School is governed by the Nagpur Archdiocese. It is in Sadar, Nagpur.

Khusro Faramurz Rustamji, better known as K F Rustamji, is the only police officer in India thus far to have been awarded the Padma Vibhushan, India's second highest civilian award. This award has been in recognition of his multifarious achievements, including the Public Interest Litigation (PIL).

Wainganga College of Engineering and Management, Dongargaon, Wardha Road, Nagpur was established in 2008.

Rashtrasant Tukadoji Maharaj Nagpur University (RTMNU), formerly Nagpur University, is a public state university located in Nagpur, Maharashtra. It is one of India's oldest universities, the second oldest in Maharashtra. It is named after Rashtrasant Tukdoji Maharaj, a renowned spiritual leader, orator and musician from Vidarbha. The university is a member of the Association of Indian Universities and the Association of Commonwealth Universities.

Government College of Engineering, Nagpur is a college that started in the academic year 2016–17. It is affiliated to the Rashtrasant Tukadoji Maharaj Nagpur University, Nagpur and its mentor institute is Visvesvaraya National Institute of Technology. Its campus is located at New Khapri, Nagpur.

G. H. Raisoni College of Engineering (GHRCE) is an autonomous engineering college within Rashtrasant Tukadoji Maharaj Nagpur University and is located in Nagpur. The college was established in 1996. The institute gained its autonomy from 2010 to 2015, and UGC renewed it until 2022. It was accredited with an "A" grade by the NAAC in 2012 and re-accredited in 2017 with an A+ grade. The college is run by Ankush Shikshan Sanstha.

Rashmi Urdhwardeshe born Rashmi Ranade is an Indian automotive engineer. She is the director of the Automotive Research Association of India. In March 2020 she received the Nari Shakti Puraskar