Un Lun Dun is a young adult fantasy novel by China Miéville, released in 2007. The title is derived from 'UnLondon,' the name of the alternate realm where the book is set. It also contains illustrations by Miéville. It was first released in January 2007. The novel also won the 2008 Locus Award for Best Young Adult Book. [1]

The book begins with two twelve-year-old girls, Zanna and Deeba, who have begun to notice several strange things happening around them, all of them centering on Zanna.

After she and her friends are attacked by a dark cloud, Zanna spends the next two nights at Deeba's house. Deeba is awoken in the middle of the night by spies moving a broken umbrella. The girls follow it into the basement of a building, where they are drawn through a gap between the worlds of London and Un Lun Dun (or UnLondon).

UnLondon is a nonsensical mirror version of London, inhabited by various creatures and animated items that have been discarded by the inhabitants on London. A boy named Hemi saves them from a roving pile of trash but is later shooed away by the tailor Obaday Fing who reveals that the boy is a ghost who was trying to get close enough to them to possess one of them. In conversation he realises that Zanna is the "Shwazzy," a prophesied chosen one who is destined to save UnLondon from the Smog – an evil, sentient cloud of pollution.

With the help of Fing, Skool (a friend of Fing's in an old-fashioned diving suit), Conductor Jones, Rosa the bus driver, and the Slaterunners (a tribe of people who walk only on roofs), Zanna and Deeba make their way to the Propheseers where they learn more about the Smog. Apparently, after the Smog was created in London, a group of weatherwitches called the "Armets" battled it with a magic weapon called the "Klinneract." However, the Smog was not killed. Instead, it travelled to UnLondon. It is prophesied in The Book (a talking tome) that the Shwazzy would come one day and save UnLondon.

But, in spite of what is prophesied, Zanna fails in her first battle against the Smog. Brokkenbroll, master of broken umbrellas (or unbrellas) arrives in time to shoo the Smog away using a new technique he and Benjamin Unstible (a Propheseer who was presumed dead) came up with. Zanna is severely injured and is sent home with Deeba with her memories of the city erased. Instead, the city turns to Brokkenbroll and Unstible who begin handing out Smog-resistant unbrellas to defend the people of UnLondon.

However, Deeba, who still remembers UnLondon, begins to search for things related to it on the internet, hoping she can find someone to talk to. She discovers that Armets is really RMetS. This leads her to question everything she's learned. Upon further investigation she discovers that Unstible has been reported dead but that he had been studying the Clean Air Act. Just as UnLondoners misheard "RMetS" as "Armets," they misheard "Clean Air Act" as "Klinneract."

She decides to travel back to UnLondon. After several tries, she finally finds a way back. She goes to Wraithtown, the town of ghosts. With the help of Hemi she verifies Unstible's death and sets out to warn the Propheseers. Unfortunately, on the way, Deeba and Hemi are taken to Brokkenbroll, who is revealed to be working with the Smog, which has re-animated Benjamin Unstible's body.

They escape to warn the Propheseers, who refuse to listen to her. They run from them as well, escaping with The Book. The Book, although it has proved to be less-than-accurate, agrees to help them fulfil the Shwazzy's tasks and defeat the Smog in the limited time Deeba has before everyone in London forgets that she exists (this happens to everything that comes to UnLondon). Deeba and Hemi are aided in their quest by Obaday, Rosa, Jones; the utterlings Diss, Bling and Cauldron; and Yorick Cavea and Curdle the milk carton. They collect the UnGun, an ultimate weapon which can be loaded with anything. Deeba, under the banner of 'the Unchosen One', uses it to defeat the Smog and save UnLondon.

Connection to other works

Though Un Lun Dun is not directly related to the Bas-Lag universe or to any of Miéville's other works, it does contain various subtle references to his other books:

There are also some connections to other books, such as a library book entitled: A London Guide for the Blazing Worlders .

Charlie Fletcher's 2006 novel Stoneheart is also about children who travel to an alternate city named "unLondon".

Mieville's acknowledgements section mentions that the book is influenced by Lewis Carroll (author of Alice in Wonderland ), and particularly Neil Gaiman for Neverwhere .

The Scar is a weird fantasy novel by British writer China Miéville, the second set in his Bas-Lag universe. The Scar won the 2003 British Fantasy Award and was shortlisted for the 2003 Arthur C. Clarke Award. The Scar was additionally nominated for the Philip K. Dick Award in 2002 and the Hugo Award for Best Novel in 2003. 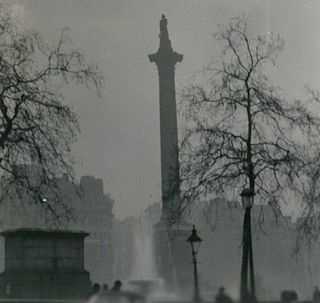 The Great Smog of London, or Great Smog of 1952, was a severe air pollution event that affected London, England, in December 1952. A period of unusually cold weather, combined with an anticyclone and windless conditions, collected airborne pollutants—mostly arising from the use of coal—to form a thick layer of smog over the city. It lasted from Friday 5 December to Tuesday 9 December 1952, then dispersed quickly when the weather changed.

The vanishing hitchhiker is an urban legend in which people travelling by vehicle, meet with or are accompanied by a hitchhiker who subsequently vanishes without explanation, often from a moving vehicle. 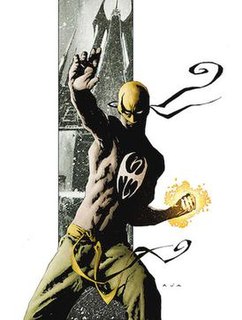 Iron Fist is a fictional character appearing in American comic books published by Marvel Comics. Created by Roy Thomas and Gil Kane, Iron Fist first appeared in Marvel Premiere #15. The character is a practitioner of martial arts and the wielder of a mystical force known as the Iron Fist, which allows him to summon and focus his chi. This ability is obtained from the city of K'un-Lun which opens every fifteen years. He starred in his own solo series in the 1970s, and shared the title Power Man and Iron Fist for several years with Luke Cage, partnering with Cage to form the superhero team Heroes for Hire. The character has starred in numerous solo titles since, including The Immortal Iron Fist, which expanded on his origin story and the history of the Iron Fist. 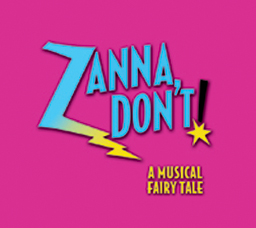 Zanna, Don't! is a 2003 musical written by Tim Acito with additional lyrics and material by Alexander Dinelaris. The story is set in a parallel universe where homosexuality is the norm and heterosexuality is a taboo: Zanna is the local matchmaker at Heartsville High, bringing happy couples together in mid-west America, but heterophobia strikes when a pair of opposite-sex highschoolers discover their feelings for each other. The show has been produced Off-Broadway, Off West End, and in regional theatres. 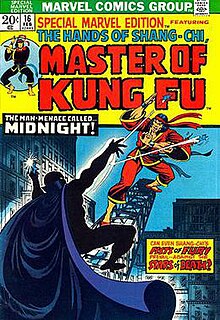 Master of Kung Fu was a comic book title published by Marvel Comics from 1974 to 1983.

The Eye 10 is a 2005 horror film directed by the Pang brothers. An international co-production of Hong Kong and Thailand, the film is the third entry in a trilogy, following the films The Eye and The Eye 2. It stars Bolin Chen, Kate Yeung, Isabella Leong, Bongkoj Khongmalai, Ray MacDonald and Kris Gu.

Faery in Shadow is a fantasy novel by American writer C. J. Cherryh. It was first published in the United Kingdom by Legend Books in August 1993 in trade paperback, and the first United States edition was published by Ballantine Books under its Del Rey Books imprint in November 1993 in hardcover. It was nominated for the Locus Award for Best Fantasy Novel in 1994.

Icefire is a 2003 children's fantasy novel by English author Chris d'Lacey. It is the sequel to his 2001 novel The Fire Within. It is followed by Fire Star, The Fire Eternal, Dark Fire, Fire World and The Fire Ascending. 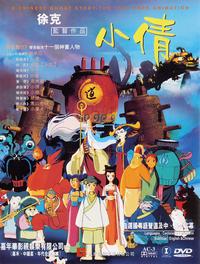 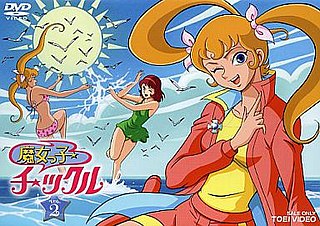 The Fire Eternal is a 2007 novel by English author, Chris d'Lacey. It is the fourth book in his series The Last Dragon Chronicles. After writing The Fire Eternal, d'Lacey has written Dark Fire, Fire World, and The Fire Ascending.

Time Before Time was the most successful TVB series released in Hong Kong in 1997, the year that Hong Kong was transferred back to China. The series stars Gordon Lam and Kathy Chow with the storyline dealing greatly with the themes of fate, love and traditional Chinese supernatural beliefs.

The Last Dragon Chronicles is a series of seven children's fantasy novels written by Chris d'Lacey. The books follow a college student, David Rain, as he discovers the existence of living clay dragons in the house he lodges at. This series currently includes the novels:

Friendship was a three-decker merchantman, launched in 1793. She made three voyages for the British East India Company (EIC). During her first voyage, in 1796, a French privateer captured her, but the Royal Navy recaptured her. On the second, in 1799, she transported convicts from Ireland to Australia. She made a second voyage transporting convicts in 1817-18. On her way back she was broken up in 1819 at Mauritius after having been found unseaworthy.

Deadful Melody is a 1994 Hong Kong fantasy wuxia film directed and produced by Ng Min Kan, starring Brigitte Lin, Yuen Biao, and Carina Lau. It is based on the wuxia novel of the same name by Ni Kuang. The film premiered in Hong Kong on 18 January 1994.

Brotherhood of Blades II: The Infernal Battlefield is a 2017 Chinese wuxia film directed by Lu Yang. It is a prequel to the 2014 film Brotherhood of Blades. Set in the Ming dynasty (1368-1644), the story follows Shen Lian, captain of the embroidered uniform guard the imperial secret police of the court, as he searches for the truth behind a conspiracy that framed him, his colleague Pei Lun and a young woman named Bei Zhai. Starring Chang Chen, Yang Mi and Zhang Yi, the film was released in China on July 19, 2017.