María de los Ángeles "Angelines" Fernández Abad was a Spanish-born Mexican actress of film and television. She is best remembered for playing Doña Clotilde "La Bruja del 71" in the sitcom El Chavo del Ocho. She was an anti-Franco refugee who remained in Mexico from 1947 until the end of her life.

The Golden Age of Mexican cinema is a period in the history of the Cinema of Mexico between 1930 and 1969 when the Mexican film industry reached high levels of production, quality and economic success of its films, besides having gained recognition internationally. The Mexican film industry became the center of commercial films in Latin America. 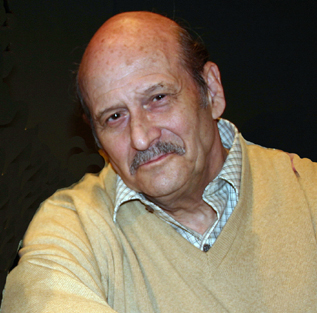 Scandal in the Family is a 1967 Argentine comedy film directed by Julio Porter. It was entered into the 5th Moscow International Film Festival. 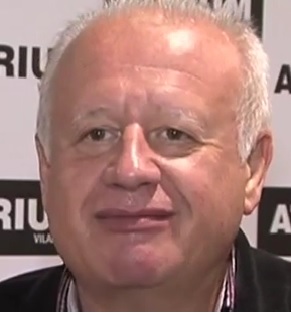 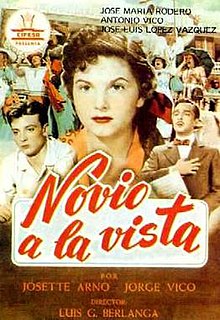 Novio a la vista, or Boyfriend in Sight, is a 1954 Spanish comedy film directed by Luis García Berlanga. It is based on an idea by Spanish filmmaker Edgar Neville, and produced by Benito Perojo. In 1918 a young Spanish woman is taken to a coastal resort by her parents to find her a suitable husband.

Amar en tiempos revueltos is a Spanish soap opera set in the times of the Spanish civil war and Francoist Spain. The serial was aired from 2005 to 2012 on La 1 of Televisión Española. Following disagrements of producing company Diagonal TV with RTVE, the fiction was relaunched in January 2013 on Antena 3 as Amar es para siempre. The broadcasting run from 27 September 2005 to 16 November 2012 comprised 1,707 episodes, 8 special episodes and 1 recap episode. The series has won prizes in Spain and a Silver Medal in the New York Festival.

La comadrita is a 1978 Mexican film directed by Fernando Cortés and starring María Elena Velasco, Fernando Soler, and Sara García. The film is about an indigenous woman who baptizes nearly all the animals on the day of the "blessing of animals" in the town. That is why she is nicknamed La comadrita, for being the godmother of the townspeople's animals.

Pili and Mili was a comic acting duo composed of twins Aurora and Pilar Bayona. They rose to fame in early 1960s, becoming one of the biggest stars of the "child prodigy" movie genre that enjoyed a boom at the time. Their movies were musical comedies based on the same formula of mistaken identities.

El amor lo manejo yo is a 2014 Chilean telenovela produced and broadcast by TVN. Based on the Argentine telenovela Dulce amor. 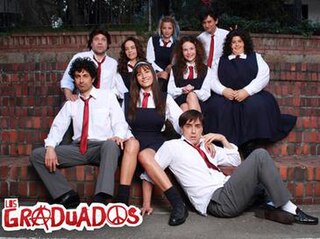 La otra mirada is a series produced by Boomerang TV for the Spanish channel La 1. Its stars are Macarena García, Patricia López Arnaiz, Ana Wagener y Cecilia Freire, among others. Although its premier was scheduled for the summer of 2018, Televisión Española decided to bring it forward on April 25 of the same year.