Federico Arturo Guízar Tolentino was a Mexican born American singer and actor. Born in Guadalajara, Jalisco, he performed under the name of Tito Guízar. Together with superstars Dolores del Río, Ramón Novarro and Lupe Vélez, as well as José Mojica, Guízar was among the few Mexican people who made history in the early years of Hollywood.

Carlos Francisco Borcosque Sánchez was a Chilean film director and screenwriter involved in the production of the Cinema of Argentina.

Graciela Borges is an Argentine television and film actress. 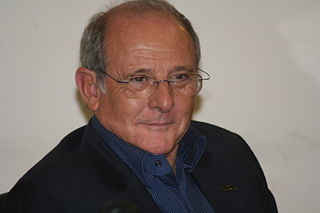 Emilio Gutiérrez Caba is a Spanish film and television actor. 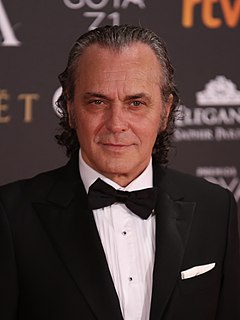 Antonio García-Riquelme Salvador, better known as Antonio Riquelme, was a Spanish film actor. He appeared in more than 140 films between 1911 and 1967. 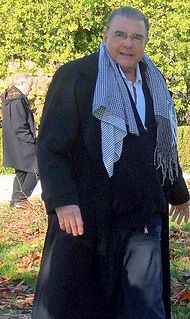 Paula Cristina Woyzechowsky Gutiérrez is a Venezuelan actress, who debuted on 1991 on La Pandilla de los 7. She has worked on television, theater and film. 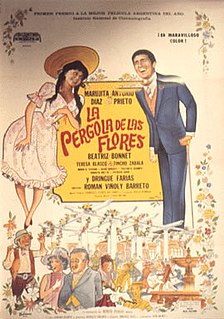 La pérgola de las flores is a 1965 internationally co-produced comedy film directed by Román Viñoly Barreto based on the Chilean musical of the same name. It was entered into the 4th Moscow International Film Festival.

Sister is the debut studio album by the Spanish rock band Dover. It was released on 15 August 1995 under the independent record company Everlasting-Caroline.

Rita Macedo was a Mexican actress who performed during the Golden Age of Mexican cinema. She was nominated for an Ariel Award for her 1956 performance in "Ensayo de un crimen" and in 1991 for a TVyNovelas Prize for "Alcanzar una estrella". She won the Best Actress Ariel Award in 1972 for "Tú, yo, y nosotros". She was married to a pioneer of Mexican radio, television and film, Luis de Llano Palmer, by whom she had two children, Julissa, an actress and musician, and Luis de Llano Macedo, renowned telenovela producer. She also was instrumental in bringing many works of international writers to the Mexican stage. 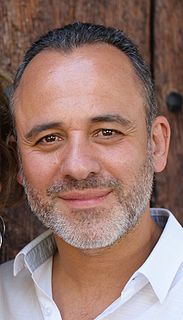 Monstserrat Ginesta Clavell is a Spanish illustrator and writer.

María Seoane is an Argentine economist, journalist, and writer who has ventured into film. She has won numerous awards and published eight books on political issues in Argentine history. She was the director of LRA Radio Nacional from 2009 until her resignation on 21 December 2015.

Estoy vivo is a Spanish crime television series with supernatural and comedy elements. Created by Daniel Écija and produced by RTVE in collaboration with Globomedia and Good Mood, it premiered on 7 September 2017 on La 1, and it has been successively renovated up to a fourth season, which premiered on 10 March 2021. 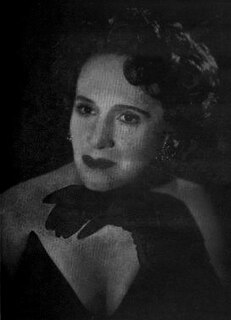 María Teresa Rivas was a Mexican actress associated with the Golden Age of Mexican cinema. Along with Silvia Derbez, she is considered one of the pioneers of telenovelas in Mexico, appearing in more than 50 in her career, beginning with an iconic villain role in Gutierritos (1958).