Unboxed may refer to:

Glasgow Haskell Compiler, less commonly known as The Glorious Glasgow Haskell Compilation System or simply GHC, is an open-source native code compiler for the functional programming language Haskell. It provides a cross-platform environment for the writing and testing of Haskell code and it supports numerous extensions, libraries, and optimisations that streamline the process of generating and executing code. GHC is the most commonly-used Haskell compiler. The lead developers are Simon Peyton Jones and Simon Marlow.

Raymond Obstfeld is a writer of poetry, non-fiction, fiction, and screenplays as well as a professor of English at Orange Coast College. 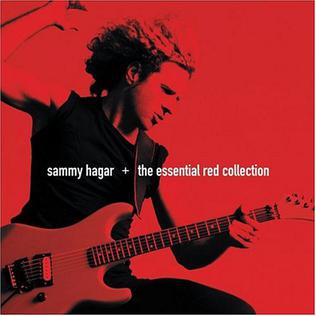 High Hopes may refer to:

Monkeewrench, is the first novel by author team P. J. Tracy. It revolves around the search for a copycat killer, who is recreating murders found in a new computer game. It also seems that the killer is linked to the computer programmers who made the game.

David Lauser is an American rock drummer, who is most famous for playing with Sammy Hagar.

Unboxed is a compilation album of early singles and the EP Call Now by the band Free Kitten, released in 1994.

Victoria "Vicky" Holmes is an English author. She is better known as Erin Hunter, a pseudonym under which she and others wrote the New York Times Bestselling Warriors books.

The Unboxed Set is a compilation album by punk rock band Angry Samoans, released in 1995. It features all the songs from their first four albums.

Medicine Unboxed is a project arising from a view that good medicine demands more than scientific and technical expertise, and that it necessitates ethical judgment, an understanding of human experience, empathy, professionalism and wisdom.

Erin Morgenstern is an American multimedia artist and the author of a successful fantasy novel, The Night Circus (2011). It was published in more than a dozen languages by 2013 and won the annual Locus Award for Best First Novel.

Genesis is an instrumental jazz single released by Matthew Shell and Arun Shenoy on April 25, 2013. It features the Canadian violinist Ian Cameron and guest musicians from around the world. In an interview on Hybrid Jazz by Trish Hennessey, Shenoy talks about The Violin Song being an inspiration for Shell to reach out to Shenoy, for the song originally written by Shell and based on a funk piano and guitar groove. The accompanying music video was created by Jason Baustin, of Travestee Films by combining footage from the recording sessions in Armenia, India, Germany, and various locations in the U.S.

Failbetter Games is a British video game and interactive fiction studio founded in January 2010 by Alexis Kennedy and Paul Arendt. Failbetter is chiefly known for its Fallen London Victorian Gothic franchise, which has garnered a cult following. Failbetter was also commissioned by BioWare to build a browser-game prologue for Dragon Age: Inquisition, and by UK publisher Harvill Secker to create a puzzle game to accompany The Night Circus. The studio has consistently won acclaim for the quality of its writing, world-building and storytelling.

Rachel Charmaine Kerr is a British singer/songwriter, celebrity vocal coach and entrepreneur from Walsall, England. She is also the CEO and founder of Singercise. She is a member of Grammy Award Association and a BET Music Matters endorsed artist.

Xenia Rubinos is an American singer, songwriter and multi-instrumentalist.

Hypercharge: Unboxed is a cooperative first-person shooter video game, developed and published by British indie studio Digital Cybercherries for Microsoft Windows and Nintendo Switch. It is expected for release in the first quarter of 2020.

Digital Cybercherries Ltd. is a British video game developer based in the United Kingdom. It was founded in 2015. They developed New Retro Arcade: Neon and Hypercharge: Unboxed. 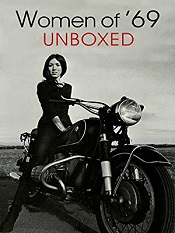 Women of '69, Unboxed is a 2014 documentary film by director/producer Peter Barton and executive producer/producer Liz Roman Gallese. It is about 19 women who graduated from Skidmore College in 1969, when it was still an all-women college. The film won two awards at film festivals and received positive reception.