The HTTP 404, 404 Not Found, 404, Page Not Found, or Server Not Found error message is a Hypertext Transfer Protocol (HTTP) standard response code, in computer network communications, to indicate that the client was able to communicate with a given server, but the server could not find what was requested.

URL redirection, also called URL forwarding, is a World Wide Web technique for making a web page available under more than one URL address. When a web browser attempts to open a URL that has been redirected, a page with a different URL is opened. Similarly, domain redirection or domain forwarding is when all pages in a URL domain are redirected to a different domain, as when wikipedia.com and wikipedia.net are automatically redirected to wikipedia.org. URL redirection is done for various reasons: for URL shortening; to prevent broken links when web pages are moved; to allow multiple domain names belonging to the same owner to refer to a single web site; to guide navigation into and out of a website; for privacy protection; and for hostile purposes such as phishing attacks or malware distribution.

Meta refresh is a method of instructing a web browser to automatically refresh the current web page or frame after a given time interval, using an HTML meta element with the http-equiv parameter set to "refresh" and a content parameter giving the time interval in seconds. It is also possible to instruct the browser to fetch a different URL when the page is refreshed, by including the alternative URL in the content parameter. By setting the refresh time interval to zero, meta refresh can be used as a method of URL redirection.

URL shortening is a technique on the World Wide Web in which a Uniform Resource Locator (URL) may be made substantially shorter and still direct to the required page. This is achieved by using a redirect which links to the web page that has a long URL. For example, the URL "https://example.com/assets/category_B/subcategory_C/Foo/" can be shortened to "https://snip.ml/Foo", and the URL "https://example.com/about/index.html" can be shortened to "https://snip.ml/h2iBY". Often the redirect domain name is shorter than the original one. A friendly URL may be desired for messaging technologies that limit the number of characters in a message, for reducing the amount of typing required if the reader is copying a URL from a print source, for making it easier for a person to remember, or for the intention of a permalink. In November 2009, the shortened links of the URL shortening service Bitly were accessed 2.1 billion times.

The HTTP response status code 301 Moved Permanently is used for permanent URL redirection, meaning current links or records using the URL that the response is received for should be updated. The new URL should be provided in the Location field included with the response. The 301 redirect is considered a best practice for upgrading users from HTTP to HTTPS. 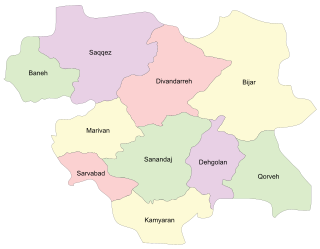 Sanandaj County (Persian: شهرستان سنندج‎) is a county in the Kurdistan Province of Iran. Its capital is Sanandaj. At the 2006 census, the county's population was 409,628, in 105,247 families. The county is subdivided into two districts: the Central District and Kalatrazan District. The county has two cities: Sanandaj and Shuyesheh. 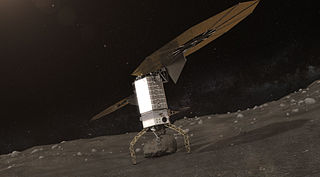 Shabaqua is a dispersed rural community and unincorporated area in geographic Laurie Township in the Unorganized Part of Thunder Bay District in Northwestern Ontario, Canada. It is on the right bank of the Shebandowan River, as well as on a Canadian National Railway main line, built originally as the Canadian Northern Railway transcontinental main line, between Mabella to the west and Glenwater to the southeast. 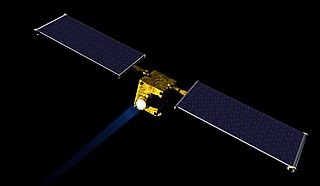 Double Asteroid Redirection Test (DART) is a planned space probe that will demonstrate the kinetic effects of crashing an impactor spacecraft into an asteroid moon for planetary defense purposes. The mission is intended to test whether a spacecraft impact could successfully deflect an asteroid on a collision course with Earth.

There are two forts in Rajasthan, India, named Taragarh.