AO UniCredit Bank is a Russian bank headquartered in Moscow. It was a wholly owned subsidiary of Italy-based UniCredit Group.

ZAO International Moscow Bank (IMB) was founded on 19 October 1989. In 2001 IMB was merged with a Russia-based subsidiary of Bank Austria. The bank's shareholders were VEB.RF (20%), Promstroybank of the USSR (10%), Sberbank of the USSR (10%), as well as five international banks - Bayerische Vereinsbank AG, Creditanstalt-Bankverein, Banka Commerciale Italiana, Crédit Lyonnais and Kansalis-Osaki-Pankk), each of which owned 12%. IMB was the first among Russian non-state banks to start operations on international financial markets.

In May 2013, the bank merged its own ATM network with the Raiffeisenbank ATM network. [4]

In March 2019, Unicredit Bank topped the list of the most reliable banks in Russia according to Forbes experts, ahead of 99 other banks, including Raiffeisenbank. [6]

Until October 2016, 100% of the bank's voting shares belonged to UniCredit Bank Austria AG (Vienna, Austria), which is part of the Italian group UniCredit. [8]

The chairman of the Board - K.O. Zhukov-Emelyanov

AO Unicredit Bank has a general banking license No. 1. The bank specializes in servicing corporate and private clients, corporate finance and treasury operations. The main focus is on lending to small and medium-sized enterprises; the retail services sector is developing less actively. As of the spring of 2011, the bank had 106 branches in Russia and a representative office in Belarus, over 985 thousand individual clients and more than 22.6 thousand corporate clients. [9] 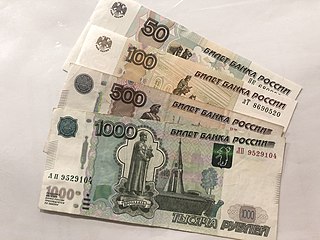 UniCredit Bank Austria AG, better known as Bank Austria, is an Austrian bank, 96.35% owned by UniCredit Group based in Milan, Italy. The bank maintains an extensive network in Austria, with about 7,700 employees serving customers in some 300 branches. Bank Austria also served as UniCredit's intermediate holding company for the banking network in Central and Eastern Europe, a region where the Group is the clear market leader with about 3,900 branches in 19 countries. However, all the CEE subsidiaries were transferred to the parent company in September 2016. As per 2008, 85% of Bank Austria's total workforce is employed out of Austria.

ATON is one of the oldest investment companies in Russia. It was founded in 1991 by Evgeny Yuriev, sold to UniCredit group in 2007 and recreated in 2009. ATON operates in 27 Russian cities, managing a total of 79 000 client accounts. ATON’s headquarter is in Moscow.

Banking in Russia is subject to significant regulations as banks in the Russian Federation have to meet mandatory Russian legislation requirements, and comply with numerous Bank of Russia instructions and regulations.

Uralsib is a Russian bank. It was created by merging Ural-Siberian Bank and Avtobank-NIKoil. The latter was Nikolai Tsvetkov's company closely affiliated to LUKoil. In 2013 it employed 19,342 people.

Rosbank is a Russian universal bank whose majority shareholder is the international financial group Société Générale. In October 2020, Rosbank ranked 11th among Russian banks in terms of assets. According to the Forbes Russia, Rosbank is the third most reliable Russian bank.

IPJSC Ingosstrakh is one of the major insurance companies of Russia, insurance public joint-stock company. Headquartered in Moscow, Russia.

PJSC "Bank Otkritie Financial Corporation" or Otkritie FC Bank is one of Russia's largest full-service commercial banks. It has more than 440 offices of different formats in Russia. It was co-founded by Igor Finogenov, now CEO of the Eurasian Development Bank.

Russian Standard Bank is one of the largest Russian banks and the country's leading consumer lender.

OSJC "Cherkizovo" Group is a Moscow-based Russian food company that is a major producer and processor of poultry and pork.

Rossiysky Kredit was a Russian commercial bank that ceased operations on 24 July 2015, when the Central Bank of Russia withdrew the bank's license.

Tinkoff Bank, formerly Tinkoff Credit Systems is a Russian commercial bank based in Moscow and founded by Oleg Tinkov in 2006. The bank does not have branches and is considered a neobank. As of 2016, Tinkoff Bank has a credit rating of B+ on the Fitch Ratings and B2 on the Moody's Rating, and is the second largest provider of credit cards in Russia. Tinkoff is the world's largest digital bank, as measured by number of customers.

Home Credit & Finance Bank or HCFB is a private retail bank headquartered in Moscow. It was registered by the Bank of Russia in 1992 under the name Innovation Bank "Technopolis". In 2002, after the acquisition of 100% share by the international group Home Credit, the bank began to work under the name of LLC "HCF Bank".

Vadim Stanislavovich Belyaev is a Russian businessman, banker and investor. He is one of the founders, a major shareholder, former chief executive and board chairman of Otkritie Holding, once the largest privately-held financial group in Russia, and as such the former major shareholder of Otkritie Bank.

Credit Bank of Moscow is a Russian bank founded in 1992 and operating in Moscow and Moscow Oblast.

Mikhail Yurievich Alekseyev is a Russian banker, Deputy Chairman of the Central Bank of Russia, Ph.D. in Economics.