The Unicorn Theatre is a children's theatre in the London Borough of Southwark, in England. It is a custom-built, RIBA Award–winning building on Tooley Street, which opened in 2005. [1] The theatre was designed by Keith Williams, built by Arup and comprises two theatre spaces (the Weston and Clore Theatres), an education studio, rehearsal space, café and the John Lyon meeting room.

The theatre was founded in 1947, by Caryl Jenner, originally as a mobile theatre; In 1961, Jenner began presenting children's productions at the Arts Theatre in the West End, and in 1967 the company took over the lease of the theatre which then became Unicorn's permanent performing base until 1999; during this period the normal run of adult performances continued during the evenings. [2]

The Unicorn is a registered charity and is an Arts Council England National Portfolio organisation.

From 1944 Caryl Jenner wrote Christmas pantomimes for small-time playhouses. During performances she would make note of the behaviour of the children, recording what scenes and sequences held their attention, and which did not.[ citation needed ]

In November 1949 Caryl Jenner created the Mobile Theatre Ltd. [3] Jenner's mission was to drive around the towns of Britain, as well as isolated villages to bring theatre to new audiences. They supplemented their income by performing to adults in the evenings. In 1962, the name changed again, to the Unicorn Theatre Club. In 1967, the company gave up touring having received an annual grant from the Arts Council, [3] took up the lease at the Arts Theatre in London, which remained its home until the present Unicorn Theatre was built in 2005. Jenner died on 29 January 1973 at the age of 55. [3]

The current president is Juliet Stevenson, who took over from Sir Alan Ayckbourn CBE in 2007.

Blackfriars Theatre was the name given to two separate theatres located in the former Blackfriars Dominican priory in the City of London during the Renaissance. The first theatre began as a venue for the Children of the Chapel Royal, child actors associated with the Queen's chapel choirs, and who from 1576 to 1584 staged plays in the vast hall of the former monastery. The second theatre dates from the purchase of the upper part of the priory and another building by James Burbage in 1596, which included the Parliament Chamber on the upper floor that was converted into the playhouse. The Children of the Chapel played in the theatre beginning in the autumn of 1600 until the King's Men took over in 1608. They successfully used it as their winter playhouse until all the theatres were closed in 1642 when the English Civil War began. 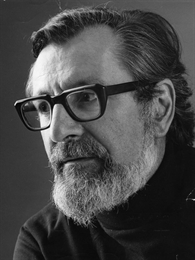 Tristram Ogilvie Cary, OAM, was a pioneering English-Australian composer. He was also active as a teacher and music critic. 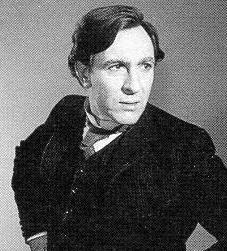 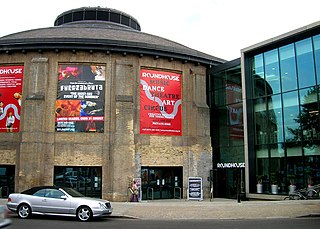 The Evening Standard Theatre Awards, established in 1955, are the oldest theatrical awards ceremony in the United Kingdom. They are presented annually for outstanding achievements in London Theatre, and are organised by the Evening Standard newspaper. They are the West End's equivalent to Broadway's Drama Desk Awards.

Morley College is a specialist adult education and further education college in London, England. The college has three main campuses, one in Waterloo on the South Bank, and two in West London namely in North Kensington and in Chelsea, the latter two joining following a merger with Kensington and Chelsea College in 2020. There are also smaller centres part of the college elsewhere. Morley College is also a registered charity under English law. It was originally founded in the 1880s and has a student population of 11,000 adult students. It offers courses in a wide variety of fields including art and design, fashion, languages, drama, dance, music, health and humanities. 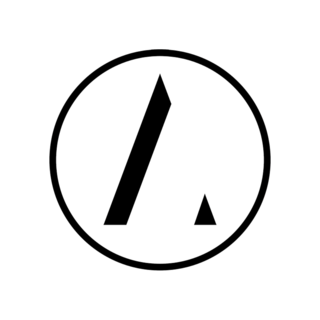 The Swan Theatre is a theatre belonging to the Royal Shakespeare Company in Stratford-upon-Avon, England. It is built on to the side of the larger Royal Shakespeare Theatre, occupying the Victorian Gothic structure that formerly housed the Shakespeare Memorial Theatre that preceded the RST but was destroyed by fire in 1926.

Experiments in Art and Technology (E.A.T.), a non-profit and tax-exempt organization, was established in 1967 to develop collaborations between artists and engineers. The group operated by facilitating person-to-person contacts between artists and engineers, rather than defining a formal process for cooperation. E.A.T. initiated and carried out projects that expanded the role of the artist in contemporary society and helped explore the separation of the individual from technological change. 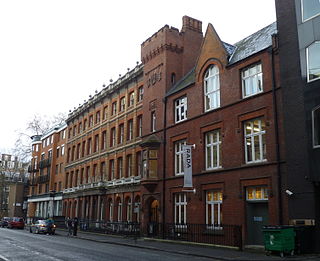 RADA Studios is a theatrical venue in Chenies Street in the London Borough of Camden, just to the east of Tottenham Court Road, owned by the Royal Academy of Dramatic Art (RADA). The building contains rehearsal rooms and meeting rooms, and two small theatres – the 200-seat Studio Theatre, and the 50-seat Club Theatre.

Somerset is a county in the south west of England. It has a varied cultural tradition ranging from the Arthurian legends to The Wurzels, a band specialising in Scrumpy and Western music.

The Albany is a multi-purpose arts centre in Deptford, south-east London.

Mabel Constanduros was an English actress and screenwriter. She gained public notice playing Mrs.Buggins on the radio programme The Buggins Family, which ran from 1928 to 1948. As well as writing the series, she started off playing the whole family as well.

Tim Crouch is a British experimental theatre maker, actor, writer and director. His plays include My Arm, An Oak Tree, ENGLAND, and The Author. These take various forms, but all reject theatrical conventions, especially realism, and invite the audience to help create the work. Interviewed in 2007, Crouch said, "Theatre in its purest form is a conceptual artform. It doesn't need sets, costumes and props, but exists inside an audience's head."

Peter Lancelot Williams (1914–1995) was an English designer and dance critic. He founded and edited the monthly magazine Dance and Dancers for thirty years, wrote columns for national newspapers and was an influential chairman of various committees and trusts.

Caryl Jenner born Pamela Penelope Ripman was a British theatre director and manager. She is known for her work in creating theatre for children.