The Melbourne Club is a private social club established in 1838 and located at 36 Collins Street, Melbourne; adjacent to the Lyceum Club, which is located in Ridgway Place, Melbourne.

The Garrick Club is a gentlemen's club in the heart of London founded in 1831. It is one of the oldest members' clubs in the world and since its inception has catered to members such as Charles Kean, Henry Irving, Herbert Beerbohm Tree, Arthur Sullivan, Laurence Olivier, Raymond Raikes, Stephen Fry and John Gielgud. From the literary world came writers such as Charles Dickens, H. G. Wells, J. M. Barrie, A. A. Milne, and Kingsley Amis. The visual arts have been represented by painters such as John Everett Millais, Lord Leighton and Dante Gabriel Rossetti.

Hunters Hill is a suburb on the Lower North Shore and Northern Suburbs of Sydney, in the state of New South Wales, Australia. Hunters Hill is located 9 kilometres (5.6 mi) north-west of the Sydney central business district and is the administrative centre for the local government area of the Municipality of Hunter's Hill. 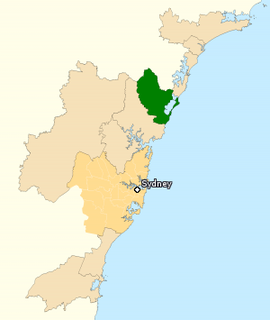 Longueville is a suburb on the Lower North Shore of Sydney, in the state of New South Wales, Australia 8 kilometres north-west of the Sydney central business district, in the local government area of the Municipality of Lane Cove.

The Garden Palace was a large, purpose-built exhibition building constructed to house the Sydney International Exhibition in 1879 in Sydney, Australia. It was designed by James Barnet and constructed by John Young, at a cost of £191,800 in only eight months. This was largely due to the importation from England of electric lighting, which enabled work to be carried out around the clock. 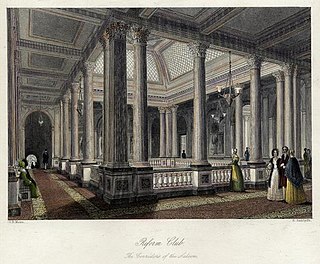 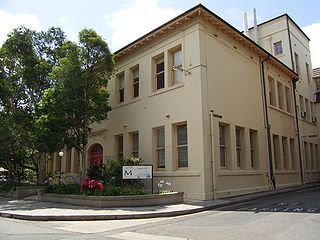 The Macleay Museum in Sydney, Australia, is a natural history museum located on the main campus of the University of Sydney. The Macleay Museum gallery is now closed to the public in preparation for the opening of the new Chau Chak Wing Museum, scheduled for completion in late 2020.

John Beard is a Welsh artist and painter born in Aberdare, Wales, he is now based in Sydney, Lisbon and London.

The Australian Club is a private club founded in 1838 and located in Sydney at 165 Macquarie Street. Its membership is men-only and it is the oldest gentlemen's club in the southern hemisphere. It enjoys reciprocal arrangements with other clubs of its type including; the Melbourne Club, Boodle's and Brooks's in London, the Pacific-Union Club in San Francisco, California Club in Los Angeles, Union Club and Knickerbocker Club of New York City and the Somerset Club in Boston.

The Balmain Reservoir is a 2,376,000-imperial-gallon (10.80 ML) disused, covered reservoir located under Gladstone Park in Balmain, in the Inner West of Sydney, New South Wales, Australia.

The Sydney University Liberal Club (SULC) is a student association operating under the auspices of the University of Sydney Union (USU). The club hosts policy debates, annual dinners, student election campaigns, and guest speaker events with members of parliament. It is an affiliate of the Australian Liberal Students' Federation. 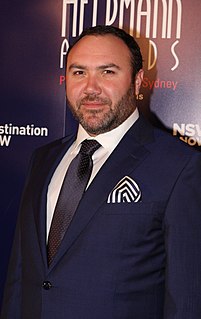 The Alhambra was an iron steamer screw built in 1853 by Samuda Brothers at Cubitt Town, London. It was wrecked in a collision off Newcastle, near Nobbys Head, New South Wales, on 30 June 1888.

Natalie Maree Hutchins, also known as Natalie Sykes-Hutchins, is an Australian politician. She has been a Labor Party member of the Victorian Legislative Assembly since 2010, representing the electorates of Keilor (2010–2014) and Sydenham (2014–present). She has been Minister for Local Government, Minister for Aboriginal Affairs and Minister for Industrial Relations in the Andrews Ministry since December 2014.

Barry was a comedy digital radio station broadcasting to the five mainland state capital cities in Australia. The station is owned by Austereo and was the second permanent digital-only station the company has launched, alongside Radar Radio. The station was launched on 16 July 2010. It ceased operation in June 2012. 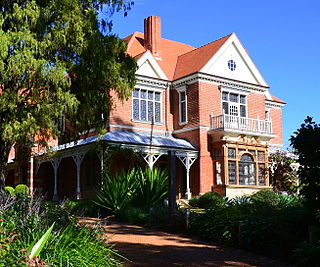 Caerleon is a historic house in the Sydney suburb of Bellevue Hill. It is listed on the Register of the National Estate as well as having a New South Wales heritage listing. It was named after Caerleon, a small town in Wales.

Edward Lombe was a merchantman and passenger three-masted barquentine with a burthen of 347 tons built in 1828 by Thomas Brodrick, of Whitby, England.

The Whitehouse Institute of Design, Australia is a private Design Institute with campuses in both inner-city Melbourne and Surry Hills, Sydney. It was established in 1988 by Leanne Whitehouse. The Institute offers a Master of Design (M.Des.), Bachelor of Design (B.Des.) degrees, and as well as various vocational education and training (VET) courses, Including Advanced Diplomas, Diplomas, Certificates and various Whitehouse Workshops. The M.Des. degree was first offered in 2014. The Institute's Melbourne campus has hosted several seasons of Project Runway Australia. and has also been the host to Asia's Next Top Model in 2015. 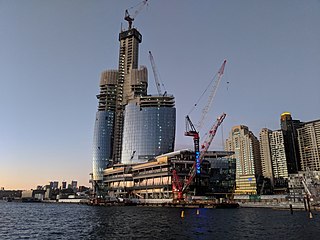 Crown Sydney is a casino and hotel that is currently under construction in Barangaroo, Sydney, Australia. When it opens in 2021, it will be the second legal casino in Sydney, the other being The Star. However, unlike The Star, Crown Sydney's casino will only operate with VIP membership restrictions. With 75 floors and a height of 271.3 m (890 ft), it will become the city's tallest building, surpassing Chifley Tower.

The following is a timeline of the history of the city of Sydney, New South Wales, Australia.