United League Baseball was an independent baseball league that operated in Texas. The league operated from 2006 to 2009. The league then temporarily merged with the Northern League and the Golden Baseball League to form the North American League from 2011–2012. However, after the North American League folded at the end of the 2012 season, ULB was reformed. It dissolved for a second time in January 2015.

In 2013, following the dissolution of the North American League, United League Baseball was reincorporated. The league played an 80-game season from late May to the middle of August, and featured the Edinburg Roadrunners, the Fort Worth Cats, the Rio Grande Valley WhiteWings, the San Angelo Colts, the Texas Thunder, and the Alexandria Aces. Alexandria and Texas were shut down mid-season. Edinburg did not field a team for 2014 and they were replaced by the Brownsville Charros.

The San Angelo Colts announced on July 2, 2014, that they had filed for Chapter 11 bankruptcy protection. [1] Although it was stated at the time that operations would not be affected, the team announced on August 11, 2014, that the final eight games of the 2014 regular season would not be played. [2] Originally scheduled to end August 24, the league's 2014 regular season ended August 15, with the best-of-five championship series between the Cats and the WhiteWings starting August 16. [3] The United League Baseball was looking into possibly expanding to Del Rio, Texas, and was scheduled to meet with city officials in October 2014.

In November 2014, it was announced that the City of Ft. Worth had not renewed the lease at LaGrave Field for the Ft. Worth Cats, thus leaving them without a home for the 2015 season. Through the mismanagement of the league by Bryant and Pierce and having one remaining stadium lease in Harlingen the league was formally disbanded in January 2015. [4]

Format: When the league returned for the 2013 season the United League paired the top two regular season teams in a best of 5 ULB Championship series.

Format: for the 2010 season the United League playoffs consisted of 4 teams competing in 2 rounds, with the top 4 regular season teams making the playoffs. In the first round the regular season champion faced the 4th seed while seed 2 faced seed 3 in the best of 3 series. The winners then advanced to the championship best-of-five series.

Format: for the 2009 season the United League playoffs consisted of 4 teams competing in 2 rounds, with the top 4 regular season teams making the playoffs. In the first round the regular season champion faced the 4th seed while seed 2 faced seed 3 in the best of 3 series. The winners then advanced to the championship best-of-five series.

Format: for the 2008 season the United League playoffs will consist of 4 teams competing in 2 rounds. In the first round the top two teams at the end of the first half of the season will host the two remaining teams with the best overall winning percentage throughout the season in a best-of-three series. The winners then advance to the championship which will be played at both parks, with the lower seed hosting game one and the higher seed hosting games two and three of the best-of-three series.

Format: for the 2007 season the United League played in a split season format, crowning a first half champion and a second half champion. The champions then played for the ULB Championship. If one team was to win both halves, the team with the second-best overall season record would have qualified for the playoffs as a wild card. The championship series was the best 4 out of 7 games, to be played home and away in a 2–3–2 site format, with home field advantage awarded to the first half champion.

The ULB's all-star festivities were a two-day event, the first day featuring various celebrations and recognitions, followed on the second day by the Home Run Derby and the All-Star Game.

Pitcher of the Year

Playing Surface of the Year

The Central Baseball League, formerly the Texas–Louisiana League, was a minor league whose member teams were independent of any Major League Baseball affiliations.

The Alexandria Aces were a baseball team based in Alexandria, Louisiana. The last version of the Aces played in the United League in 2013. The Aces have played their home games at historic Bringhurst Field, which was built in 1933 for the original Alexandria Aces. 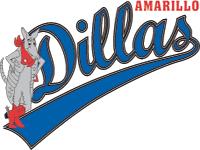 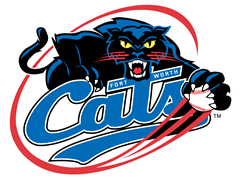 The Fort Worth Cats were a professional baseball team based in Fort Worth, Texas, in the United States. The Cats were a member of the South Division of the now disbanded United League Baseball, which was not affiliated with Major League Baseball. From 2002 to 2014, the Cats played their home games at LaGrave Field.

The Division Series is the quarterfinal round of the Major League Baseball playoffs. As with any quarterfinal in a best-of tournament, a total of four series are played in this round, two each for both the American League and the National League. 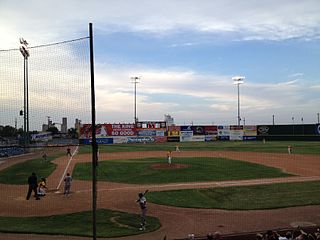 Potter County Memorial Stadium is a baseball-only stadium in Amarillo, Texas. It was most recently home to the Texas AirHogs, a professional baseball team and member of the American Association, and the West Texas A&M Buffaloes baseball team, which is a member of the Division II Lone Star Conference. It was home to the Amarillo Dillas of United League Baseball until 2010. It broke ground in 1948, and opened in 1949. It is nicknamed Dilla Villa, dating back prior to Amarillo National Bank's purchase of naming rights when the Dillas made their first appearance in Amarillo in 1994.

Béisbol Doble A, governed by the Federación de Béisbol Aficionado de Puerto Rico, is a Puerto Rican amateur baseball spring and summer baseball league, founded in 1940 and based in San Juan. The season starts in mid-February, and ends with the Carnaval de Campeones final in September. They play a weekend schedule, and their all-star game is held soon after the regular season and before the playoffs. The Toritos de Cayey are the defending champions.

The Amarillo Gold Sox was the name of an American minor league baseball franchise that represented the city of Amarillo, Texas, in the Class D West Texas–New Mexico League, the Class A Western League and the Double-A Texas League at various times between 1939 and 1982.

Reunion Sports Group was an investor group which owned the former United League Baseball, an independent baseball league started in 2005. Owned by league co-founders John Bryant and Byron Pierce, who had left the original ownership group a few years back and then purchased the league out of bankruptcy in 2009, Reunion owned all of the franchises of United League Baseball, including the Rio Grande Valley WhiteWings, Amarillo Dillas, San Angelo Colts, Laredo Broncos, Edinburg Roadrunners, and Coastal Bend Thunder. The group was also part of a partnership to build a proposed 10,000 seat baseball stadium to house an expansion team to begin play in 2010 in Dallas, Texas but this proposal never came to fruition.

The San Angelo Bandits were a professional indoor football team based in San Angelo, Texas. They were members of Champions Indoor Football (CIF) and the Lone Star Football League (LSFL). The Bandits began play in 2013 as an expansion team in the LSFL. They became members of the CIF when the LSFL and Champions Professional Indoor Football League (CPIFL) merged at the conclusion of the 2014 season. The Bandits played their home games at the Foster Communications Coliseum. The team folded following the 2016 season and were replaced by the expansion CenTex Cavalry.

The 2019–20 Major Arena Soccer League season is the twelfth season for the league. The league adopted a new format during the offseason, merging the four divisions into two conferences and eliminating the divisional format. On 12 March 2020, the league announced they would end the regular season early due to the COVID-19 pandemic outbreak. On July 1, 2020, MASL announced that the Board of Directors had voted to conclude the 2019–20 season with the recognition of the Monterrey Flash and Florida Tropics being the winners of the Western and Eastern Conferences, respectively.