UNYA Switzerland is the umbrella organization for Swiss student and youth associations related to the United Nations. Founded in 2007 [1] by former Federal Councillor Micheline Calmy-Rey, the network gathers twelve associations from three linguistic regions in Switzerland. The majority are Model United Nations (MUN) teams that run simulations of UN conferences and organize various activities such as panel discussions or workshops about UN related issues.

The main goals of UNYA Switzerland are:

At the national level, UNYA Switzerland coordinates the activities of its member associations and realizes a variety of different projects. There are several projects that take place annually. JUNESMUN is a national Model United Nations conference that covers topics that are currently discussed in the UN. ISYFUN, the intra-Swiss Forum on the United Nations, is another major event that include a visit to the UN headquarters in Geneva. In addition, a workshop on a UN related topic, a MUN Workshop (e.g. a training on rhetoric, Rules of Procedures), a panel discussion and MiniMUN [3] (Model United Nations conferences at high schools) are organized each year.

Besides that, UNYA Switzerland conducts various nonrecurring events. In 2011, a large youth UN General Assembly was held in the House of Parliament in Bern. This event took place in connection with the election of Joseph Deiss as the president of the UN General Assembly. The same year, a media workshop was conducted for MUN teams from across Europe. This workshop aimed to strengthen the communication skills of youth associations in order to raise awareness of UN issues more effectively. In 2013, an intercultural study project is being organized that focuses on the issue of corporate social responsibility. Several events are held in Switzerland and a study trip to Ghana in cooperation with UNYA Ghana takes places. 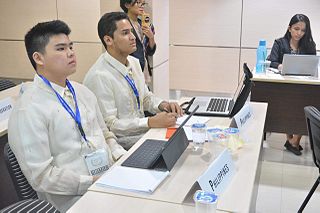 Model United Nations, also known as Model UN or MUN, is an educational simulation and academic activity in which students can learn about diplomacy, international relations, and the United Nations. MUN involves and teaches participants research, speaking, debating, and writing skills, in addition to critical thinking, teamwork, and leadership abilities. Usually an extracurricular activity, some schools also offer Model UN as a class. It is meant to engage students and allow them to develop deeper understanding into current world issues. 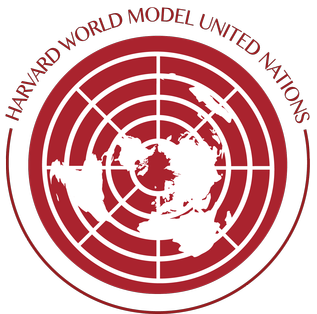 The Harvard World Model United Nations (WorldMUN) is an annual traveling Model United Nations conference that is run by Harvard University and a local university team from a host city. WorldMUN moves to a new city each year and is one of the largest international MUN conferences today. The Conference was first held in 1992. The Conference targets college students from all over the world who have a passion and interest to become a diplomat in future.

The United Nations Association of Australia (UNAA) is the official non-profit, non-government, membership-based, organisation in Australia working on behalf of the United Nations core body to promote its overall aims and ideals, and equally seeking to build support for the UN's programs, activities, and agencies. The UNAA official mission is "to inform, inspire and engage all Australians regarding the work, goals and values of the UN to create a safer, fairer and more sustainable world". It has division offices in every State and Territory of Australia, with the national office run out of Canberra. 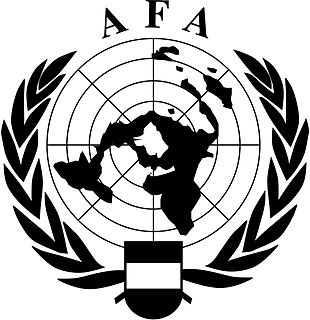 The United Nations Youth and Students Association of Austria (UNYSA-Austria) - Academic Forum for Foreign Affairs (AFA) was founded on January 22, 1991, and is the Austrian non-partisan organization for young people, students, and graduates interested in international issues. UNYSA-Austria is the independent youth-organization of UNA-Austria, member of the Austrian national youth-council and also a founding member of the United Nations Youth Associations Network (UNYANET). 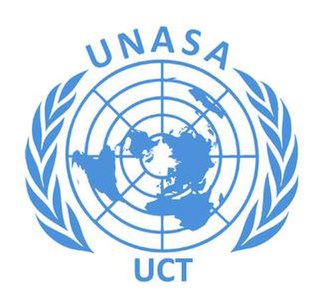 The World Resources Forum (WRF) is a non-profit organisation for sharing knowledge about the economic, political, social and environmental implications of global resource use. WRF promotes resource productivity among researchers, policymakers, business, NGOs and the public. In addition to organizing international and regional conferences, the WRF Secretariat coordinates multistakeholder dialogue projects, amongst others the Sustainable Recycling Initiative (SRI) as well as the H2020 projects Towards a World Forum on Raw Materials (FORAM), and CEWASTE. The WRF contributes to other EC-projects and projects with the German development organisation GiZ, UNEP and UNIDO. 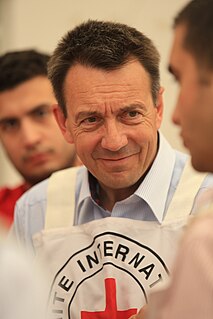 Peter Maurer is the President of the International Committee of the Red Cross (ICRC), appointed 1 July 2012. Maurer was born in Thun, Switzerland.

The London International Model United Nations (LIMUN) is an annual three-day Model United Nations conference in London, United Kingdom. Taking place every February since 2000, LIMUN has established itself as Europe's largest such conference at university-level, bringing together over 1500 students – with some high school students and recent graduates – to deliberate on issues of global concern. It is organised by students from the various institutions of the University of London and other London-based universities. The 21st session of the conference took place from the 21st to the 23rd of February, 2020.

Peruvian Universities is an inter-university student club, aimed at promoting debate and discussion on current national and international issues with the objective of making the leading citizens who contribute to development by participating in Model United Nations (MUN) conferences around the globe. Beginning its participation in international conferences in 2006, the United Nations Studies Circle (CENU) became the Peruvian Association for the Study of the United Nations, a non-for-profit NGO charged with task of promoting MUN in Peru and creating Peru's first "National Delegation", using past experience to select the finest delegates from Peru's finest universities, creating then Peruvian Universities. In addition to its debate team, AENU Peru also has a volunteer program and organizes the largest national Model UN conference annually since 2012 (LiMUN). In January 2015 AENU Peru and Peruvian Universities Debate Team successfully hosted the annual Harvard National Model United Nations Latin America (HNMUNLA) conference in Lima, Peru.

Peruvian Debate Society is an inter-university student association headquartered in Lima, Peru, aimed to promote debate and discussion on current national and international issues in order to form leading citizens who contribute to development by participating in Model United Nations (MUN) conferences around the globe, specially the ones organized by the Harvard International Relations Council. Beginning its participation in international conferences in 2015, it gained widespread recognition by achieving in their debut the Best Large Delegation Award at the Harvard National Model United Nations - Latin America 2015. Subsequently, the team has won the conference in the 2016, 2018, and 2019 editions. Since its foundation in 2014, their participation at national and international level has yielded multiple awards, consistently being ranked as the best Model UN team in the nation and one of the top international debate teams in the world.

United Schools of Peru (USP) is an inter-school student club headquartered in Lima, Peru, aimed to promote debate and discussion on current national and international issues in order to form leading citizens who contribute to development by participating in Model United Nations (MUN) conferences. Beginning its participation in international conferences in 2016, it gained widespread recognition by achieving in their debut the Best International Delegation award at the Ivy League Model United Nations Conference organized by the International Affairs Association of the University of Pennsylvania, achieving the title in the 2016, 2018, 2019 and 2020 editions.