The U.S. Chess Championship is an invitational tournament held to determine the national chess champion of the United States. Begun as a challenge match in 1845, the U.S. Championship has been decided by tournament play for most of its long history. Since 1936, it has been held under the auspices of the U.S. Chess Federation. Until 1999, the event consisted of a round-robin tournament of varying size. From 1999 to 2006, the Championship was sponsored and organized by the Seattle Chess Foundation as a large Swiss system tournament. AF4C withdrew its sponsorship in 2007. The 2007 and 2008 events were held in Stillwater, Oklahoma. The Chess Club and Scholastic Center of Saint Louis in St. Louis has hosted the annual event since 2009.

The Chevrolet Performance U.S. Nationals is an NHRA-sanctioned drag racing event, generally considered to be the most prestigious drag racing event in the world due to its history, size, and purse, held annually at Lucas Oil Raceway at Indianapolis in Brownsburg, Indiana.

The term U.S. Open or US Open is applied to "open" United States-hosted championships in a particular sport, in which anyone, amateur or professional, American or non-American, and generally, male or female, may compete.

A Triple Crown is the act of winning or completing the three most important or difficult or prestigious events, tournaments, or prizes in a given field. Originating in England in the mid-19th century in the sport of horse racing, it has spread to other competitive endeavors.

The National Christian College Athletic Association (NCCAA) is an association of Christian universities, colleges, and Bible colleges in the United States and Canada whose mission is "the promotion and enhancement of intercollegiate athletic competition with a Christian perspective". The national headquarters is located in Greenville, South Carolina. The NCCAA was formed in 1968. For the 2018–2019 season, the NCCAA listed 92 members, 57 of which participate in Division I and 35 in Division II. Many teams in the NCCAA are also in other athletics associations, including NCAA, NAIA and ACCA.

University School, commonly referred to as US, is an all-boys, private, Junior Kindergarten–12 school with two campus locations in the Greater Cleveland area, in the U.S. state of Ohio. The campus located in Shaker Heights serves junior kindergarten through eighth grade students, while the campus in Hunting Valley serves ninth through twelfth grade students.

The Stanford Cardinal are the athletic teams that represent Stanford University. Stanford's program has won 119 NCAA team championships, as well as 23 consecutive NACDA Directors' Cups, awarded annually to the most successful overall college sports program in the nation. Stanford's teams compete at the National Collegiate Athletic Association (NCAA) Division I level as a member of the Pac-12 Conference, along with other schools from the western third of the United States.

Canadian Championships refers to a number of national-level competition in Canada. It may refer to:

The Sooner Athletic Conference (SAC) is a small college athletics conference affiliated with the National Association of Intercollegiate Athletics (NAIA). Originally developed as a five-team conference of Oklahoma-based schools, the SAC now boasts 12 schools in a league that spans four states – Oklahoma, Texas, Arkansas and Kansas. 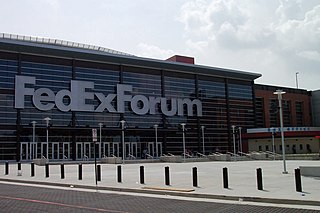 Sports in Memphis, Tennessee are supported in the city by Memphis Park Services, which offers a wide range of public facilities, including 17 swimming pools, 8 public golf courses, 48 athletic fields hosting a range of 510 youth and 269 adult teams, 130 basketball courts, 7 tennis centers and a soccer complex.

The UC Davis Aggies are the athletic teams that represent the University of California, Davis. For football, the Aggies compete in Division I FCS, and are members of the Big Sky Conference, granting UC Davis the distinction of being one of only three UC campuses to field a football team. The Aggies are also members of the Mountain Pacific Sports Federation in women's gymnastics and women's lacrosse, the America East Conference in field hockey, and the Western Water Polo Association for Men's Water Polo.

The Indianapolis Greyhounds are the athletic teams that represent the University of Indianapolis, located in Indianapolis, Indiana, in NCAA Division II intercollegiate sports. The Greyhounds compete as members of the Great Lakes Valley Conference for 22 of 23 varsity sports. Indianapolis has been part of the GLVC since 1978.