The United States competed with little success in some international games during the 1950s, but did not return to consistent competition until 1987. With the establishment of the American National Rugby League (AMNRL) in 1997, the team began to participate in more regular international competition, reaching the quarterfinals of the 2013 Rugby League World Cup. In 2014, the USARL became the national governing body for rugby league in the U.S.

One of the earliest attempts to introduce rugby league to the United States was in 1953, when wrestling promoter, Mike Dimitro was asked to organize a tour of Australasia by an American rugby league team.

The team, known as the American All-Stars, was given a huge schedule that included 26 matches against Australian and New Zealand sides. None of the 22 American players had ever played rugby league prior to this tour, they presented themselves in American football-like attire early on in the tournament. The team only won six games and tied two.

Their second match of the tour, against a Sydney side, drew a crowd of 65,453 at the Sydney Cricket Ground. After a consistent lack of competition, crowds were good but never reached the great height that the match at the SCG did.

The tour did not in turn bring any benefits to American rugby league. However, Mike Dimitro did not give up; he was able to organise two exhibitions against Australia and New Zealand in California that did not turn out to be a big success.

In 1987, the United States played their first international game since 1954 against Canada and built upon this by competing in the World Sevens tournaments between 1997 and 2002.

In 1997, Super League America, who organised the national team, were dissolved and replaced by the American National Rugby League in 2001. The United States Tomahawks warmed up for the 2000 Emerging Nations World Cup with a three-match trip to New South Wales, Australia. On Friday August 11, they took on Forster XIII, drawn from Forster’s two clubs, the Hawks and the Dragons. The Americans were defeated 32–12. They also played the South Sydney Rabbitohs at the old Redfern Oval during Souths' appeal to return to the Australian NRL.

In 2001, as a response to the September 11 attacks, the AMNRL set up a rugby league match between local USA born players (USA All Stars) and AMNRL players who were born overseas (World Allies All Stars). The match was won by the USA All Stars 27–26. Proceeds from the game were donated to the Red Cross to help with cleanup operations. Since 2002, the Tomahawks have been playing regular international competition in the United States. In 2002, the United States were defeated by Russia 54–10 in front of over 5,000 spectators in Moscow.

On December 1, 2004, the Tomahawks played their first ever international game against the Australian Kangaroos, the reigning World Cup champions. The game was known as the Liberty Bell Cup and was played at Franklin Field at the University of Pennsylvania and was played on a grid iron size synthetic field (Fox Sports Australia commentators Warren Smith and former Australian captain Laurie Daley reported that the Kangaroos were not too enthused about playing on the synthetic turf). It was also played in 20 minute quarters rather than the normal 40 minute halves. The Tomahawks shocked the Australians by quickly racing to a 12-0 lead in the first quarter. A third converted try just 4 minutes into the 2nd quarter saw Americans lead by the unbelievable score of 18-0 until replacement forward Petero Civoniceva sent fullback Matthew Bowen on a 60-metre run to score under the posts with 5 minutes remaining in the first half. However, a fourth converted try saw the home side lead by the World Champions 24-6 at half time. The Americans actually led for most of the game until the Kangaroos' superior fitness saw them rally in the last quarter of the game to win 36–24. Although they lost the game, many consider this to be the American's finest moment in international rugby league competition.

In October 2006, the USA were to participate in qualifying for their first World Cup. They were placed in a four team Atlantic qualifying pool along with South Africa, West Indies and Japan. South Africa and the West Indies withdrew from qualifying so therefore the group was reduced to a single game between the US and Japan which the USA won 54–18. They then advanced to play Samoa in the Repechage Semi Final where they lost 42–10 to Samoa. Despite playing well against Samoa and coming within two games of qualifying for the World Cup, the United States were dropped from 14th down to 15th place when the new world rankings were released after the tournament.

In 2009 and 2010 the United States hosted other emerging North American teams in the Atlantic Cup. [1]

In 2011, seven teams in the AMNRL domestic competition broke away to form the USA Rugby League. The AMNRL denied selection to players affiliated with USARL teams, including players who had been selected for the Tomahawks previously. [2]

The Tomahawks won a warm-up match against 4th-ranked France, defeating them 22–18 in Toulouse in the USA's best victory to date. [5]

In the finals, they were drawn in a group with the Cook Islands and Wales as well as an inter-group game against Scotland. They began by beating the Cook Islands 32–0 [6] and then Wales 24–16, [7] before losing 22–8 to Scotland, although they still ended up winning their group. [8] As group winners, they advanced to the quarter finals to face Australia, losing 62-0 to be eliminated from the tournament.

Following the World Cup, the national team was put on hiatus while the governance dispute between the AMNRL and the USARL was resolved. The team subsequently lost the right to automatic qualification for the 2017 Rugby League World Cup. In November 2014, stewardship of the national team was transferred to the USARL, and the team was rebranded from Tomahawks to Hawks. [9] Brian McDermott was subsequently appointed head coach [10] and his first job was to help the USA re-secure the World Cup qualification that they first won four years earlier. The team performed the qualification tournament, held in the US, in December 2015. The team qualified for their second consecutive World Cup after winning both their matches.

The USA have competed in 2 World Cups. In 2007 they entered into qualifying for the 2008 World Cup but were unsuccessful. However, they qualified for the following 2013 World Cup and reached the quarter finals.

The Colonial Cup is an international Cup competition between the US and Canada.

The New York Knights are a semi-professional rugby league football team based in New York City. The team currently plays in the USA Rugby League. They play their home games at Pier 40 in Hudson River Park.

The Japan national rugby league team, nicknamed the Samurais, represents Japan in rugby league football. Japan have played some international competition since 1994. The Japanese National Cup, the JRL domestic club competition, was founded in 1998. In 2021 the season was restarted after a break for COVID with five teams in two divisions, three clubs in East Japan, the Abiko Ducks, Mitaka Spartans and South Ikebukuro Rabbitohs; and two clubs in West Japan, the Kamisenryu Sea Turtles and The Kansai Kaminari.

The Bucks County Sharks were a rugby league football team based in Bucks County, Pennsylvania. The team currently plays in the USA Rugby League.

The Washington D.C. Slayers were a rugby league football team based in Washington, D.C. who last played in the USA Rugby League. They played their home games at Duke Ellington Field near Georgetown Hospital. 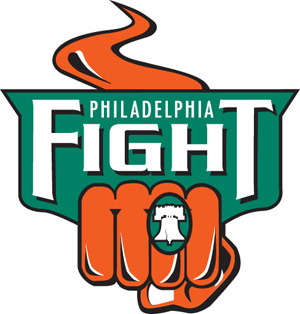 The Philadelphia Fight are a semi professional rugby league team based in the Philadelphia metropolitan area. They currently compete in the USA Rugby League, having formerly competed in the now defunct AMNRL. They play their home games at A. A. Garthwaite Stadium in Conshohocken, Pennsylvania.

The Jacksonville Axemen are a semi-professional rugby league team based in Jacksonville, Florida, U.S. They currently play in the USA Rugby League (USARL). They play their home games at the North Practice Soccer Fields at the University of North Florida. 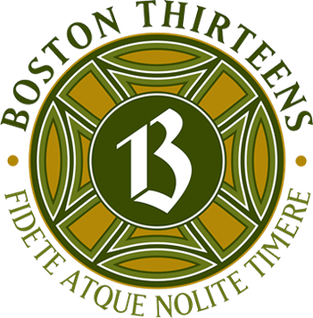 The Boston Thirteens are a professional rugby league football team based in Boston, Massachusetts, U.S. The team previously played in the USA Rugby League, before turning fully professional in 2021 and becoming a founding member of the North American Rugby League.

The Northern Virginia Eagles are a rugby league team based in Manassas, Virginia, U.S. The club currently plays in the USA Rugby League (USARL). From 2007 to 2011 they were known as the Fairfax Eagles and were based in nearby Fairfax, Virginia.

Daryl "Spinner" Howland is an Australian-born American rugby league administrator and coach. He is co-founder and event coordinator of the Jacksonville Axemen team based in Jacksonville, Florida, and is involved with the administration of the USA Rugby League. A former player, he previously played for the Axemen club that he founded and also for the United States national rugby league team and for various clubs in the U.S., Australia, England, France and Canada. As a player, he typically played as a hooker or halfback.

David Niumataiwalu, better known as David Niu, is an Australian-American dual-code international rugby league and rugby union administrator, coach and former player. Regarded as one of the founders of rugby league in the United States, he established the American National Rugby League (AMNRL), the United States' first domestic rugby league competition and formerly the national governing body for the sport. He later served as president of AFL Global, an organization promoting arena football.

The USA Rugby League (USARL) is the official governing body for rugby league, a code of rugby football, in the United States.

The Rhode Island Rebellion were an American semi-professional rugby league football team based in Providence, Rhode Island. The Rebellion compete in the USA Rugby League (USARL), which they joined as a charter franchise in the 2011 season.

Gabriel Farley is a rugby league and rugby union player who plays for the Austin Gilgronis in Major League Rugby (MLR). 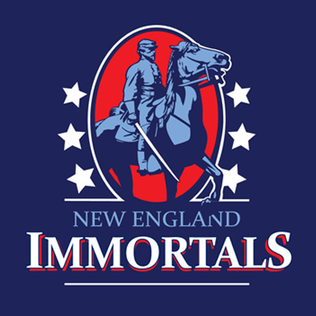 The New England Immortals was the first All-Star representative Rugby League Football team made up of the top American players from all Rugby League teams in the six New England states, and those US athletes who come from the region.

The North American Rugby League (NARL) is an upcoming rugby league club competition in North America. At launch, the league announced fourteen teams; twelve from United States and two from Canada. An inaugural season was planned for 2021 but was deferred until 2022 due to increased health and safety needs regarding COVID-19 and insurance and travel costs. The league will now launch with 6 foundation teams, 5 from the United States and former professional Super League member club Toronto Wolfpack from Canada. The first season was supposed to kick off 21st May 2022, but failed to do so.