As energy is defined via work, the SI unit of energy is the same as the unit of work – the joule (J), named in honour of James Prescott Joule and his experiments on the mechanical equivalent of heat. In slightly more fundamental terms, 1 joule is equal to 1  newton metre and, in terms of SI base units

An energy unit that is used in atomic physics, particle physics and high energy physics is the electronvolt (eV). One eV is equivalent to 1.60217653×10−19 J.

In spectroscopy the unit cm−1 ≈ 0.0001239842 eV is used to represent energy since energy is inversely proportional to wavelength from the equation

The British imperial units and U.S. customary units for both energy and work include the foot-pound force (1.3558 J), the British thermal unit (BTU) which has various values in the region of 1055 J, the horsepower-hour (2.6845 MJ), and the gasoline gallon equivalent (about 120 MJ).

A unit of electrical energy, particularly for utility bills, is the kilowatt-hour (kWh); one kilowatt-hour is equivalent to 3.6 megajoule. Electricity usage is often given in units of kilowatt-hours per year or other time period. This is actually a measurement of average power consumption, meaning the average rate at which energy is transferred. One kilowatt-hour per year is about 0.11 watts.

The calorie is defined as the amount of thermal energy necessary to raise the temperature of one gram of water by 1  Celsius degree, from a temperature of 14.5 °C, at a pressure of 1  atm . For thermochemistry a calorie of 4.184 J is used, but other calories have also been defined, such as the International Steam Table calorie of 4.1868 J. In many regions, food energy is measured in large calories or kilocalories equalling 1000 calories, sometimes written capitalized as Calories. In the European Union, food energy labeling in joules is mandatory, often with calories as supplementary information.

In physics and chemistry, it is common to measure energy on the atomic scale in the non-SI, but convenient, units electronvolts (eV). Because of the relativistic equivalence between mass and energy, the eV is also sometimes used as a unit of mass. The Hartree (the atomic unit of energy) is commonly used in calculations.[ clarification needed ] Historically Rydberg units have been used.

In spectroscopy and related fields it is common to measure energy levels in units of reciprocal centimetres. These units (cm−1) are strictly speaking not energy units but units proportional to energies, with

being the proportionality constant. [1]

The British thermal unit is a unit of heat; it is defined as the amount of heat required to raise the temperature of one pound of water by one degree Fahrenheit. It is also part of the United States customary units. Heat is now known to be equivalent to energy. The modern SI unit for heat and energy is the joule (J); One BTU equals about 1055J.

In physics, an electronvolt is the amount of kinetic energy gained by a single electron accelerating from rest through an electric potential difference of one volt in vacuum. When used as a unit of energy, the numerical value of 1 eV in joules is equivalent to the numerical value of the charge of an electron in coulombs. Under the 2019 redefinition of the SI base units, this sets 1 eV equal to the exact value 1.602176634×10−19 J. 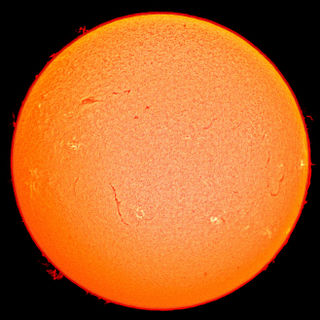 The gas constant is denoted by the symbol R or R. It is equivalent to the Boltzmann constant, but expressed in units of energy per temperature increment per mole, i.e. the pressure–volume product, rather than energy per temperature increment per particle. The constant is also a combination of the constants from Boyle's law, Charles's law, Avogadro's law, and Gay-Lussac's law. It is a physical constant that is featured in many fundamental equations in the physical sciences, such as the ideal gas law, the Arrhenius equation, and the Nernst equation.

The newton-metre is a unit of torque in the SI system. One newton-metre is equal to the torque resulting from a force of one newton applied perpendicularly to the end of a moment arm that is one metre long. The nonstandard notation Nm occurs in some fields.

The therm is a non-SI unit of heat energy equal to 100000 British thermal units (Btu). It is approximately the energy equivalent of burning 100 cubic feet – often referred to as 1 CCF – of natural gas.

The energy content of biofuel is a description of the chemical energy contained in a given biofuel, measured per unit mass of that fuel, as specific energy, or per unit of volume of the fuel, as energy density. A biofuel is a fuel, produced from living organisms. Biofuels include bioethanol, an alcohol made by fermentation—often used as a gasoline additive, and biodiesel, which is usually used as a diesel additive. Specific energy is energy per unit mass, which is used to describe the energy content of a fuel, expressed in SI units as joule per kilogram (J/kg) or equivalent units. Energy density is the amount of energy stored in a fuel per unit volume, expressed in SI units as joule per litre (J/L) or equivalent units.

The watt is a unit of power or radiant flux. In the International System of Units (SI), it is defined as a derived unit of 1 kg⋅m2⋅s−3 or, equivalently, 1 joule per second. It is used to quantify the rate of energy transfer. The watt is named after James Watt, an 18th-century Scottish inventor.

A coherent system of units is a system of units, used to measure physical quantities, which are defined in such a way that the equations relating the numerical values expressed in the units of the system have exactly the same form, including numerical factors, as the corresponding equations directly relating the quantities. Equivalently, it is a system in which every quantity has a unique unit, or one that does not use conversion factors.