Unity Bainbridge OBC (July 6, 1916 – November 30, 2017) was a Canadian artist and writer of poetry inspired by the indigenous peoples of the Pacific Northwest Coast and its landscape.

Her parents were George P. and Deborah Bainbridge. Unity was the eldest of three sisters; her two younger sisters were Ursula Ridgeway and Monica Resnick. She had one daughter, Deborah Ryan. [3] Her niece is Lynn Johnston the comic artist of For Better or For Worse [4]

Bainbridge married in 1946, moved to San Francisco, CA for five years, then moved back to British Columbia. [5]

Bainbridge studied in Vancouver at the then newly formed Vancouver School of Art from 1932-1936 under Grace Melvin and Charles Hepburn Scott. [6]

After graduating from the Vancouver School of Art, she attended the Cornish School of Art in Seattle briefly but returned to Canada within the year. [7]

Bainbridge, in the early 1930s trekked through a vast area of British Columbia's remote wilderness. She preferred to work alone and shunned most art groups. She was invited to join the Canadian Portrait Academy as a Founding Academician, but declined this offer.[ why? ][ citation needed ]

She met Lawren Harris in Vancouver in the 1930s and A.Y. Jackson in Toronto. [8] In 1976-77 she compiled her research and images from repeated trips to communities between Pemberton and Lillooet. The works comprise Songs of Seton and Lullaby of Lillooet, two small books Bainbridge published in limited editions." [6]

Bainbridge met some members of the Group of Seven, and considered Arthur Lismer and A.Y. Jackson among her many mentors. [9]

After returning from Seattle, Bainbridge made her living as a portrait painter in Vancouver. She felt strongly that portraits should be painted from the source, not from a photograph. This lead her to eventually start traveling around British Columbia painting portraits of people during the summers and then returning to Vancouver in the fall. She was especially drawn to paint portraits of the native community of northern B.C. [10]

Bainbridge received the Order of British Columbia in 1993. [16] 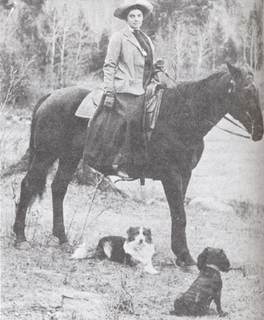 Emily Carr was a Canadian artist and writer who was inspired by the Indigenous peoples of the Pacific Northwest Coast. One of the first painters in Canada to adopt a Modernist and Post-Impressionist style, Carr did not receive widespread recognition for her work until she changed subject matter from Aboriginal themes to landscapes—forest scenes in particular. As a writer Carr was one of the earliest chroniclers of life in British Columbia. The Canadian Encyclopedia describes her as a "Canadian icon".

Sophia Theresa "Sophie" Pemberton or Sophie Pemberton Deane-Drummond was a Canadian painter. Despite the social limitations placed on female artists at the time, she made a noteworthy contribution to Canadian art and, in 1899, was the first Canadian woman to win the Prix Julian from the Académie Julian for her portraiture. She was a near contemporary of Emily Carr, and the two artists spent much of their lives in the same small city.

Landon Mackenzie is a Canadian artist based in Vancouver, British Columbia. She is nationally known for her large-format paintings and her contribution as a professor at the Emily Carr University of Art and Design.

Angela Grossmann is a Canadian artist, known for her oil paintings and mixed media collages. Her works range from simplistic drawings to rendering of the human body by layering torn and manipulated photos of body parts.

Daina Augaitis is a Canadian curator whose work focuses on contemporary art. From 1996-2017, she was the chief curator and associate director of the Vancouver Art Gallery in British Columbia, Canada.

Marianna Schmidt was a Hungarian-Canadian artist who worked primarily as a printmaker and painter.

Judy Radul is a Canadian multidisciplinary artist, writer and educator. She is known for her performance art and media installations, as well as her critical writing.

Ann Kipling is a Canadian artist who creates impressionistic portraits and landscapes on paper from direct observation. Kipling's distinctive style of overlapping, temporally suggestive linework is formed through her working process, which involves drawing her subject over time, recording subtle shifts in movement in the sitter or landscape during that period. Her work is characterized by a flat sense of space, where lines are used to frame a vibrating and gestural idea of her subject, rather than a direct representation of form. While not directly connected to any art movement in particular, connections can be made to Chinese landscape painters and the watercolours of Paul Cézanne. Using colour minimally, her primary media is etching, drawing, watercolours, pen, pencil, pastels and pencil crayons. She lives and works in Falkland, BC, a location which serves as a focus for her recent landscapes.

Edith Beatrice Catharine Lennie was a Canadian painter and sculptor. She is primarily known for her public sculptures in Vancouver, British Columbia, many of which remain in Vancouver today. Lennie was more concerned with rendering an idea than with a realistic depiction of her subject.

Arabella Campbell is a Canadian artist based in Vancouver, British Columbia. She graduated with a Bachelor of Arts from the University of British Columbia in 1996, and a Bachelor of Fine Arts from Emily Carr University of Art and Design in 2002. She attended the San Francisco Art Institute from 1998 to 2000. She is represented by Catriona Jeffries Gallery and has exhibited locally, nationally, and internationally. She works out of a warehouse studio in False Creek Flats, Vancouver.

Elizabeth MacKenzie is a Canadian artist based in Vancouver known for her drawing, installation and video since the early eighties. MacKenzie uses drawing to explore the productive aspects of uncertainty through the use of repetition, interrogations of portraiture and considerations of intersubjective experience. Her work has been characterized by an interest in maternal ambivalence, monstrous bodies, interrogations of portraiture and considerations of the complexity of familial and other interpersonal relations.

Kimberly Phillips is a writer, educator and curator in Vancouver, British Columbia, Canada. As of August 2017, Phillips is a Curator at the Contemporary Art Gallery, Vancouver, a non-profit public art gallery. She holds a Ph.D. in Art History, Visual Art & Theory from the University of British Columbia. Phillips has taught at the undergraduate and graduate levels, often teaching curatorial practice and the history of modern and contemporary visual art at Emily Carr University of Art + Design (ECUAD) and the University of British Columbia (UBC). Phillips is Sessional Faculty at ECUAD and is Course Leader for the Low Residence Masters of Applied Art program. Phillips has authored numerous articles and exhibition catalogues on contemporary art and artists. Her writings have appeared in Artforum, Canadian Art Magazine, and Fillip.

Tsēma Igharas, formerly known as Tamara Skubovius, is an interdisciplinary artist and member of the Tāłtān First Nation based in Vancouver, British Columbia. Igharas uses Potlatch methodology in making art, to assert the relationships between bodies and the world, and to challenge colonial systems of value and measurement of land and resources.

Judith Schwarz is a Canadian visual artist. Her work has been featured in exhibitions since 1979.