UNEM is authorized by the Asesoria Legal del Ministerio de Educación No. ATJ-167-CONESUP to operate internationally, to offer international programs, and to grant bachelor's, master's and doctorate degrees with agreements with foreign universities [6]

In 2013 the university was described by The Costa Rica Star as "infamous" for its involvement in several diploma mill allegations, in cases where students paid to receive degrees without following a course of study. [7] The university has awarded PhD degrees to people in Germany and the United States. [7] A 2008 investigation by Der Spiegel failed to find any legitimate campus or professors associated with UNEM. [8]

UNEM was founded in 1992 as an international graduate school, and acquired its present name and status in 1997. [9]

Hun Sen, the Cambodian prime minister, was made an "Honorary Professor of Diplomatic and International Relations" in July 2008. [11]

Also in 2008, Yahya Jammeh, president of The Gambia, was awarded an Universidad Empresarial honorary professorship in traditional medicine by the International Parliament for Safety and Peace, a private Italian organisation. [12]

In the 2012 Classbase rating of web presence, it was not among the top one hundred universities in Latin America; [17] it was rated eleventh of the thirteen universities listed for Costa Rica. [18] 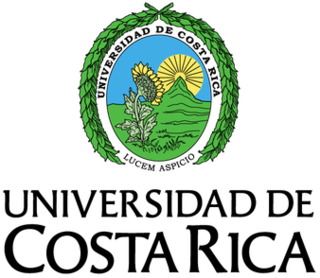 Centro de Enseñanza Técnica Y Superior (CETYS) University is a private Institution of Higher Education founded in 1961, located in the Baja California region, one of the most dynamic in the world. CETYS is a three-campus university system developing well-rounded persons in Engineering, Business and the Social Sciences.

The University of Medical Sciences is a private medical school in San José, Costa Rica. It is the largest and oldest private medical school in Costa Rica and one of the most prestigious in Latin America. Currently the main campus is located in the country's capital with the latest technology in medical education and one of the best simulated hospitals in the region. The university offers a great variety of degrees such as Doctor of Medicine, Doctor of Microbiology and Clinical Chemistry, Licentiate of Physiotherapy, Licentiate of Nutrition and Doctor of Pharmacy. UCIMED also offers master's degrees and medical specialties such as a Master's Degree in Health Management and Specialty in Gynecology and Obstetrics.

Imanol Ordorika Sacristán is a Mexican social activist, political leader, academic and intellectual. He was one of the initiators and principal leaders of the Consejo Estudiantil Universitario at the National Autonomous University of Mexico, with Carlos Imaz Gispert and Antonio Santos Romero, from 1986 to 1990. A founder and prominent member of the Partido de la Revolución Democrática (PRD) until 2001. Professor of social sciences and education at the Universidad Nacional Autonoma de Mexico. Ordorika is an active participant in the Mexican political debate as well as an Op-ed writer for La Jornada and other Mexican media.

INCAE Business School is an international business school located at the Francisco de Sola campus in Nicaragua and the Walter Kissling Gam campus in Costa Rica. The Financial Times has ranked INCAE as a top global MBA program and The Wall Street Journal has ranked INCAE Business School as one of the top 10 international business schools in the world.

Quacquarelli Symonds (QS) is a British company specialising in the analysis of higher education institutions around the world. The company was founded in 1990 by Nunzio Quacquarelli.

QS World University Rankings is an annual publication of university rankings by Quacquarelli Symonds (QS). Previously known as Times Higher Education–QS World University Rankings, the publisher had collaborated with Times Higher Education (THE) magazine to publish its international league tables from 2004 to 2009 before both started to announce their own versions. QS then chose to continue using the pre-existing methodology, while THE adopted a new methodology to create their rankings. 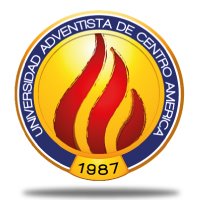 Mirta González Suárez is a Costa Rican social psychologist and novelist. She is an emeritus professor of psychology at the University of Costa Rica, where she has conducted research in women's studies and political psychology. Her first novel, Crimen con sonrisa, won a national literary award, the Aquileo J. Echeverría Award in 2013.