The Félix Adam Experimental University ( Spanish: "Universidad Experimental Felix Adam" (UNEFA)) is a private university in the Dominican Republic, founded in Santo Domingo, Distrito Nacional on February 14, 1996. The institution is sponsored by the Foundation Academia de Profesores para la Paz Mundial (APROPAZ, Professors for World Peace Academy), which was founded in 1991. The Dominican National Council of Higher Education (CONES) approved UNEFA through the resolution No. 010/96. 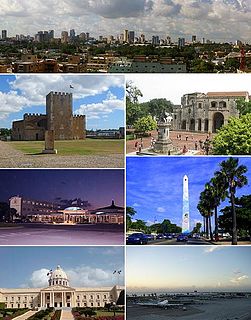 UNEFA offers three types of study plans: Supervised Open Studies (EUAS), a modality consisting of part-time attendance and supervised studies, monitored by professors and facilitators; Free Open Studies (ELIS), requiring from the students certain part-time contact with the university with at least one fourth of any degree's core courses; and the Accreditation of Knowledge by Experience (PAAPE), which is a continuous process in which obtained knowledge is accredited towards the completion of a chosen degree, based on its correspondence to required levels of higher education studies.

The University is named after Félix Adam, who helped eradicate illiteracy in Caribbean countries like Cuba and Dominican Republic; Central America, such as Costa Rica, Panama, Honduras, Nicaragua and El Salvador; and in South America in Peru, Bolivia and Uruguay. Based in his Venezuelan experience, he organized in these countries literacy campaigns, school farms and Adult Education Centers. For his outstanding contributions in Latin American and the Caribbean, he received in 1967 the World Literacy Prize Mohamed Reza Pahlavi, which UNESCO was granting for the first time . Arguably his most significant contribution to Education was made in 1971 when he submitted for consideration by UNESCO its greatest work “Andragogy: Science of Adult Education.”

A doctorate or doctor's degree or doctoral degree, is an academic degree awarded by universities, derived from the ancient formalism licentia docendi. In most countries, it is a research degree that qualifies the holder to teach at university level in the degree's field, or to work in a specific profession. There are a variety of names for doctoral degrees; the most common is the Doctor of Philosophy (PhD), which is awarded in many different fields, ranging from the humanities to scientific disciplines.

A Doctor of Medicine is a medical degree, the meaning of which varies between different jurisdictions. In the United States, Canada and some other countries, the MD denotes a professional graduate degree awarded upon graduation from medical school. In the United Kingdom, Ireland and other countries, the MD is a research doctorate, higher doctorate, honorary doctorate or applied clinical degree restricted to those who already hold a professional degree in medicine; in those countries, the equivalent professional degree is typically titled Bachelor of Medicine, Bachelor of Surgery (MBBS).

Education in Nepal was long based on home-schooling and gurukulas. The first formal school, established by Jung Bahadur Rana in 1853, was intended for the elite. The birth of Nepalese democracy in 1951 opened its classrooms to a more diverse population. Education in Nepal from the primary school to the university level has been modeled from the very inception on the Indian system, which is in turn the legacy of the old British Raj.

The Validation or recognition of foreign studies and degrees is the process whereby a competent authority in one country formally recognises the value of a qualification from a foreign country. This can entail total or partial validation of foreign university and non-university studies, degrees and other qualifications. Particularly within Europe, this is covered by a number of international conventions and agreements.

Doktor nauk is a higher doctoral degree which may be earned after the Candidate of Sciences.

The UNESCO King Sejong Literacy Prize is an annual prize awarded to two institutions, organizations or individuals "for their contribution to the fight against illiteracy."

Higher education in Ukraine operates several levels, all of which are regulated by the Ministry of Education and Science of Ukraine. In early 2016, Ukraine had 802 universities, but the Ministry intends to lower that number to 317. In 2016-17, the number of students in higher education was 1,586,700.

Revans University, also known as The University of Action Learning (UAL), is the unaccredited degree-awarding body for the UK-based International Management Centres Association. Revans University's registered address is in Port Vila, Vanuatu, though it has also been associated with Boulder, Colorado. It has no physical campus and all its activities take place online. As of 2005, Revans University's partner organization IMCA was based in Buckingham, UK. 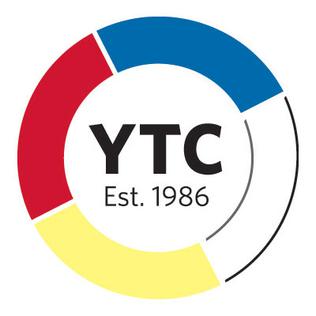