The Université La Sagesse (in Arabic جامعة الحكمة), also known by the acronym ULS is an established academic institute in Furn-El-Chebak, [1] Lebanon. The university was established according to decree 1947 in 1999. [2] But the university's Higher College of Law goes back to 1875.

The university is associated with Collège de la Sagesse, a Lebanese educational institution founded in 1875 [3] that ran a Higher Institute of Law now incorporated in the university. Sagesse also includes a wide network of Lebanese Maronite elementary and secondary schools many of them continuing to study at the university.

But the university runs independently from the Sagesse school programme although it is similarly supervised by the Maronite Catholic Archeparchy of Beirut.

The University of Wisdom provides young people with a wide range of specializations that enable them to acquire the skills necessary for the success of their project,. [4]

The main new campus of the university was inaugurated by Maronite Patriarch Nasrallah Boutros Sfeir on 28 June 2002. The campus with modern architecture headquartered in the Beirut suburbs, consists of four blocks of buildings of seven stories each, a ground floor and two underground floors for parking for 500 cars. The campus can accommodate to around 3,500 students on a full-time basis. The campus includes a library, a chapel in the name St. Joseph, a "salle de congrès" and "salle polyvalente", a theatre etc. There is also another campus dedicated to the Faculty of Hotel Management in Ashrafieh, Beirut.

Collège de la Sagesse ran the Sagesse Higher Institute (معهد الحكمة العالي) mainly an Institut de Droit (Higher Institute of Law) starting 1875. The Law for the Organization of Higher Education in Lebanon (قانون تنظيم التعليم العالي) dated 26 December 1961 acknowledged in its article 17 the Institut de Droit as an approved institution of higher learning. The institute remained headquartered in College de la Sagesse until the establishment of Université La Sagesse in 1999 with the Faculty of Law moving to the new campus premises in 2002.

Université La Sagesse was established in 1999 according to decree 1947 dated 21 December 1999, with approved faculties for Law, Canonical Sciences, Business and Finance, Political Science and International Relations. In 2007, Hotel Management was added by a decree in 2007, and the Institut de Droit was approved as a full faculty in 2008. The faculty of Public Health was added in 2012. Canonical Law was approved in 2014. The main language of education is French in addition to English and Arabic language wherever needed, specially in the legal faculties.

The Lebanese University (LU),, is a low tuition public university in Lebanon ranked #3746 worldwide in terms of education.

Beirut Arab University (BAU) is a Lebanese private university located in Beirut, Lebanon. It was founded by the Lebanese El-Bir and Ihsan Society in. The university is ranked among the top universities in the Arab Region by 2015/16 QS World University Rankings. 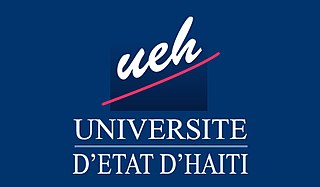 Education in Lebanon is regulated by the Ministry of Education and Higher Education (MEHE). In Lebanon, English and/or French with Arabic are taught from early years in schools. English or French are the mandatory media of instruction for mathematics and science for all schools. Education is compulsory from age 6 to 14.

Saint Joseph University is a private Catholic research university in Beirut, Lebanon, founded in 1875 by the Jesuits. According to the 2012–2013 Times Higher Education World University Rankings, powered by Thomson Reuters, Saint Joseph University ranks as the second best university in Lebanon, and among the top academic institutions in the Middle East. Its alumni include numerous Lebanese presidents, ministers, philosophers, intellectuals, clerics and beyond. As Lebanon's oldest and main French medium university, while promoting Lebanese culture, admission openly disregards any ethno-religious affiliations, encouraging trilingualism of French, Arabic and English. Additionally, it is known for its university hospital, Hôtel-Dieu de France. 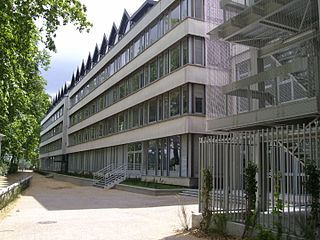 Sagesse Sports Club, also known as Hekmeh in Arabic, is a Lebanese sports club based in Beirut. 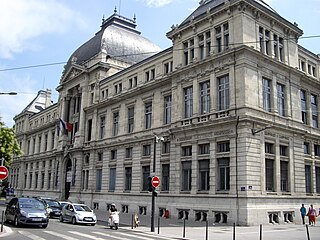 Jean Moulin University Lyon 3, also referred to as Jean Moulin or Lyon III, is a multidisciplinary public university in Lyon, France, based in Law and social sciences. It is under the purview of the Academy of Lyon. A total of 29,000 students study there for undergraduate and posgraduate degrees. It has three campuses in Lyon. The university is a member of the University of Lyon, the Coimbra Group and the European University Association (EUA).

Notre Dame University–Louaize (NDU) is a private Catholic university in Zouk Mosbeh, Lebanon, founded as Louaize College for Higher Education in 1978 in cooperation with Beirut University College. The name was changed to its present name on August 14, 1987, when the President of the Lebanese Republic issued a decree, granting the right to operate an independent university. NDU is accredited by NECHE, [The New England Commission of Higher Education], and currently ranked 5th in Lebanon, according to its presence on the Web by the Webometrics Ranking of World Universities.

The Holy Spirit University of Kaslik, is a private Catholic university in Mount Lebanon, founded in 1938 by the Lebanese Maronite Order (LMO). USEK is multilingual. The university has seven schools, one faculty, one pontifical faculty, and four Institutes employing 850 teachers and researchers.

The American University of Science and Technology (AUST) is a private, non-sectarian, and co-educational American university in Lebanon.

Sagesse Sports Club, or Hekmeh Sports Club in Arabic, is a multi-sports club in Lebanon.

The Collège de la Sagesse is a Lebanese major national and Catholic school founded in 1875 by the Maronite archbishop of Beirut at the time, Joseph Debs who laid the first stone of the original building. The school originally known as l'École de la Sagesse is one of the oldest educational institutions in Lebanon and the region. The school offers programs leading to the Lebanese Baccalaureate and the French Baccalaureate. It serves toute petite section through terminale S.

Hekmeh, is Arabic for wisdom in English and sagesse in French

Monsignor Camille Moubarak is a Lebanese political scientist, political activist, philosopher, scholar, researcher, poet, writer, and a Maronite Priest. He is best known for his social and political doctrines conferred in Lebanon, for the maintenance of peace and social cohesion in a country torn by tensions and intercommoned strife. He has lectured about peace, held interviews on TV, radio, social networks, and newspapers to spread awareness for all the people around, sparing them from risks of civil war and bringing a sense of democracy, awareness, accepting and tolerating each other.