University Hospital Heidelberg (German : Universitätsklinikum Heidelberg) is a university hospital in Heidelberg, Germany and is with 1,991 beds one of the largest medical centers in the country. [1] [2] It is closely linked to Heidelberg University Medical School (Heidelberg University Faculty of Medicine) which was founded in 1388 and is thus the oldest within the Federal Republic of Germany. [3] [4]

Over 1 million patients per year are treated at the University Hospital Heidelberg. [5] The hospital is especially renowned for the treatment of cancer. A recent innovation in the care of cancer patient is the foundation of the National Center of Tumor Diseases (NCT) in cooperation with German Cancer Research Center (DKFZ). [6] The goal of NCT is an interdisciplinary collaboration between various clinical and basic science disciplines and the fast implementation of new and innovative therapeutic procedures. A good example for the Heidelberg's leading position in innovative cancer research and treatment is HIT (heavy ion therapy). [7] HIT utilizes scanned beams of heavy ions, like carbon ions, and is thought to be superior in the treatment of some cancers compared to normal photon radiation. The new facility at University Hospital Heidelberg is unique in the world. The HIT radiation beam is directed by a 600 metric ton gantry which is rotated to focus the beam. [8]

History of the hospital 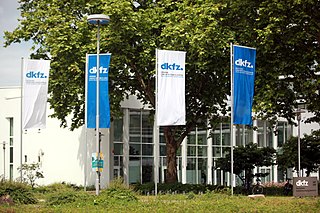 The German Cancer Research Center, is a national cancer research center based in Heidelberg, Germany. It is a member of the Helmholtz Association of German Research Centres, the largest scientific organization in Germany.

The University Medical Center Freiburg(Universitätsklinikum Freiburg) in Freiburg, Germany is the teaching hospital and part of the medical research unit of the University of Freiburg and home to its Faculty of Medicine. The medical center is one of the largest hospitals in Europe. Medical services at the University of Freiburg date back to the university's founding in 1457, as the Faculty of Medicine was one of the four founding faculties.

The University Medical Center Hamburg-Eppendorf is the teaching hospital of the University of Hamburg and the largest hospital in Hamburg, Germany.

PATH Biobank is a German biobank for breast cancer, established in 2002 from patients for patients. PATH is an independent non-profit foundation with the purpose of supporting breast cancer research with high quality tumor tissue. In order to achieve this goal, PATH operates sample storage tanks with liquid nitrogen at seven German breast centers. Tumor tissue and blood serum from breast cancer patients are stored in these tanks. More than 7200 women have consented to the storage of their tissue since 2004. A centralized database complements the biobank with important patient information. PATH is a joint venture of clinicians, scientists and patients. Via sample collection for cancer research, these partners aim to close the gap between basic science and fast implementation in the clinical practice.

Gerd Uwe Auffarth is a German eye surgeon and is Chairman of the Department of Ophthalmology at the Heidelberg University Eye Hospital and Head of the David J. Apple Center for Vision Research which includes the David J. Apple International Laboratory for Ocular Pathology.

Cornelia "Neli" Ulrich is executive director of the Comprehensive Cancer Center at Huntsman Cancer Institute (HCI), Jon M. and Karen Huntsman Presidential Professor in Cancer Research, and former Division Chief of Cancer Population Sciences in the Department of Population Health Sciences at the University of Utah. Ulrich oversees HCI's academic consortium of nearly 200 cancer research teams. She leads efforts to advance the impact of HCI's research in laboratory, clinical and population science, with the goal of improving cancer prevention and treatment. Prior to joining HCI, she was the director and department head of preventive oncology at the National Center of Tumor Diseases (NCT) and German Cancer Research Center (DKFZ) in Heidelberg. During this time, she also held a Professorship at the DKFZ and University of Heidelberg. From 1993 until 2009, Ulrich was a Member of the Fred Hutchinson Cancer Research Center and Professor in Epidemiology at the University of Washington in Seattle. 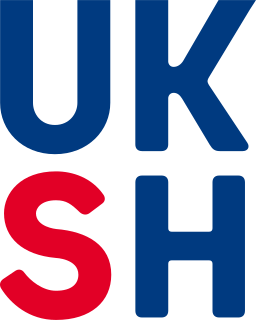 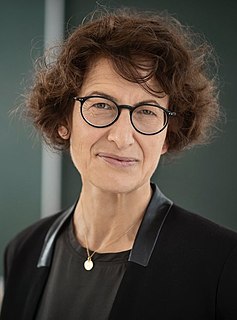 Özlem Türeci is a German physician, scientist and entrepreneur. In 2008, she co-founded the biotechnology company BioNTech, which in 2020 developed the first messenger RNA-based vaccine approved for use against COVID-19. Türeci has served as BioNTech's chief medical officer since 2018. Since 2021, she has been Professor of Personalized Immunotherapy at the Helmholtz Institute for Translational Oncology (HI-TRON) and Johannes Gutenberg University Mainz. Türeci and her spouse, Uğur Şahin, have won a number of awards.

Magnus von Knebel Doeberitz is a molecular oncologist and virologist, a Professor of Molecular Oncology and Medical Director of the Department of Applied Tumor Biology at the Institute of Pathology at the University Hospital of Heidelberg. He also heads a Clinical Cooperation at the German Cancer Research Center.